Report: What Conor McGregor's new UFC contract is worth per fight

"It's Conor McGregor's world and they're living in it."

Conor McGregor's new contract with the UFC is worth between $16-$20 million per fight (€14-€18 million) and that's before he takes his share of PPV revenue, according to Jeremy Botter.

The Bleacher Report journalist was on Newstalk's Off the Ball show this evening, discussing the possibility of McGregor potentially leaving the UFC, and his ambitions to fight in Croke Park.

According to Botter, the reporter who broke the news of McGregor's upcoming fight against Rafael dos Anjos at UFC 197, the Dubliner's new contract commenced after he defeated Jose Aldo at UFC 194 last month. 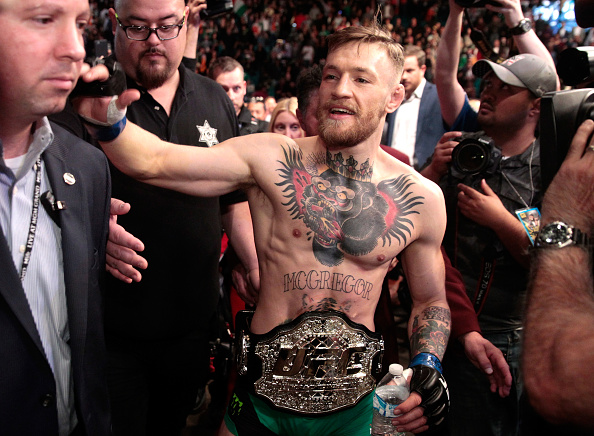 "I don't know the exact terms of the deal, but I've been told he's making between $16 and $20 million dollars per fight," Botter said.

The reporter also claimed that if McGregor was to continue winning he'll outgrow the UFC and have the capacity to become a PPV draw on the level of boxer Floyd Mayweather.

"You're looking at five fights, six fights maybe left in the UFC, as long as he keeps winning. This is predicated on him winning."

"I think we're looking at a short-term play by Conor McGregor."


popular
Kilkenny youngster pulls off the no-look hand-pass once more
"Conor Murray was hung out to dry"
Guinness Pro14 preview: Leinster v Glasgow
Jarlath Burns: The club man going to the top so he can bring it all back
"I want the lads to realise there's only a certain amount of time, 'let's make the best of this'"
"Ireland don't ever do anything different and that's the worry" - Mike Tindall
ROG hits the nail on the head assessing Ireland's performance
You may also like
1 month ago
Conor McGregor demands apology from ESPN pundit over Cerrone comments
1 month ago
"I saw a guy that looked like he didn't want to be there for some reason"
1 month ago
"Conor's definitely going to be competing before the summer" - John Kavanagh
1 month ago
"This dude doesn't want the fight and I'm not here to bully" - Jorge Masvidal
1 month ago
Conor McGregor on his post-fight comments to Donald Cerrone
1 month ago
"If there's a stadium show happening in Europe, it's happening in Ireland"
Next Page