SportsJOE gives you a run-down on the bets to make on the "I can't believe it's not Dublin" event in Boston.

McGregor seems to be extremely confident that there's only one possible outcome to this fight. His prediction that Siver will be dropping down to the canvas unconscious within the first two minutes is bold but, considering he delivered on his first-round KO promise in his last two fights, who are we to doubt to his abilities? If you want to play it a bit safer, don't bet on the round. Siver will try everything in his power to avoid giving McGregor the satisfaction of an early KO. 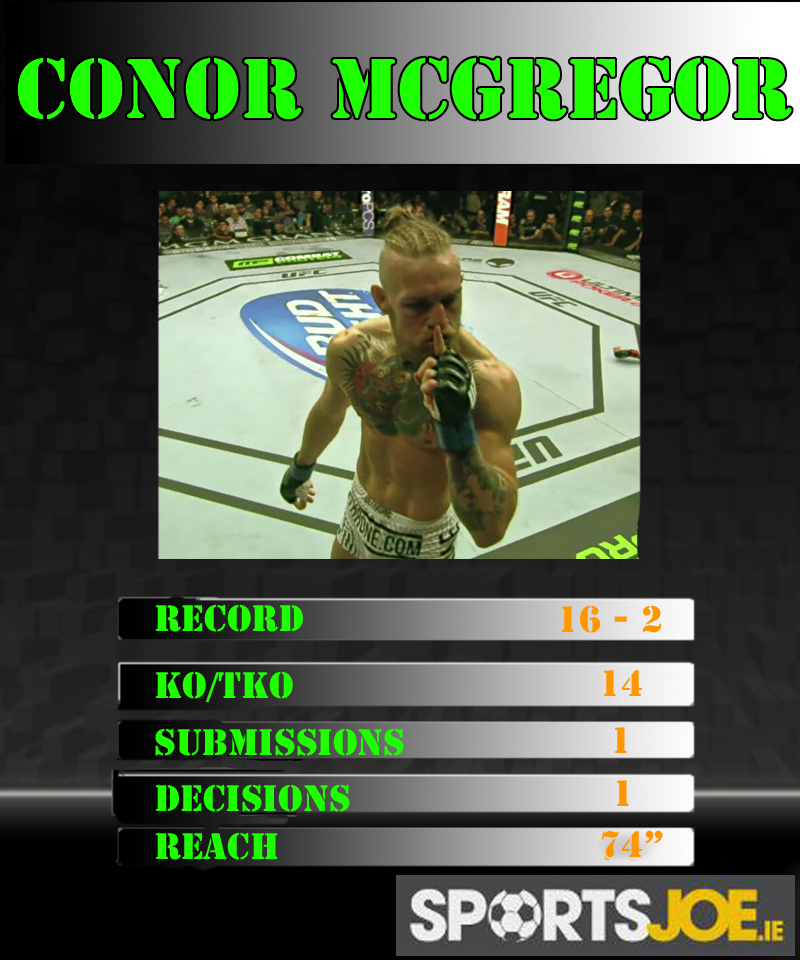 END_OF_DOCUMENT_TOKEN_TO_BE_REPLACED

If you believe what the McGregor bashers say, the Irish UFC superstar has no ground game. (To get on board with this theory, you have to ignore his brown belt and the fact that he trains with arguably the best BJJ practitioner on the continent in Gunnar Nelson) Siver has nine submissions under his belt and if he manages to get the game to the mat and McGregor has an uncharacteristic lapse in concentration, the German could conceivably force the tap.

It would be a big pay-off but be warned, this bet epitomises the term "long shot". It's almost certainly not going to happen. 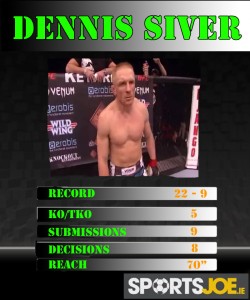 Benson Henderson is going to be a lot fresher than Cerrone going into this bout. Smooth's last trip to the Octagon was in August of last year while his opponent fought in the co-main event of UFC 182 just 15 days before the Boston card. Add this to the fact that Henderson holds two victories over Cowboy and you begin to see why he's the favourite for this bout, despite the fact that he's coming off a loss. 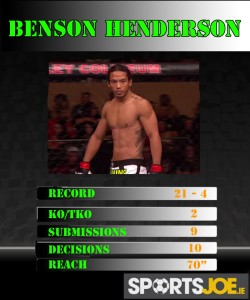 END_OF_DOCUMENT_TOKEN_TO_BE_REPLACED

On the other hand, Cerrone is annihilating everyone the UFC has been throwing at him lately. He is currently riding a six-fight win streak, most of which have been against elite fighters.

Henderson, who's known for being a tactical fighter, has been preparing to fight Eddie Alvarez for most of his training camp, and more importantly hasn't been training for Cowboy. You must also remember that Bendo is coming off the first KO loss of his career which came at the hands of Rafael dos Anjos at Fight Night 49. Who knows if his chin will be the same? The one guarantee is that it will be tested by Cerrone. 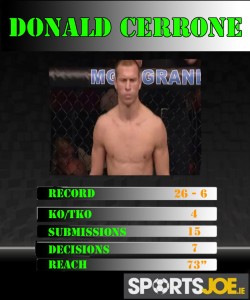 Ever since that now infamous spinning hook kick on the Ultimate Fighter, the MMA community has been taking note of Uriah Hall. He is one of the most naturally gifted athletes in the sport and his impressive reach means that he can knock opponents out from distance. He shouldn't have any problems against the promotional newcomer Taylor, who replaced Costas Philippou on very short notice. 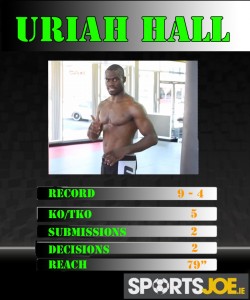 The thing about Hall is, despite being a supremely talented fighter, he has an abysmal attitude. His embarrassingly horrendous performance that saw him lose a split decision to the vastly inferior John Howard at UFC Fight Night 26 was a prime example of his poor mindset. If the laaate replacement Ron Stallings catches him on an off-day, it's not unthinkable that he can grind his way to victory.

Even though Parke is the underdog for this fight, an impassioned and Irish-friendly Boston crowd could provide the Bushmills fighter with the edge to grab the win. Going up against grappling master Tibau will mark the toughest test of his career but Parke, who's undefeated under the UFC banner, undoubtedly possesses the requisite skills to cause the upset. 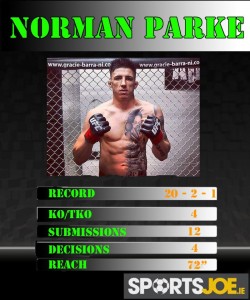 To say that Tibau is experienced would be a massive understatement. He is a true UFC veteran in every sense of the word. The 31-year-old has fought in an astonishing 21 UFC bouts and is gunning for Tito Ortiz's record of 25. He's beaten up-and-comers like Parke before, and he has every chance of doing it again. How Parke copes with his grappling will be key to the outcome of this fight. 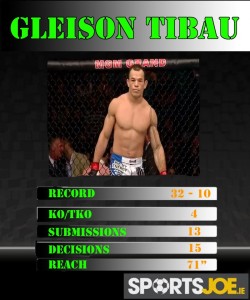 It may come as a surprise that the former Cage Warriors champion enters into this bout as a slight underdog. Sure, his last victory against Umalatov was unconvincing but he showed great nerve to secure the win against a fighter who tried everything in his power to avoid engaging in a fight. Pendred has promised that he has improved his game even more since his stunning promotional debut against Mike King in Dublin. If this is true then Spencer doesn't stand a chance. 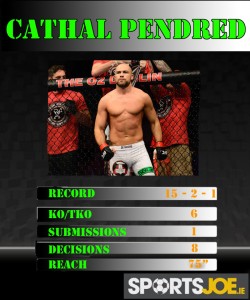 Remember, anything can happen in MMA. There is always a chance that for whatever reason, Pendred doesn't perform to the best of his abilities, like the Umalatov fight. If that happens, Spencer is more than capable of capitalising and taking the victory. The American has gone to the judges' scorecards in two-thirds of his MMA wins and he could grind out a decision against Pendred on an off-day. 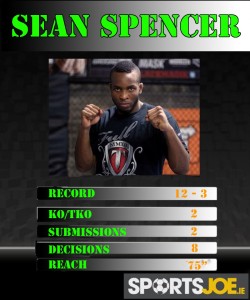 Holohan will be looking to set the record straight after his disappointing loss to Chris Kelades in Halifax. He'll have the crowd behind him in Boston, which is an atmosphere under which he is likely to thrive. Only one of his 10 wins have been decisions whereas Howell has been submitted five times and knocked out once in his career. If the Dubliner wins, he's likely to do so by ending the contest early. 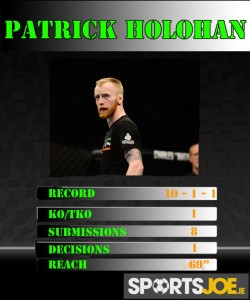 Holohan may be a submission specialist but the same could be said about Howell, who has seven submissions under his belt. This could end up being a chess match if the bout gets taken to the ground. One slip from Holohan and Howell will be more than content with seizing the opportunity and sinking in one of his trusty chokes. 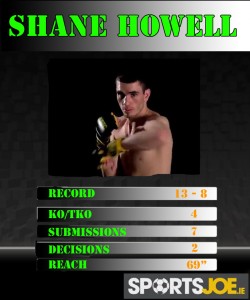 All odds are correct at the time of writing according to Ladbrokes.