Pics: People are accusing Conor McGregor of stealing his image from a Canadian model

Everyone and their mother seems to be copying Conor McGregor's style these days, but the Notorious' look may not have been the original.

Since McGregor became a UFC superstar, there seems to have been a noticeable increase in the demand for his trademark haircut in Irish barbers, beard growth is on the rise and even tattoos seem to be getting more mainstream.

Despite having a very distinctive style, McGregor doesn't appear to have started the "McGregor trend". A Canadian model named John Mario John appears to have had an eerily similar overall look to McGregor since before the Notorious was thrust into the public eye.

Check out the photos below and decide for yourselves. Note the Tiger tattoo on the torso.

Here's a pic of Conor McGregor as a comparison, just in case you forgot what he looked like. 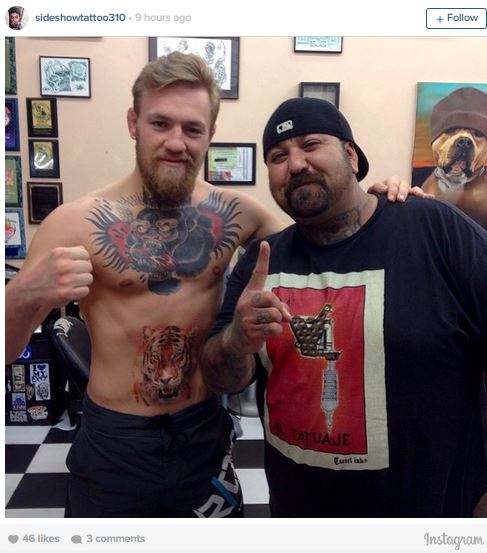 As it happens, McGregor discussed his very keen interest in his own style in his latest exclusive SportsJOE.ie video diary a couple of weeks ago.