Evangelista Santos' skull is actually looking in pretty OK shape considering the fact that he suffered a compound fracture less than a fortnight ago.

'Cyborg' sustained one of the most serious injuries in mixed martial arts history when he was defeated by Michael Page at Bellator 158.

A flying knee from 'Venom' left the Brazilian welterweight clutching his face in pain and it emerged after the fight that it had left a considerable dent in Santos' forehead.

Michael "Venom" Page finished his opponent with a flying knee then captured him with a Pokeball. Savage. #PokemonGo https://t.co/wXcU4Thq9k

END_OF_DOCUMENT_TOKEN_TO_BE_REPLACED

Santos amazingly played down the horrendous injury, claiming he didn't even spend the night in hospital and was able to wait until he returned to the United States for surgery.

"It’s only a fracture, it didn’t hit my brain. I’m fine," Santos told Ariel Helwani last week. "Actually, I didn’t even stay in the hospital. I was there for five or six hours, and then I came back to the hotel. I couldn’t fly back to the United States on Sunday, but I'll have surgery in the United States. I’ll be back soon. Thank God I had no brain damage. I didn’t feel dizzy or anything like that. I wasn’t knocked out. I felt the pain due to the fracture. It was superficial, so it’s fine."

That surgery took place on Thursday and 'Cyborg' has since shared before and after pictures of his skull to MMA Fighting's Guilherme Cruz, as well as images of a very large scar. 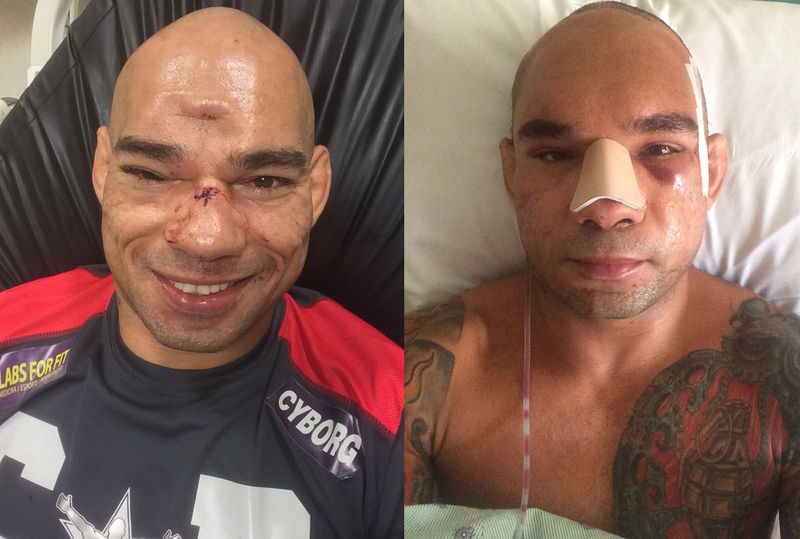 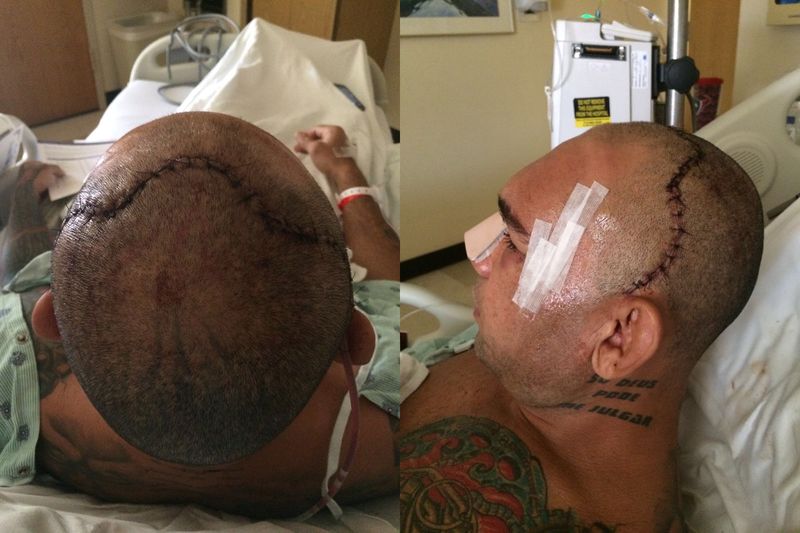 That is one tough human being.


popular
Iran demand action by FIFA after USA team change flag on social media
World Cup 2022 Day Nine: All the major action and talking points
"I appreciate Moycullen now more than ever" - Cooke's American lifestyle from a Moycullen base
Roy Keane's issue with Argentina star could rival Graeme Souness and Paul Pogba
GAA JOE Team of the weekend
"It's not acceptable. It was out of order." - Hamann blasts Rudiger for appearing to disrespect Japanese player
Roy Keane cracked up Ian Wright and Gary Neville with England team spirit remark
You may also like
2 years ago
"When you grow up in these places, if you can't fight you're f***ed" - James Gallagher
3 years ago
James Haskell responds to MMA call-outs by Neil Best and Andy Powell
3 years ago
James Gallagher set to headline Bellator show in Dublin
3 years ago
'I really think that me and Ben Askren are gonna fight' - Dillon Danis
3 years ago
'Bellator has a Dublin show in September so I'm thinking of bothering them about it' - Heather Hardy
3 years ago
'Katie's an Olympic gold medallist who unified the belts but is not getting paid like a man'
Next Page