Who could have predicted this 12 months ago?

Not only are movement coaches becoming more and more involved in the sport of MMA but now they're becoming the source of trash-talk between opponents.

Conor McGregor has continued his work with Israeli movement expert Ido Portal in the build-up to UFC 196 and it came in for some ridicule from McGregor's opponent Nate Diaz in Thursday's UFC 196 press conference.

END_OF_DOCUMENT_TOKEN_TO_BE_REPLACED

Having earlier described McGregor's work with Portal as "touch-butt," Diaz was pushed to explain himself further and he didn't need a second invitation.

"I train with top guys," Diaz said. "I train with Kron Gracie, world champion and best Jiu-Jitsu guy there is.

"I train with Nick [Diaz], Jake [Shields] and Gil [Melendez], top 10 MMA fighters and Joe Schilling, a top 10 kickboxer. Just all around top 10 guys and all I see is this guy in the park with that goofball with the ponytail." 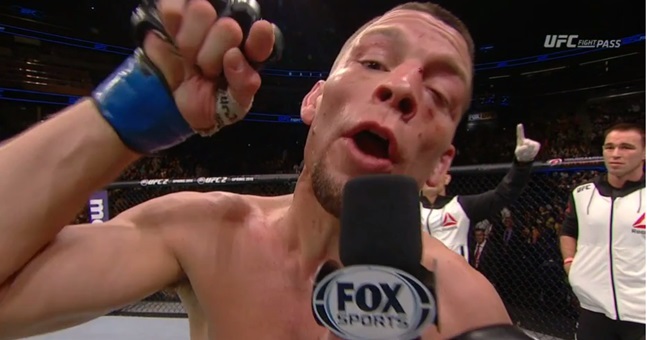 END_OF_DOCUMENT_TOKEN_TO_BE_REPLACED

McGregor interjected which led to more criticism towards Portal's usefulness to a fighter.

"You train with bums," McGregor said.

END_OF_DOCUMENT_TOKEN_TO_BE_REPLACED

"What bums? That funny motherfucker with the stupid haircut?" Diaz shot back.

Diaz replied: "One of my little ass dudes would slap the shit out of that guy, fuck!"

And after all of the dust settled and the post-match shemozzle was broken up, Portal took to Facebook to respond to Diaz.

So I still didn't get it, Nate Diaz, first it's you who were doing some movement training already back in the day but then it's a shitty approach to take??

Which one is it?!

Well, mr Diaz is under a lot of pressure. I understand mistakes can happen.

Seriously, next time I'll jump on stage with my pool noodle and smack some heads around.