Stipe Miocic not impressed with Daniel Cormier at UFC 230, believes he should have gotten rematch

Stipe Miocic is the most successful heavyweight champion in UFC history. Until he came along nobody had defended the title of 'baddest man on the planet' more than twice. 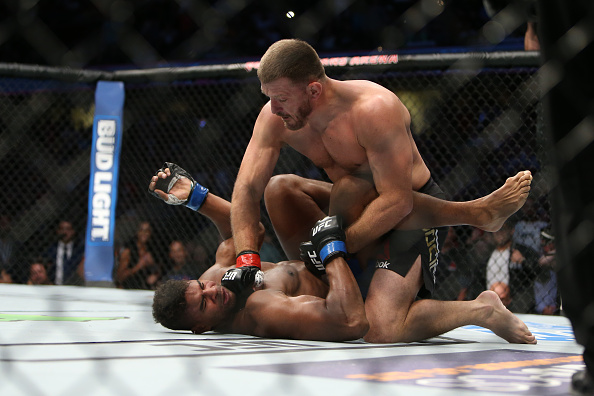 END_OF_DOCUMENT_TOKEN_TO_BE_REPLACED

The Cleveland native was sitting a top his perch having taken on all comers in the heavyweight division, that was until Daniel Cormier stepped up.

Cormier defeated Volkan Ozdemir at UFC 220, the same night that Stipe Miocic shut down the Francis Ngannou hype train. On that night, the stars aligned, and the next week it was announced that the two champions would headline international fight week in July.

The pair met at UFC 226 and it turned out to be a short night for Miocic as his dominant run came to an end after 'DC' knocked him out in the first round. 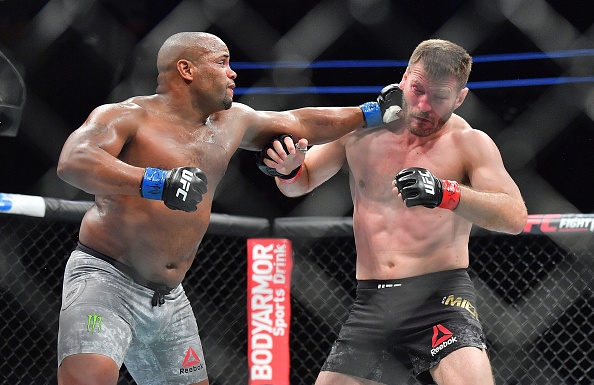 END_OF_DOCUMENT_TOKEN_TO_BE_REPLACED

Since then, Miocic has been angling for a rematch with Cormier, one he rightfully deserves given the records he broke. However, it would seem that the UFC are keen to go in another direction.

On Saturday, Cormier stepped in on three week's notice to defend his heavyweight title against Derrick Lewis and did so in some style, submitting "The Black Beast" in the second round.

Miocic was a guest on Ariel Helwani's MMA show yesterday and discussed Cormier's performance at UFC 230, whilst claiming that he offered to fight the champion instead of Lewis.

"Yeah I saw the fight. I saw 'DC' beat a guy with a bunch of Instagram followers, with one hand" Said Miocic.

"I offered myself to fight 'DC' on that card and he said no. They told me that he wasn’t available and literally a week later, he is fighting Lewis. It was annoying (watching the fight), it should be me,” he added. 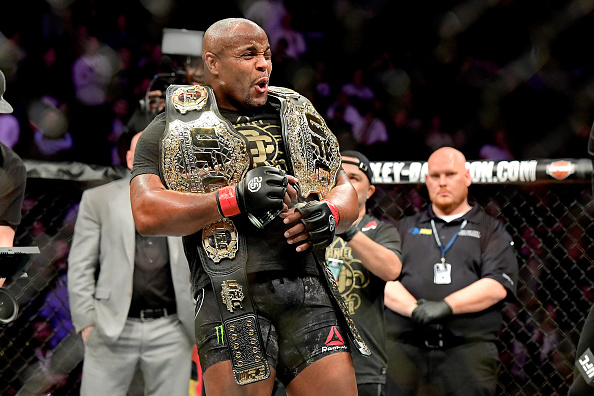 "There’s a ton of guys who never defend the belt and they get title shot rematches. I defended it three times, did it as favour for a super fight and I don’t get a rematch?"

Miocic was keen to highlight that despite having been beaten by Cormier, he wasn't exactly outclassed by the Olympian, he was just caught by one shot.

"I mean, it’s not like he was beating me the whole fight. I was winning that fight and he caught me with a shot,” he said.

"It’s not good enough. You think I was in great shape? 100-percent (he would’ve fought.) I want my belt back, that is my belt. 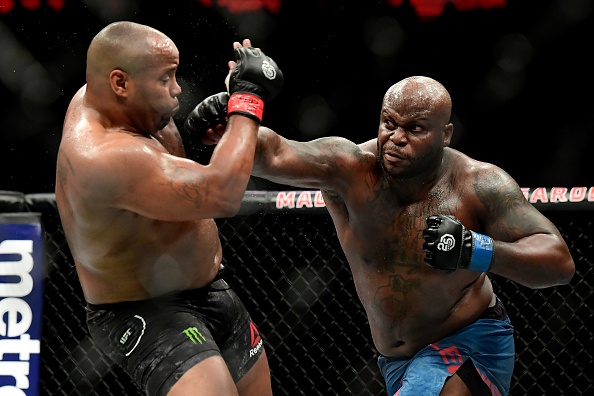 "I’ll just keep talking, man. I deserve the shot. I broke the record, I worked my butt off, defended it multiple times, more than anyone in (heavyweight) UFC. There are guys who have never even defended the belt and got a rematch."

Stipe Miocic isn't going to give up until he gets that rematch with Cormier, and why should he? His record speaks for itself, he deserves another crack at UFC gold.


popular
Ireland team to play Wales: Andy Farrell's XV, the big calls and bold cuts
Everton release brutal 59-word statement to confirm Anthony Gordon departure
Chelsea fire back and clear up why Hakim Ziyech's PSG move collapsed
Five confirmed changes and guidelines to have big impact on 2023 Six Nations
"Every team did it!" - Paul O'Connell on Roy Keane comment to Ronan O'Gara that he couldn't deny
Owen Farrell praises Johnny Sexton in revealing interview ahead of Six Nations
"It's crazy to think Bundee Aki might come straight in and start against Wales"
You may also like
1 month ago
Ariel Helwani shares Paddy Pimblett WhatsApp messages as spat becomes public
1 month ago
Conor McGregor savagely hits back at Joe Rogan following PED comments
2 months ago
"There’s a new Irish superstar in town" - Young Derry fighter touted for UFC after big title win
3 months ago
Conor McGregor almost unrecognisable after shaving off iconic beard
3 months ago
Dana White confirms Conor McGregor is not in the USADA testing pool
4 months ago
Hasbulla signs five year deal with UFC 'worth more than many fighters'
Next Page