Back in January, the build-up and aftermath of Poirier vs. McGregor at UFC 257 was a complete love-fest.

For so long, we had come to expect vitriol, square-ups and Dana White on a hair-trigger to break up any brawls or bottle-throwing. McGregor had shown a different side to his infamous pre-fight antics before he took on Donald Cerrone, in January 2020. One year on and he was even more cordial with Poirier. 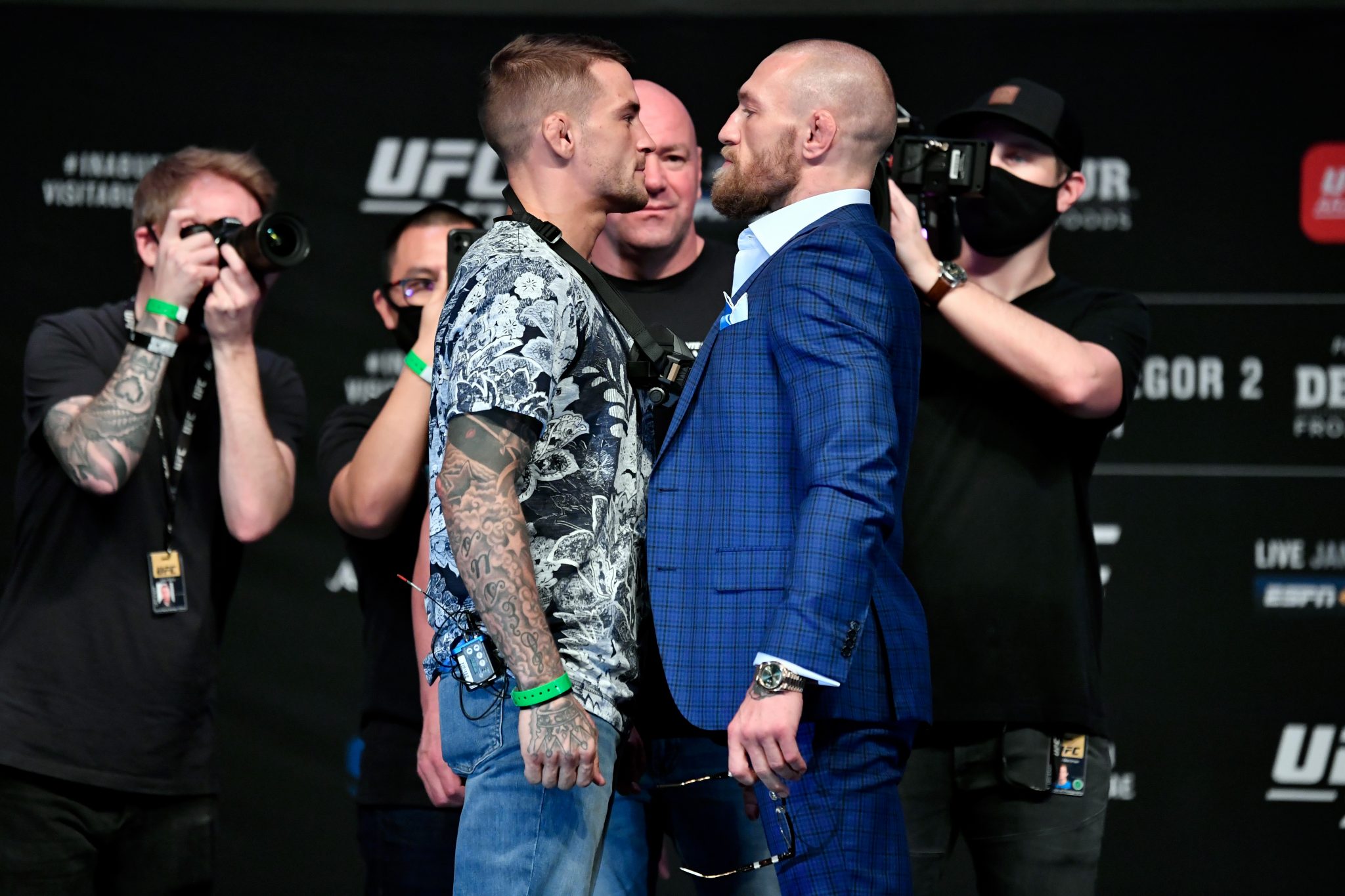 One of the biggest sub-plots to the fighters' UFC 257 bout was McGregor vowing to making a $500,000 donation to Poirier's youth outreach programme, The Good Fight Foundation. Ahead of their clash, 'Diamond' told MMA Junkie:

"I don’t want to make it seem like we’re up here giving each other back massages but Conor... I just want to clear the air. Conor’s team, McGregor Sport & Entertainment, did reach out to my foundation and they are starting the process toward that donation. So Conor, man-to-man, you’re going to help a lot of people with that."

Following the fight, which Poirier comprehensively won, McGregor was seeking an immediate do-over and both men spoke highly of each other. Poirier once again thanked the Dubliner for the impending donation.

Three months on and both men are now sniping at each other. The trilogy fight is ramping up, just in time to build some hype for their July showdown.

We already had McGregor predicting a front-kick K.O win over on his Instagram page, but the chummy atmosphere was swept aside, on Sunday night. Poirier took to social media to call out McGregor and his team for not yet making that $500k donation and for 'ghosting' his foundation.

That's a fun prediction! @TheNotoriousMMA you also predicted a donation to my foundation and you and your team stopped responding after the fight in January.
See you soon.
July 10th Paid In Full!

The Louisiana native went on to explain that members of his foundation had reached out, on three occasions, to McGregor's team but had not received a response. That got McGregor's attention.

'A donation, not a debt,' he responded. 'We’ve been awaiting the plans for the money that never came. I do [that] with all my donations. Know where it’s going, dot for dot. Otherwise it goes walking. As is the case with a lot of these foundations, sadly. You took the McG over the belt shows I was right.'

'The Notorious' poked at Poirier, in his mind, turning down a UFC lightweight title fight in order to get a pay-day by accepting a trilogy fight against him. There is a kernel of truth there, as the former interim champ would have been first in line to fight either Charles Oliveira or Michal Chandler for the vacant belt.

Poirier got back to McGregor and made a couple of valid points before getting in the nudge about their last meeting.

100% never a debt. You offered, we accepted, and like I said your Team never responded to our emails regarding the process of where funds would be put to work! July 10th you will taste defeat yet Again https://t.co/k3Cu9DG1Me

For those that like McGregor fight build-ups with a bit of bite, the plot is definitely thickening for UFC 264.


popular
"There are clubs in every county that you just know - they like fighting." - Fighting passes on through the generations
Alex Ferguson wrote Mickey Harte a letter - ex Tyrone boss reveals in new memoir
GAA at its best as Bellaghy players run into team-mate who buried his father that morning
“How it finished was not the way I would have chosen" - Mickey Harte reveals how his time with Tyrone came to an end
"I'll go back running the roads now and make sure my body doesn't get lazy"
New footage shows exactly what Deontay Wilder said to Tyson Fury after trilogy fight
Somehow Pat Spillane's 1981 cruciate rehab routine hasn't survived the test of time
You may also like
2 months ago
Conor McGregor deletes series of tweets aimed at Poirier and Khabib
2 months ago
UFC appears to have signed a new Irish fighter
3 months ago
Conor McGregor labelled an 'easy payday' who can't compete with top UFC fighters anymore
3 months ago
Khabib says McGregor is "finished" as Dos Anjos makes his play
3 months ago
Shocking post-fight footage shows McGregor threat that upset Poirier so much
3 months ago
Conor McGregor posts first Instagram since last night's defeat
Next Page