UFC flyweight Mara Borella has received one hell of a suspension by NADO Italia.

Mara Borella is 12-5 in MMA and 1-1 in the UFC. She had a very unusual entrance into the UFC by accepting a PPV main card bout against a fellow promotional newcomer on short notice.

Borella stepped in to fight Kalindra Faria, who was originally supposed to face former LFA flyweight champion Andrea Lee. However. Lee was pulled from the contest as she didn't go through the USADA testing pool for six months. Fighters in short notice fights usually do not need to follow this rule, but since she has failed a drug test for a banned diuretic in the past, Lee needed to fulfil that requirement.

The Italian scored a first-round submission victory over Faria. At around the time of this fight, Borella was handed a 15-year ban by the Italian National Anti-Doping Court. 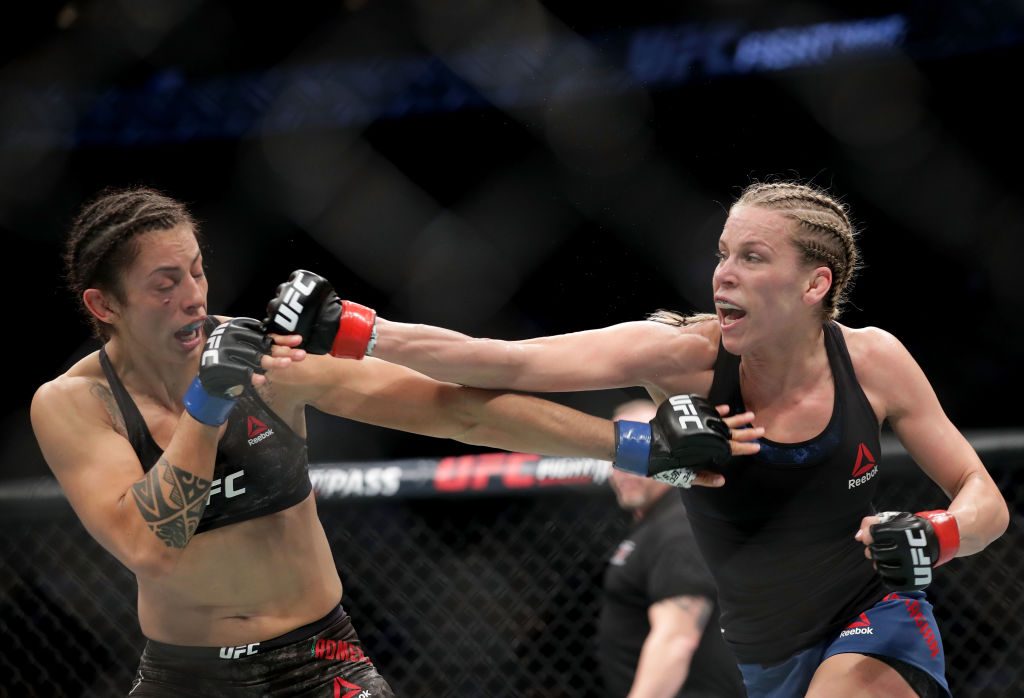 Borella received that suspension in 2014 for trafficking of prohibited substances. As MMA Today reports, this suspension stemmed from a 2012 police investigation in the Italian town of Piacenza.

END_OF_DOCUMENT_TOKEN_TO_BE_REPLACED

Following the two-year investigation codenamed “Operazione Flanker“, Borella, her then-boyfriend rugby player Filippo Maserati and 33 other individuals were arrested and charged with distribution and sale of cannabis and cocaine at numerous locations in the region. Borella, a former bodybuilding champion, was said to be selling drugs at the gym where she trained. Italian media reported that all but two of the defendants had entered into plea deals with punishments of ranging from one to four years in prison.

In 2018, Borella has been charged by the NADO Italia for two further violations. Firstly, she contravened article 4.12.3 of the Italian Anti Doping Code (NSA) which prohibits competing while suspended. The second violation was of article 8 of the same code which prohibits the use of Italian sporting facilities while serving a suspension.

As a result of these charges, her suspension has been extended by 15 years more years, commencing at the expiry of her original suspension. So that means once her first suspension ends on June 2029, the second one won't run its course until 2044.

It is unknown at this time whether the suspension will affect her UFC career.