We need to have a conversation about Donald Cerrone.

Four-time world lightweight title contender Donald Cerrone is a fan-favourite for obvious reasons. He's got the look, the moniker, the hugely entertaining fight style and of, course, he's got that 'anyone, any place, anytime' old school mindset that is a breath of fresh air in this age of 'money fights'.

Cerrone's willingness to accept multiple fights a year has been very much appreciated by the promotion and fans alike. When the going is good, you won't hear many complaints. In the space of 18 months 'Cowboy' won a whopping seven fights in a row before being obliterated by Rafael dos Anjos in a lightweight title fight at UFC on Fox 17. The devastating defeat inspired a move up to welterweight and his first year in his new division was an excellent one.

He won all four of his 2016 bouts via finish, but this year, his fortunes changed. Every single fight he has taken in 2017 has ended in defeat. For the first time in his professional career, Cerrone is riding a three-fight losing streak, two of which were knockout losses. 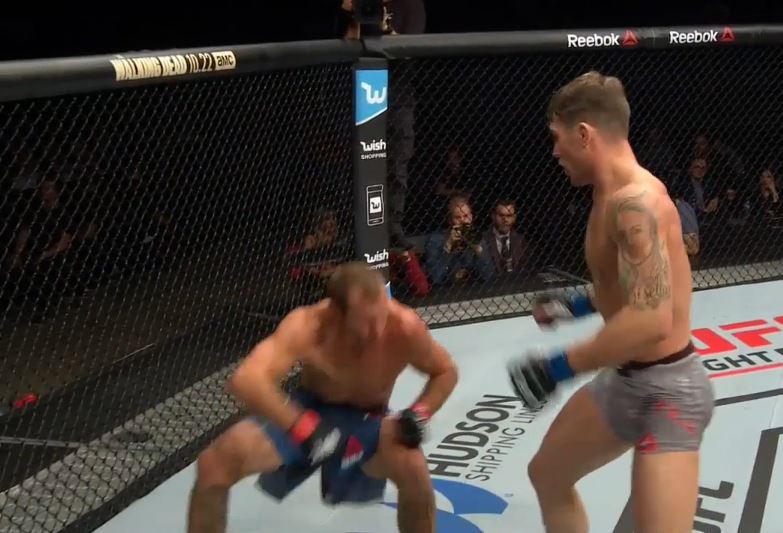 'Cowboy' earned a lot of kudos for signing on to fight Darren Till, a previously unranked and undefeated hot prospect in the main event of a low-key European Fight Night in Gdansk. It was the breakthrough win that the Liverpudlian required to become a marquee name outside of the European circuit. He emerged from it as a star, but he did so off Cerrone's name.

After being a contender for so many years, Cerrone is in serious danger of becoming a divisional gatekeeper. This theory is strengthened by the latest call-out coming from another lesser-known knockout artist, Mairbek Tasiumov.

END_OF_DOCUMENT_TOKEN_TO_BE_REPLACED

After racking up five-straight knockout victories, it is clear that Taisumov needs a step-up in competition. Unfortunately, visa issues mean he has been unable to break free from the European circuit leaving him an even less-desired match-up for American fighters, who comprise most of the lightweight's top 15.

Tasimumov earned a $50,000 performance bonus for his first-round knockout of Felipe Silva at UFC Zagreb in September. In his victory speech, he voiced his frustration over not getting to take on a ranked opponent, accusing the likes of Anthony Pettis, Michael Chiesa and even Nate Diaz of ducking him.

He then pursued a fight against former lightweight king Eddie Alvarez, but with 'the Underground King' unlikely to be matched up against an unranked opponent following his stunning knockout of Justin Gaethje, Taisumov has switched focus to Cerrone.

With very little to gain and a lot to lose, one would forgive Cerrone or his team for turning this offer down... for a change.


popular
Diarmuid Connolly's Boston heroics captured in stunning, evocative video
QUIZ: See if you can identify these retro football kit sponsors
The SportsJOE 12 o'clock quiz | Day 117
SportsJOE 2000s Football Quiz | Round 10
Clubs set for ticket mayhem with no more than 50 supporters per club
The SportsJOE 12 o'clock quiz | Day 116
Listen up sports fans! BT Sport and Premier Sports are now both on NOW TV
You may also like
1 month ago
Dana White faces more retirement questions after Garbrandt and Nunes victories
1 month ago
Justin Gaethje tells Conor McGregor to wait his turn
2 months ago
McGregor the fighter just couldn't help himself
2 months ago
"I'll go to Ireland; do what I gotta do" - Gaethje has plans for McGregor after title fight
2 months ago
Justin Gaethje demolishes Tony Ferguson to claim interim title
2 months ago
Donald Cerrone loses fourth fight in a row amid eye-poke controversy
Next Page