Is this a fight that interests you?

While the realisation of a trilogy with Nate Diaz is currently looking like the most likely next step for Conor McGregor, the divisive Irishman has no shortage of other potential opponents.

The recently dethroned former welterweight champion Tyron Woodley has given his reasoning for why he believes a clash with 'The Notorious' makes sense for both parties.

END_OF_DOCUMENT_TOKEN_TO_BE_REPLACED

Woodley, who lost his 170lbs title earlier this month after being dominated by Kamaru Usman in the UFC 235 co-main event, explained why he doesn't see the sense in returning to bouts against current welterweight contenders, most of whom he's already beaten, and the fact that both he and McGregor are coming off defeats in title fights means that they're in a similar position at this point in time.

"I want to fight Conor," Woodley said on The Hollywood Beatdown. 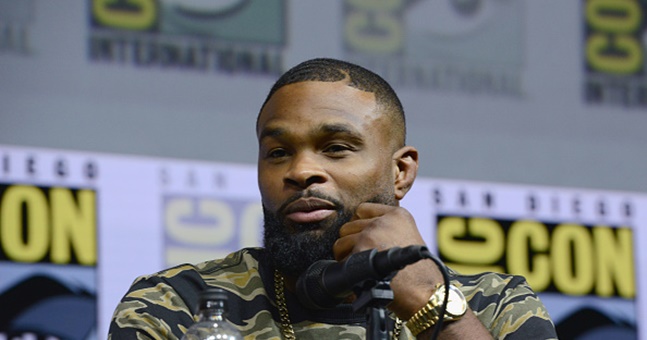 Woodley and McGregor memorably clashed in the build-up to UFC 205, when the pair exchanged words at the weigh-ins in New York City.

So this happened at the UFC 205 weigh-ins! @TheNotoriousMMA vs. @TWooodley #ufc205 #UFCNYC pic.twitter.com/Lued5o11Dc

END_OF_DOCUMENT_TOKEN_TO_BE_REPLACED

They might not currently hold world titles but the past beef and stylistic match-up would make for an interesting meeting in the Octagon.

And that's exactly what 'The Chosen One' is hoping for.

"Looks like we dangling around Conor," Woodley added. "Come get this smoke."