Khabib Nurmagomedov explains why he targeted Dillon Danis at UFC 229

Contrary to some reports from the arena, it turns out that Dillon Danis did not say anything to provoke Khabib Nurmagomedov's attack at UFC 229.

It had been suggested by UFC commentator Joe Rogan that Danis, who was cornering Conor McGregor for the UFC lightweight title fight, had been shouting insults at Nurmagomedov which then resulted in the Russian diving out of the Octagon and sparking a melee.

Immediately after forcing McGregor to tap out to a neck crank, 'The Eagle' climbed over the fence and took aim at Danis but Nurmagomedov has rejected claims that the Jiu Jitsu black belt was goading him.

END_OF_DOCUMENT_TOKEN_TO_BE_REPLACED

The undefeated Russian has instead explained how he took age into account when he targeted Danis, saying that the rest of McGregor's team were too old to fight him.

"I jumped on him because other corner is too old; because Conor’s other corner, other coaches, too old, and that’s why I jumped on him," said Nurmagomedov (transcribed by MMA Fighting). "Because he’s almost like my age."

"If I jumped on [coach John] Kavanagh, I don’t think it’s too — cause Kavanagh can’t fight me. That’s why I jumped on [Danis]." 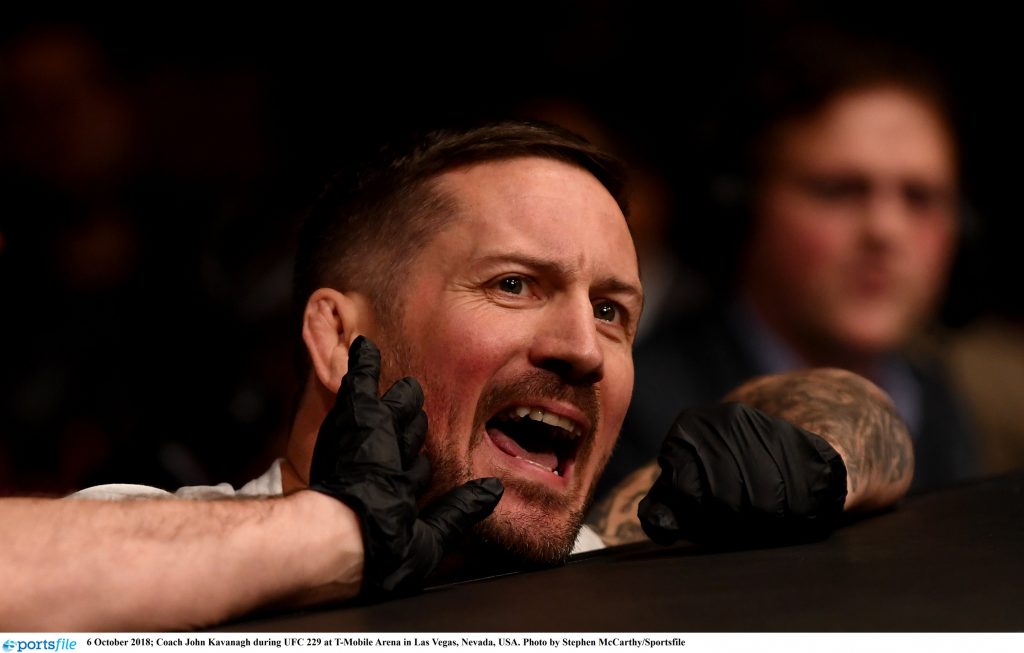 END_OF_DOCUMENT_TOKEN_TO_BE_REPLACED

Nurmagomedov and McGregor are set to discover their punishments for their roles in the ugly brawl when they sit before a Nevada State Athletic Commission hearing next week, with fines and suspensions expected for the lightweight rivals.

The 155lbs champion has previously dismissed calls for an immediate rematch with McGregor but if 'The Notorious' does manage to earn himself another title shot against Nurmagomedov down the line, expect plenty of security involved to avoid a repeat of the chaotic end to UFC 229 last October.

Nurmagomedov added: "I don’t like his whole team. I have choice what I’m gonna do, but all other old coaches were too old for me. They cannot fight with me. They’re almost like my father’s age."


popular
Cristiano Ronaldo 'agrees £173m-a-year deal' with Saudi club
"Nowadays, even if I don't hit a ball, I don't care as long as we win" - Gleeson learning from the past
Argentina reach World Cup last-16 with convincing win over Poland
World Cup 2022 Day 11: All the major action and talking points
Thibaut Courtois warns teammates after leaks emerge from Belgium camp
Damien Duff makes 'brutally honest' England World Cup prediction after Wales win
The FootballJOE Qatar World Cup 2022 Geography Quiz
You may also like
2 months ago
Hasbulla signs five year deal with UFC 'worth more than many fighters'
2 months ago
UFC fighter Elias Theodorou has died, aged just 34
2 months ago
John Kavanagh and Johnny Walker kicked out of T-Mobile Arena during UFC 279 main card
2 months ago
Conor McGregor took exception to one part of Nate Diaz victory speech
2 months ago
Nate Diaz and Tony Ferguson tossed together for UFC 279 main event after wild 24 hours
3 months ago
Your guide to a huge weekend of sport and how to watch it all
Next Page