Justin Buchholz is one of the best coaches in MMA right now.

Buchholz is a professional fighter, but until Wednesday, he had not graced a cage for nearly two years. He stepped in on short notice to take on Marques Facine at Alaska Fighting Championship 133. While the fight ended in a first-round TKO victory for Buchholz, it wasn't exactly smooth-sailing. 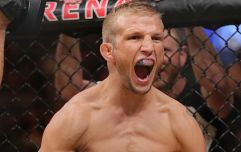 END_OF_DOCUMENT_TOKEN_TO_BE_REPLACED

The finish came after his opponent slipped during an exchange. Rather than follow him down to the mat, Buchholz remained on his feet and unleashed a devastating flurry of soccer kicks to the body. The final kick grazed the back of his head and the referee was forced to step in and bring proceedings to a halt.

Immediately after eating the illegal blow, Facine rolled over and laid prone on the canvas while the medical team checked him out.

Bucholz was clearly restless not knowing how the fight was going to be scored. He kept pacing around the cage, talked to the referee before finally giving up, sitting down against the fence and conversing with his team.

"He has up to 30 days to recover," boomed out of the stadium's PA system, which gave the crowd and Buchholz a chuckle. 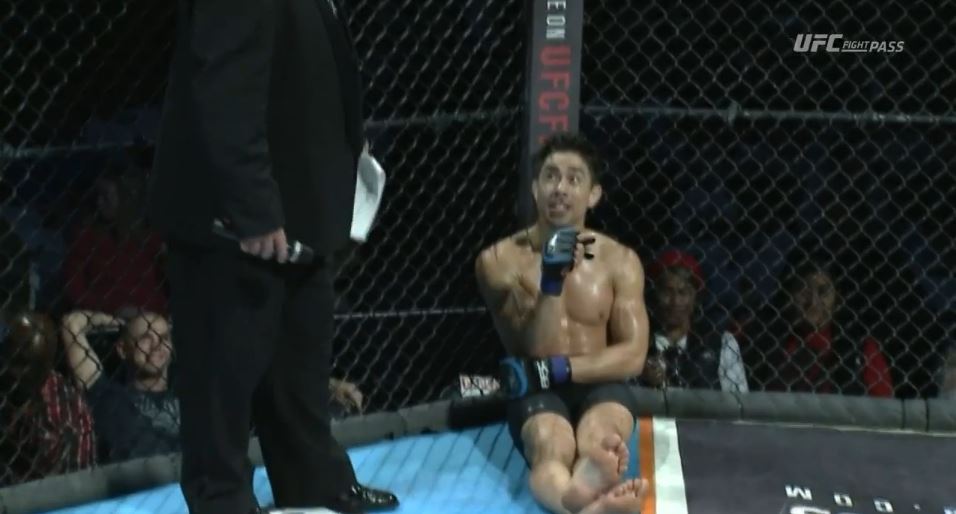 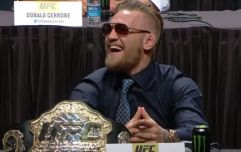 END_OF_DOCUMENT_TOKEN_TO_BE_REPLACED

After several minutes, Facine was transported out of the cage in a stretcher and the fight was called off. Buchholz was awarded the knockout win as the referee deemed that the final strike was accidental and did not decide the outcome of the fight.

The result improved his professional record to 16-10, snapping a three-fight skid.


popular
QUIZ: How many of the 10 most successful football counties can you name without making a mistake?
Conor McGregor and Floyd Mayweather 'in talks' about a rematch
Éamonn Fitzmaurice explains Aidan O'Shea's best position and how it can be used against Kerry
Matt Le Tissier says he asked Sky Sports why they never sacked Jamie Carragher
Patrick Vieira claims he was 'much better' than Roy Keane in new interview
Steve McClaren issues warning to Man United players
You'll have to be red-hot to get 20/20 in this 2010s footballers quiz
You may also like
6 years ago
Video: Urijah Faber makes pretty serious allegations against Duane "Bang" Ludwig
3 months ago
UFC lightweight title fight confirmed, and could tee up spectacular Conor McGregor return
3 months ago
Conor McGregor wants to buy Chelsea FC from Roman Abramovich
3 months ago
Kamaru Usman predicts winner of Colby Covington v Jorge Masvidal
3 months ago
Conor McGregor refuses to rule out future fight with Liverpool's Paddy Pimblett
4 months ago
Tyson Fury and Conor McGregor involved in heated Twitter exchange
Next Page