WATCH: Joe Rogan's commentary on replay of Ronda Rousey fight is spot on

In the days and weeks that follow UFC 207, Rousey's worrying Octagon outing will get re-hashed and re-watched. There was not much to it but the headliner was nonetheless compelling.

Returning after 13 months away from the sport, Rousey was lit up like a Christmas tree by the bantamweight champion.

END_OF_DOCUMENT_TOKEN_TO_BE_REPLACED

In 48 seconds, Nunes landed 27 significant strikes from the 47 she threw.

Joe Rogan was on commentary duty for the fight, in Las Vegas on December 30, and was as stunned as the millions watching by the ease at which Rousey was dismantled.

During The Joe Rogan Experience, he attempted to defend Rousey's performance and argued that she was up for the fight until she was rocked early by Nunes. 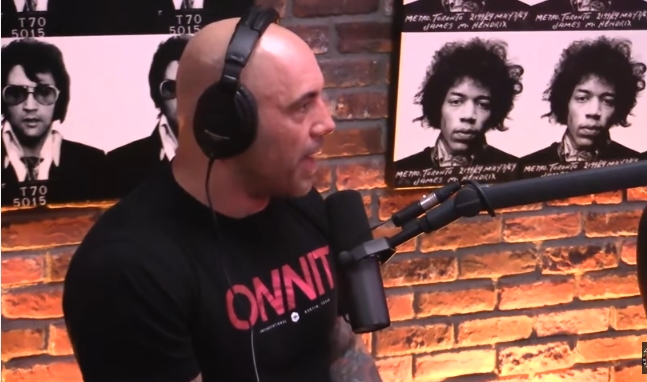 Brendan Schaub was critical of her experience and, determined to prove one good shot had derailed Rousey's game-plan, the fight was replayed. Rogan's commentary on the replay is certainly more colourful than the initial pay-per-view broadcast:

Rogan: So here it is.

Rogan: Real hard to watch... Boom to the body too. [Nunes] ripped that hard to the body. The idea that she didn't want to be there.... 10 seconds into the fight, she didn't know what the f**k was going... Ohhh that left hook and the right hand behind it. This is horrific man. Boom, boom, boom.

END_OF_DOCUMENT_TOKEN_TO_BE_REPLACED

No doubt about it, Nunes called the tune after landing an early, devastating flurry.

Rogan then recreated Nunes' 'shussh' motion to everyone that doubted her. Joe Gomez pays credit to Rousey still being on her feet at the end and Rogan remarks, "She's in another dimension."

END_OF_DOCUMENT_TOKEN_TO_BE_REPLACED

Rogan also makes the interesting point that Rousey may never be the same after taking Holly Holm's shin to the neck in her KO loss at UFC 193 last year. Whether we ever see her in the UFC again remains to be seen.