Joanna Jedrzejczyk is back in the win column after her victory at UFC on Fox 30.

The Polish fighter previously claimed that once she had cemented her legacy she would move up to flyweight to contest for the title, but two consecutive losses to Rose Namajunas has firmly put those plans to bed as she searches for a third bout with the current champion. 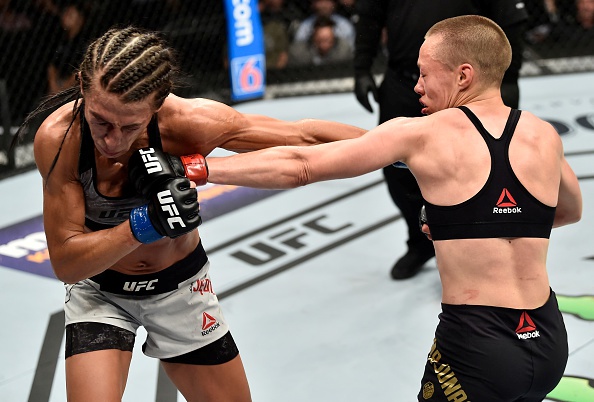 'Thug Rose' claims she won't book a trilogy fight with Joanna until she admits to her superiority. The former champ addressed this after her win over Torres.

"Rose saying that she will give me the third fight after I will say that she is the best? No way,” Jedrzejczyk said. “Maybe you beat me, and you’re the champion, and you won, but your legacy is not that big. You should bow down because I am the queen. I give her respect."

Jedrzjczyk went on to dismiss the legitimacy of the supposed injury that is set to keep Namajunas out for the rest of 2018. She feels the champion is avoiding her and that the UFC should make an interim title in the meanwhile.

"What I’m hearing is that she’s not really injured,” Jedrzejczyk said. “Maybe she is. I don’t know. Maybe she is injured, so I am sorry. I give her credit. She’s the champ. … If she’s injured, OK. But if she’s just playing, and she just wants holiday, let UFC know that. ‘I want a holiday, I want a break.’ Let UFC make an interim belt, and let’s fight for the belt."

It must be eating away at Joanna, who was one fight away from clearing out the division and cementing her legacy as the greatest female fighter in UFC history. 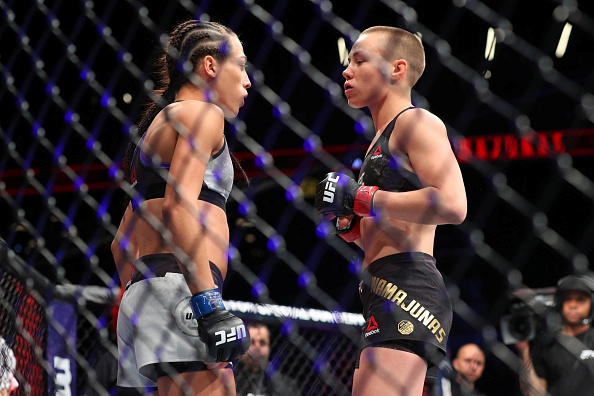 The company don't often book trilogy bouts after one fighter has two victories over the other, but Jedrzjczyk seem's determined to hunt down 'Thug Rose' in search of regaining her title.

It will be interesting to see what the next move is for the former champion.