Jean-Claude Van Damme may have made a valid point about the standard of kicking in the UFC.

When we clocked the "Muscles from Brussels" weighing in his opinion on MMA, our initial thought was probably the same as everyone else - we may have another Steven Seagal on our hands.

However, rather than try to claim he invented a kick that has been around for millennia, JCVD was critical of the kicking game of the majority of UFC fighters. And you know what, he could be right. 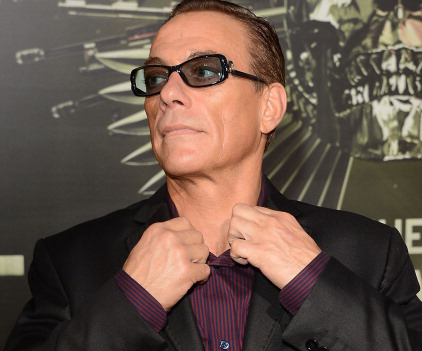 END_OF_DOCUMENT_TOKEN_TO_BE_REPLACED

In an interview with TMZ, the Bloodsport and Kickboxer star claimed standard of kicking in the world's largest MMA promotion is "a mess". He believes that the art of kicking hasn't been getting the focus and attention it deserves, but he expects this to be rectified in the near future.

"They are missing, they are out of balance. Thank god they have good jiu-jitsu."

"And some guys have good eyes to kick in the right position when the guy is off balance, but to lift your leg, and arm your leg like a fist ... you think people are good fighter right now in the UFC, wait five years."

END_OF_DOCUMENT_TOKEN_TO_BE_REPLACED

Van Damme cited legendary kickboxer Bill Wallace as someone whose techniques UFC fighters should be adopting. Wallace finished his career undefeated in 23 professional bouts and was praised for his ability to disguise kicks so that opponents were unable to predict whether they were going to land up top or to the body.

"Wait five years when the (kicks) are coming in. When people have (kicks) like in the old times, like Bill Wallace - google Bill Wallace. Those guys were amazing, but it took years."

This is a fair comparison to make, especially when you look at the impressive run fifth degree Kempo Karate black belt Stephen Thompson has gone on in the welterweight division.

END_OF_DOCUMENT_TOKEN_TO_BE_REPLACED

Thompson has gone on the rampage, winning seven of his eight fights in the UFC, falling short only to the incredibly tough Matt Brown in his sophomore appearance inside the Octagon.

One of the keys to Thompson's success has been his kicking game. His ability to start high kicks and body kicks from the exact same position has been bamboozling the 170 lb's elite, as former champion Johnny Hendricks found out in UFC Fight Night 82's main event.

However, as the great Jack Slack pointed out, this is not revolutionary by any means. Wallace implement similar techniques while he was dominating the kickboxing world.

So perhaps Van Damme is right. Maybe the best way to progress is to look back through history and adopt what has worked so well in the past.

It certainly seems to be working for Wonderboy anyway, who faces number-one ranked contender Rory MacDonald in UFC Fight Night 89's headliner in Ottawa on July 18.


popular
World Cup 2022 Day 10: All the major action and talking points
Iran demand action by FIFA after USA team change flag on social media
"I have equal love for football and hurling" - Sheehy set for two Leinster finals in two hours
Canelo Alvarez duped by fake Lionel Messi Instagram post
World Cup 2022 Day Nine: All the major action and talking points
"I appreciate Moycullen now more than ever" - Cooke's American lifestyle from a Moycullen base
Roy Keane's issue with Argentina star could rival Graeme Souness and Paul Pogba
You may also like
2 months ago
Hasbulla signs five year deal with UFC 'worth more than many fighters'
2 months ago
UFC fighter Elias Theodorou has died, aged just 34
2 months ago
John Kavanagh and Johnny Walker kicked out of T-Mobile Arena during UFC 279 main card
2 months ago
Conor McGregor took exception to one part of Nate Diaz victory speech
2 months ago
Nate Diaz and Tony Ferguson tossed together for UFC 279 main event after wild 24 hours
3 months ago
Your guide to a huge weekend of sport and how to watch it all
Next Page