Immediately after leaving his audience, Israel Adesanya burst into tears

UFC debuts don't come much better than that of Israel Adesanya.

One of the biggest winners from UFC 221 was debutant Israel Adesanya. After knocking out Rob Wilkinson in the second round, the world stood up and recognised the legitimate potential for superstardom.

After making his walkout, he pretended to urinate on the Octagon. The unusual move caught some people off guard, but he tied it into his victory speech where he announced, 'I'm the new dog in the yard and I just pissed all over this cage..'

In the recently uploaded UFC 221: the Thrill and the Agony, we saw a very different side to the charismatic showman. When the ads were rolling during the live broadcast, he went over to his defeated opponent and thanked him.

When he made his exit, he lapped up the atmosphere.

Adesanya waved to the roaring crowd as he made his way backstage. He planted a kiss on the heads of two of his cornermen in celebration. 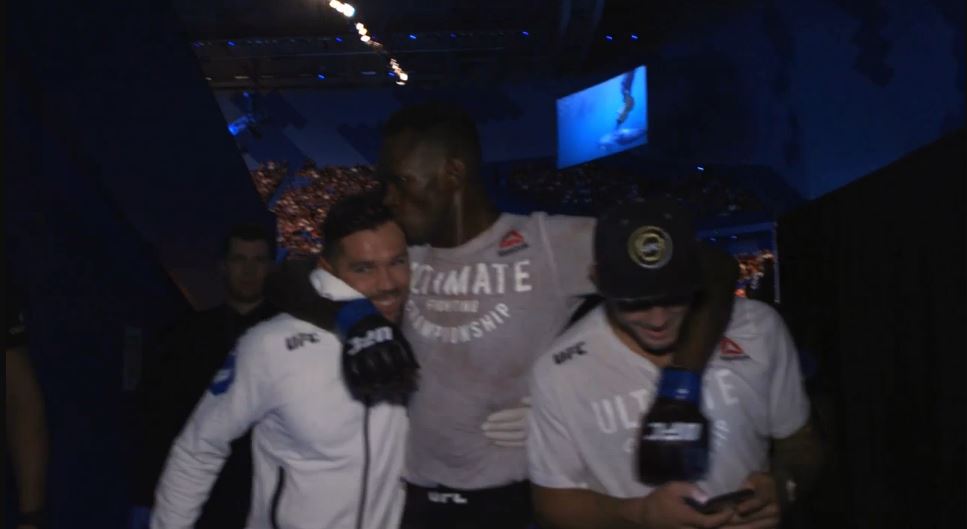 The trio spotted someone or something in the crowd as they continued towards the locker room.

All three of them looked up and a wide grin washed over Adesanya's face. He was enjoying the occasion so much. 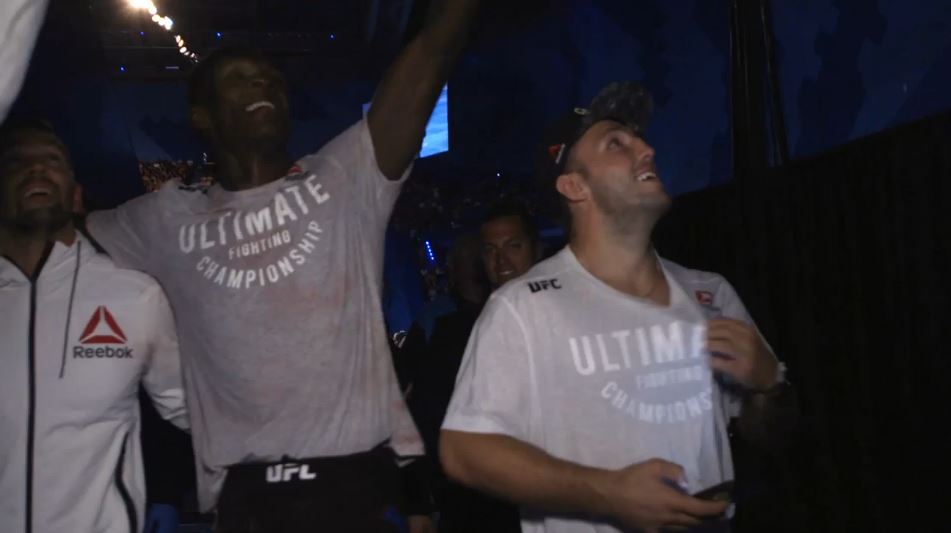 Then, the significance of the event began to hit him.

He buried his head in his hands as he began to realise what had just transpired. Everything he had done in MMA  had been leading up to this moment and he seized the opportunity with both hands, leaving nobody disappointed. 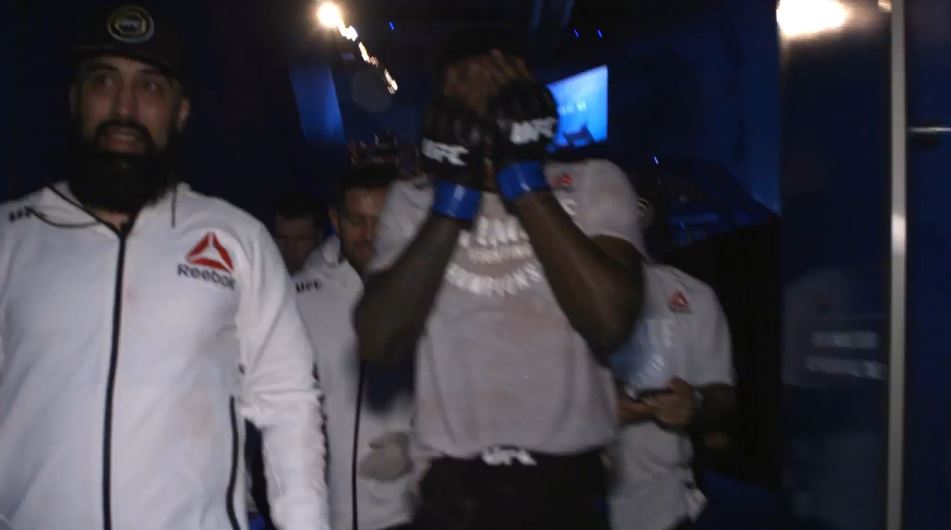 As soon as his audience was out of sight, the tears began streaming. His expression changed with the immediacy of someone flicking on a switch.

He wrapped his arm around coach Eugene Bareman and let everything out. He was in floods of tears by the end of it.

"We finished the promise!" he said as he sobbed into his glove. 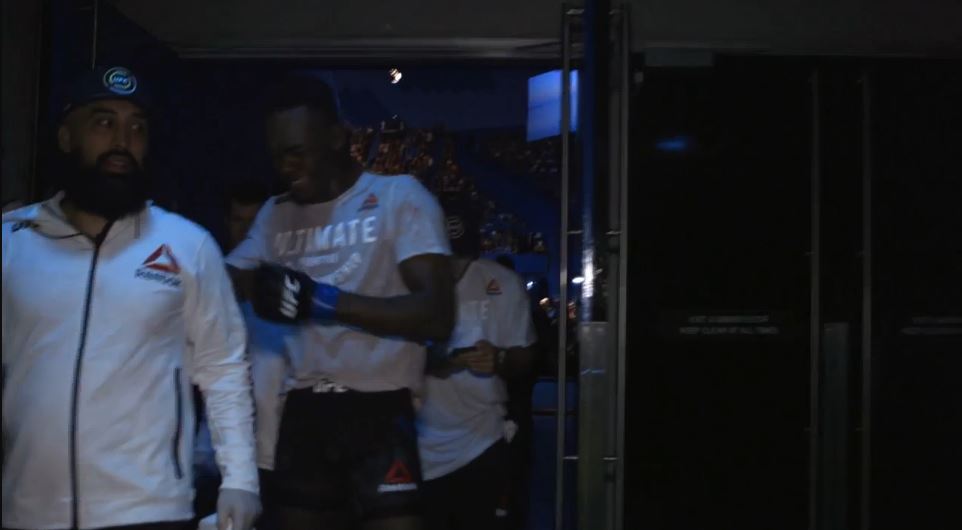 Check the cathartic moment out in the video embedded below from the 0:30 mark. It's important to note that the YouTube clip is just a preview of UFC 221: the Thrill and the Agony. The full version, which shows more of Adesanya's backstage reactions, is available to watch on FightPass.