Ahead of the UFC 276 bout, in Las Vegas, Gabe Green gave Ian Garry some credit, but not too much.

The 29-year-old from Florida was previously with Bellator and made the move to the UFC in 2020. After losing his opener with the promotion, he reeled off victories over Yohan Lainesse and Phillip Rowe to move 11-3 in his career.

END_OF_DOCUMENT_TOKEN_TO_BE_REPLACED

This was exactly the sort of fighter Ian Garry [9-0, coming in] needed as he sought to prove he could cut it with a tougher breed in his third UFC bout. Ahead of their contest at the T-Mobile Arena, Green had some kind words for Garry, but only after catching up on who exactly the Dubliner was. He told reporters:

"You’ve got to walk around with a little bit of cockiness when you’re here, and definitely some self-belief. I think he’s getting just a little big-headed and might be overlooking some people that he shouldn’t be overlooking."

"Right after I beat Yohan, one of my teammates, Josh Jones, was like, 'You should fight this Ian Garry kid next'," Green added. "I looked at him and I was like, 'I have no idea who that is'. To be honest with you guys, I don’t watch a lot of fights."

Green will not be keen on watching UFC 276 back, as Garry used his distance control and long reach to tag him with ease and win comfortably. The 24-year-old copped a graze above one eye but did a lot more damage to the face and body of his more experienced opponent. 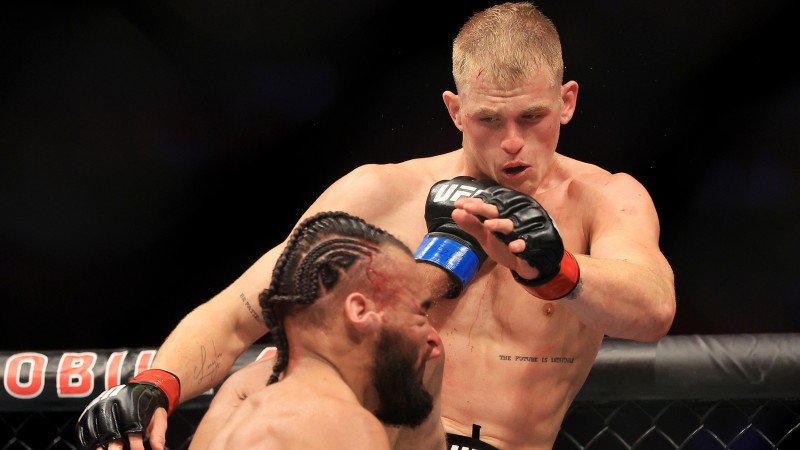 END_OF_DOCUMENT_TOKEN_TO_BE_REPLACED

As he waited for the final scores to be read out, Ian Garry exuded the confidence of a fighter than knew his hand would be raised. It duly was as he finished out with scores of 30-27 from all three judges.

It was enough to move the former Cage Warriors welterweight champion to 10-0, and his fourth decision win. After the fight, Garry told Laura Sanko that he wants his next fight to be in Dublin:

"We're the loudest crowds in the world and we've done so much in the sport that I think we deserve it now, at this stage, and I'm the guy to bring them back."

END_OF_DOCUMENT_TOKEN_TO_BE_REPLACED

Having fought all three of his UFC bouts on the big pay-per-view cards, the most likely staging of a Dublin event would fall into the 'Fight Night' category.

Garry headlining such a night with a few other Irish, British and European names on the card would be a near instant sell-out, and could really put the young welterweight over the top, in this country at least. 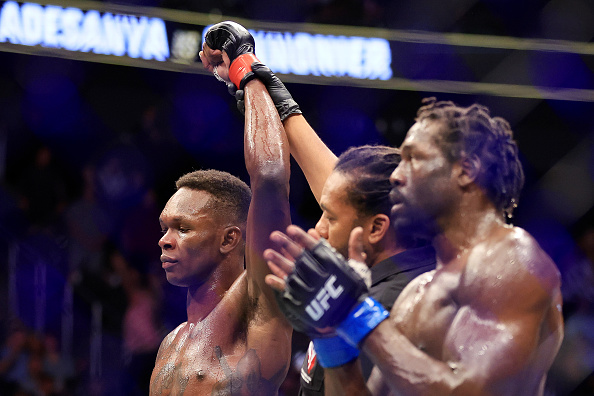