"I'm gonna find a way to win like I always do."

UFC 273 in Jacksonville, Florida, will be Garry's second UFC fight after his first-round KO against Jordan Williams at UFC 268 in Madison Square Garden in November.

The 24-year-old is tipped to be a star in the company, with his nickname being 'The Future.' The Dubliner has only been signed to pay-per-view cards in the UFC, which is unique for a young prospect.

Ian Garry on his upcoming fight at UFC 273.

END_OF_DOCUMENT_TOKEN_TO_BE_REPLACED

UFC London takes place on March 19th in The 02 Arena. The Irishman was asked if he had aspirations to fight at that event since it's a short flight from Dublin.

"I have no interest in fighting in London right now. I moved to Florida, I'm based in the US. I wanna fight in Florida," Garry said.

"What's bigger, UFC London or UFC 273? There are two title fights. It's a pay-per-view card, they've got me on it, a superstar! I told them I was available from April." 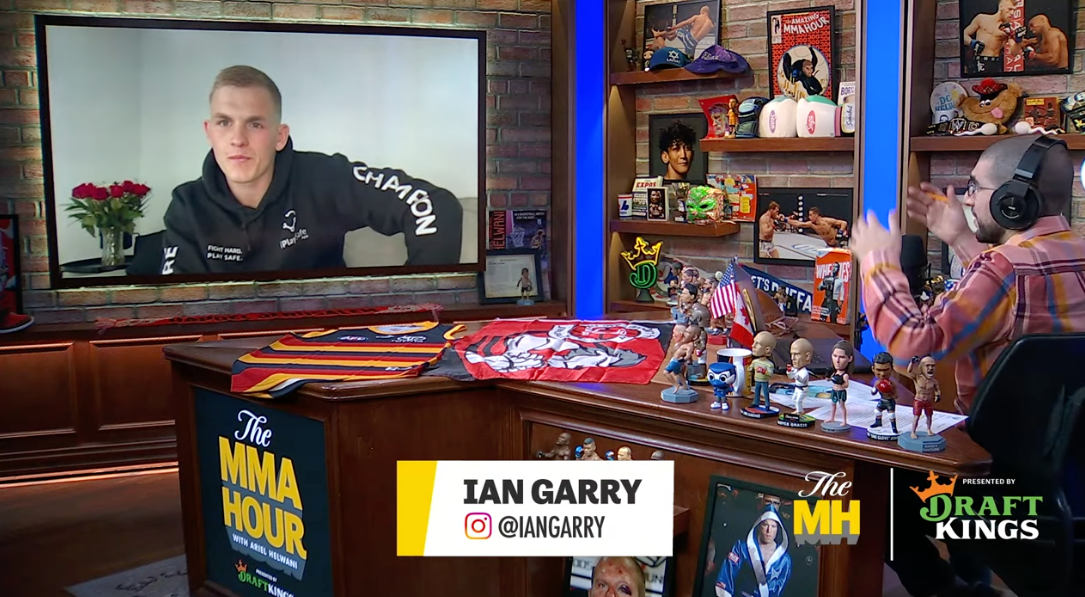 Ian Garry: I'd never heard of Darian Weeks before UFC 273.

END_OF_DOCUMENT_TOKEN_TO_BE_REPLACED

The former Cage Warriors Wealtherweight Champion signed to fight Darian Weeks at UFC 273, who has a record of 5-1-0, compared to The Future's 8-0-0. However, the Dubliner admitted that he had never heard of his upcoming opponent.

"I'm gonna go in there and win. I'm gonna find a way to win like I always do. My motivation is being the best I can be. Constantly growing and growing is what motivates me, not a name, not a person."

Garry also outlined his plans for 2022 as he aims to acquire double-digit wins to his record and wants to fight three times in 2022.

"Slow progression, three fights this year, four months between every fight. There is no need to rush. My main goal is to grow; to become a better fighter."

Finally, Garry spoke about Conor McGregor, and how he wants to share a card with the UFC star if and when he returns to the Octagon.

"It's nice to have another horse in the race," he said about McGregor, who praised his UFC debut back in November.

"Obviously, Conor is the only other guy that has been active in the UFC.

"I like the fact that there's another Irish guy in the UFC. When he's back, we'll jump on a card together and take over, that would be unbelievable."

You can watch the full interview below.