If you're queasy, look away right now.

We knew UFC 189 was full-on. We know MMA isn't for the faint-hearted and we all saw some of the frightening hits that went on during the biggest night in UFC history.

END_OF_DOCUMENT_TOKEN_TO_BE_REPLACED

We just didn't know it was this bad.

Most of it was probably left over from the Robbie Lawler and Rory MacDonald brawl - a fight for the ages - but the accumulative total was a mat in the Octagon almost painted red.

During the main event, Conor McGregor and Chad Mendes wrestled and grappled and rolled around the floor together over what almost looked like a sea of blood.

Paul Kimmage already hit out at the barbaric nature of MMA after McGregor's interim title victory and a shot like this won't sway his attitude.

But it shows how much it meant to the fighters. 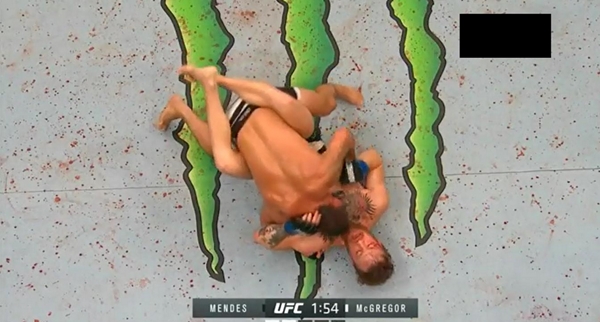