There's always been a curious relationship between professional wrestling and mixed martial arts.

Over the years, we've seen fighters like Ken Shamrock and Dan Severn try their hand in the WWE. We've also seen professional wrestlers like Brock Lesnar and Bobby Lashley go the other way, giving MMA a go.

And Kurt Angle could be the next former WWE superstar to move into the realm of mixed martial arts, with the 1996 Olympic gold medalist revealing that there is a slim chance that he could accept a fight under the Bellator banner.

END_OF_DOCUMENT_TOKEN_TO_BE_REPLACED

Angle joined forces with Bellator last year in a commentary capacity but has admitted that a slight possibility exists that he could swap the headset for the 4 oz. gloves.

"We (Angle and Bellator) signed for a few different dates," Angle told Rodolfo Roman. "My next date is February 19th in Houston, Bellator 149, the main event is Gracie vs. Shamrock. I'll be commentating some that night. But I think they're having me get my feet wet, commentate a little bit and maybe more down the road, if I do decide to fight.

"The chances are 1% that I'll fight, 99% that I won't. I don't plan on fighting but if I feel good, my body's good and the training's going well then I might consider it down the road. But right now, I'm saying no.

"I do enjoy being a part of Bellator. They have their own theory about what they want to do. They take chances and I love that." 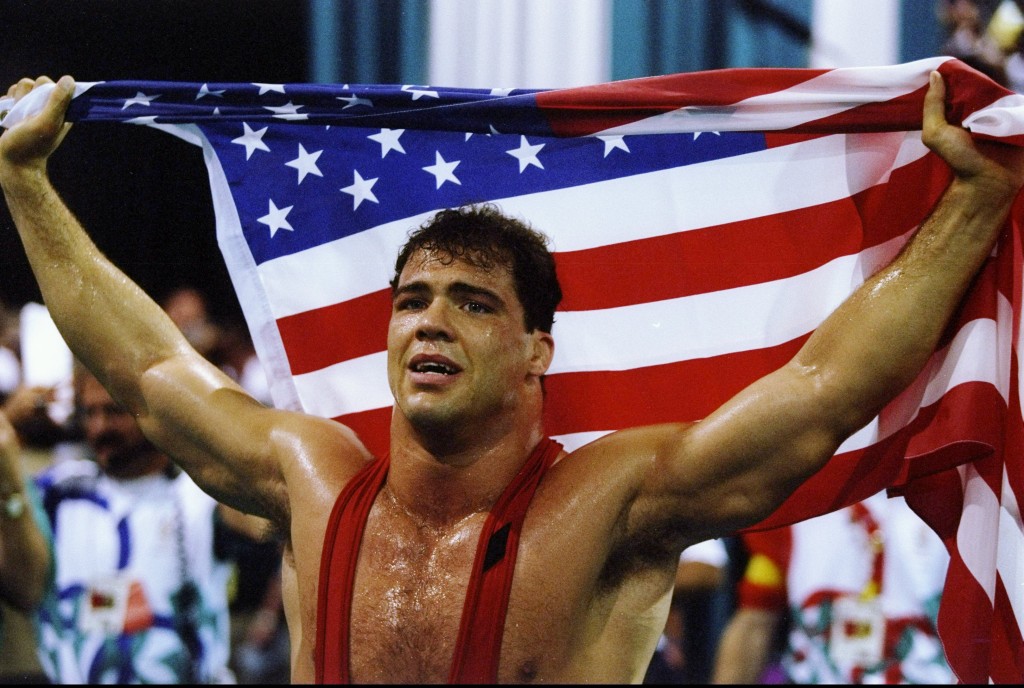 END_OF_DOCUMENT_TOKEN_TO_BE_REPLACED

While Angle has remained non-committal to fighting, he has already decided on the class of opponent that he'd like to take on if he does agree to a professional MMA bout.

END_OF_DOCUMENT_TOKEN_TO_BE_REPLACED

"Of course I'm not going to fight a guy in their prime. It's not going to happen. It's obviously going to be one of the older guys.

"If it does come to fruition, it'll be a hell of a fight. Whether it's Kimbo Slice or Ken Shamrock or Dan Severn, whoever it is. Even Royce Gracie, you'll never know.


popular
Sean Dyche set to be named Everton manager after Marcelo Bielsa talks break down
Roy Keane flatly rejects longstanding perception of ex-Man United midfielder Paul Ince
Allianz National Football League Round 1: All the action and talking points
Roy Keane leaves ITV pundits in stitches after Pep Guardiola's pre-match interview
Conor McGregor hit by car ‘at full speed’ while cycling
Quiz: Identify these 15 football clubs that are not named after a place
RFU issue statement following backlash over decision to lower tackle height
You may also like
2 years ago
"When you grow up in these places, if you can't fight you're f***ed" - James Gallagher
3 years ago
James Haskell responds to MMA call-outs by Neil Best and Andy Powell
3 years ago
James Gallagher set to headline Bellator show in Dublin
3 years ago
'I really think that me and Ben Askren are gonna fight' - Dillon Danis
3 years ago
'Bellator has a Dublin show in September so I'm thinking of bothering them about it' - Heather Hardy
3 years ago
'Katie's an Olympic gold medallist who unified the belts but is not getting paid like a man'
Next Page