Gunnar Nelson has his theories on why all these fighters keep missing weight.

The SBG fighter takes on streaking welterweight Alan Jouban in UFC London's co-main even on Saturday. As per normal, Gunni isn't cutting much weight for this one.

Both he and his father have been speaking out against fighters making huge week cuts for a while. With all these high-profile fights falling through due to botched weight cuts, Gunnar was eager to speak about one recent would-be title fight in particular.

"The question before, you were talking about Khabib... I don't mind if that's ok," Nelson said.

Nelson spoke passionately about the interim lightweight title fight at UFC 209 being scrapped after Nurmagomedov failed to make weight. After 'The Eagle's' constant requests to be granted a title shot, Nelson found the whole debacle to be ridiculous.

"I thought it was absolutely ridiculous. He's been whining about his title fights for a long, long time. He gets there and, I don't know exactly what happened, maybe he got sick or something, in that case it's very unlucky."

"It's just a bit weird, he's been talking about this title fight for a long, long time. You know, 'My title fight! My title fight!' and then he can't even make the weight."

END_OF_DOCUMENT_TOKEN_TO_BE_REPLACED

Nurmagomedov's scheduled opponent, Tony Ferguson did his job and made the weight. Although receiving a win bonus may have been out of the question, Nelson feels that the least Ferguson deserved was to be compensated financially. 'El Cucuy' told MMAJunkie after the event that the promotion shelled out less than half of his show money for turning up. 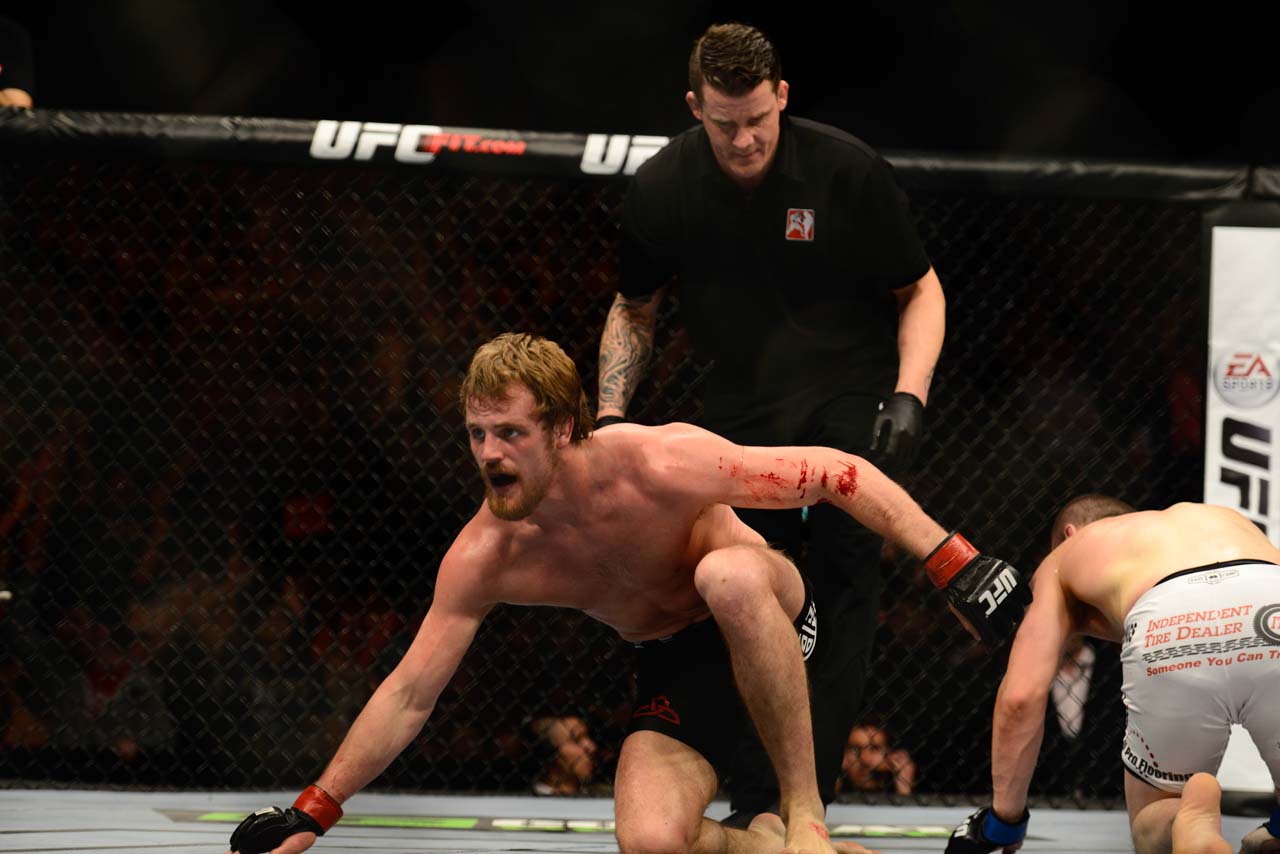 END_OF_DOCUMENT_TOKEN_TO_BE_REPLACED

It seems that fights falling through due to weight cutting-related issues has been happening quite frequently of late. Nelson has his theories as to why the problem seems to be more prevalent now. He believes the new early weigh-in system may have something to do with it, as well as the more stringent drug testing policy.

"I think maybe the main reason why this is happening, maybe people aren't waking up early enough to get it done, maybe that's it. But also, the new drug rules, the new drug tests are so much better. Maybe they're taking some shit to get down weight and it's harder to take that stuff now than it was before or something and they're missing the weight because of it."

"I'm not sure. I never cut that much weight and I don't know much about these different drugs and steroids these guys are taking, but maybe that's it."

Watch Gunnar in action at UFC Fight Night: Manuwa vs. Anderson live in the UK on BT Sport from 9pm GMT on Saturday, March 18, or catch the UFC FIGHT PASS Prelims from 5:30pm GMT