It's a hell of a name and it belongs to a hell of a fighter, in my books the stand-out fighter of the year.

Joanna Jędrzejczyk has single-handedly made an entire weight division (the formation of which was met with relative apathy) massively interesting for fight fans.

When the UFC crowned Carla Esparza their first strawweight champion last December, the reaction was not the tidal wave of excitement that was expected to echo Ronda Rousey's 2013 UFC debut.

It barely prompted a ripple.

Then along came a Polish Muay Thai practitioner who was intent on hoisting the 115 lb weight division up on her slight shoulders and carrying it into the mainstream.

Joanna Jędrzejczyk had just looked decent in her pair of 2014 fights under the UFC banner so was a somewhat understandable underdog when she got her title shot against Carla Esparza in March, 2015.

She came out with a point to prove.

END_OF_DOCUMENT_TOKEN_TO_BE_REPLACED

Just as Joe Rogan and Mike Goldberg struggled with the pronunciation of her name, Esparza floundered under the vicious kickboxing of Jędrzejczyk.

Elbows, knees, shins and fists sliced open the delicate features of Esparza who hadn't been beaten in four years and Jędrzejczyk finally made people sit up and take notice of a division that had been written off for lack of technique and finishing power.

But Jędrzejczyk found no such difficulty and she was so confident of dominating her division that she started telling tongue-tied fans and media members to simply refer to her as "Joanna Champion."

She took on Jessica Penne in June and made this face... 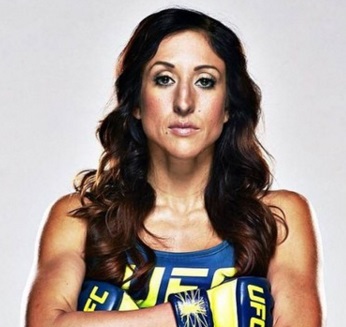 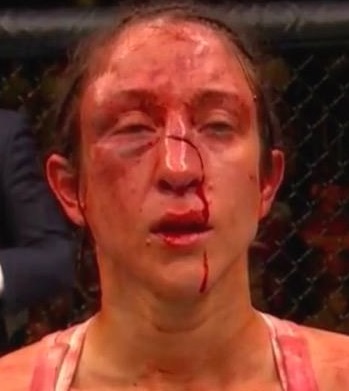 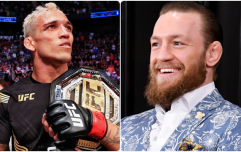 END_OF_DOCUMENT_TOKEN_TO_BE_REPLACED

It was brutal but beautiful, fucked up but flawless and it wasn't done with the typical heavyweight haymaker that has led to the more famous UFC finishes of all time.

The stoppage came from precise striking, creatively set up combinations and an efficiency of movement that led many, myself included, to realise that this petite woman, who started kickboxing as a way to get fit only a few years ago, had developed into one of the greatest strikers in the promotion.

When the time came to defend her title for a second time, plenty were genuinely worried about Valerie Letourneau's well-being as the striking of most women at 115 lbs is still light-years behind that of Jędrzejczyk.

Ronda Rousey and Holly Holm did most of the promotion for UFC 193 in Melbourne, Australia and Jędrzejczyk had more eyes watching her co-main event than had ever seen her fight before.

Did she cave under the added pressure?

Of course not. Jędrzejczyk showed a champion's grind to walk through some decent Letourneau shots but, for the third time running, she made her opponent look like an amateur on the feet.

The stoppage didn't arrive but the decision reflected Jędrzejczyk's dominance as she recorded a 50-45, 49-46 and 49-46 victory on the judges' scorecards. 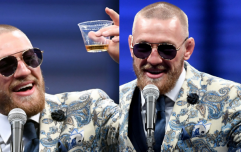 END_OF_DOCUMENT_TOKEN_TO_BE_REPLACED

Three 2015 fights against three of the best strawweights in the world, all of whom Joanna Jędrzejczyk dispatched with little to no difficulty, which has catapulted her into the top 15 pound-for-pound fighters in the world and I'd argue that she should be much higher up that list based on what we've seen thus far.

To my eyes, there is no better out-and-out striker in the UFC than Jędrzejczyk. Her technique has the right combination of sublimity and relentlessness, expressing one's typically violent art through beauty, the perfect storm.

She is 11-0 in professional MMA and that 0 doesn't look like going anywhere any time soon.

So remember, and learn, the name. Joanna Jędrzejczyk!

This is the second in a series of articles in which SportsJOE's writers champion their sportsperson of the year. Read the case for Jon Walters here. You can see the candidates below and vote for your favourite.

popular
"They're so far ahead of where I was at 18, it's just off the charts in terms of gym and fitness tests"
"I don't know if the management know what their best 15 is" - Worrying times for Tyrone going into the championship
Damien Duff bides his time before roasting the FAI with 'motivational video' comment
Ronaldo removes Coke, shows off the drink of champions in pre-match conference
Can't imagine Rangers fans were happy about what Ronnie Whelan called Scotland
Euro 2020 Quiz: Group F
Christian Eriksen's first words from hospital are a credit to the man
You may also like
1 month ago
Chris Weidman snaps leg in half while kicking opponent after just 17 seconds
1 month ago
Daniel Cormier clashes with Jake Paul during UFC 261 broadcast
1 month ago
Kamaru Usman makes Jorge Masvidal eat his words with devastating KO
2 months ago
McGregor and Poirier relationship turns sour over $500,000 donation
2 months ago
Exciting UFC 264 card takes shape as McGregor signs up for trilogy
4 months ago
"This man ain't ready for Nurmagomedov. He ain't ready!'"
Next Page