"In the build up to the last fight you were unusually kind to Dustin."

Conor McGregor has had some of the most memorable press conferences in UFC history.

More often than not he comes out on top - the quick wit, the suit, the strut, the sunglasses, the attitude - McGregor controls the whole room.

END_OF_DOCUMENT_TOKEN_TO_BE_REPLACED

In 2015 he verbally assaulted Jose Aldo, in a series of press events which clearly got the Brazilian champion so rattled, that he lasted less than 13 seconds after entering the octagon.

McGregor is purposely late, he swears and is deliberately obnoxious, never allowing his opponent to get a word in and he plays to the crowd the entire time.

However, during the final press conference before his rematch with Dustin Poirier, the US fighter who knocked the Irishman out on Fight Island delivered a killer one-liner.

"Conor, in the build up to the last fight you were unusually kind to Dustin," said a journalist in the crowd.

"Now it seems on [this] fight week, that it's the exact opposite, so where did that switch happen?" 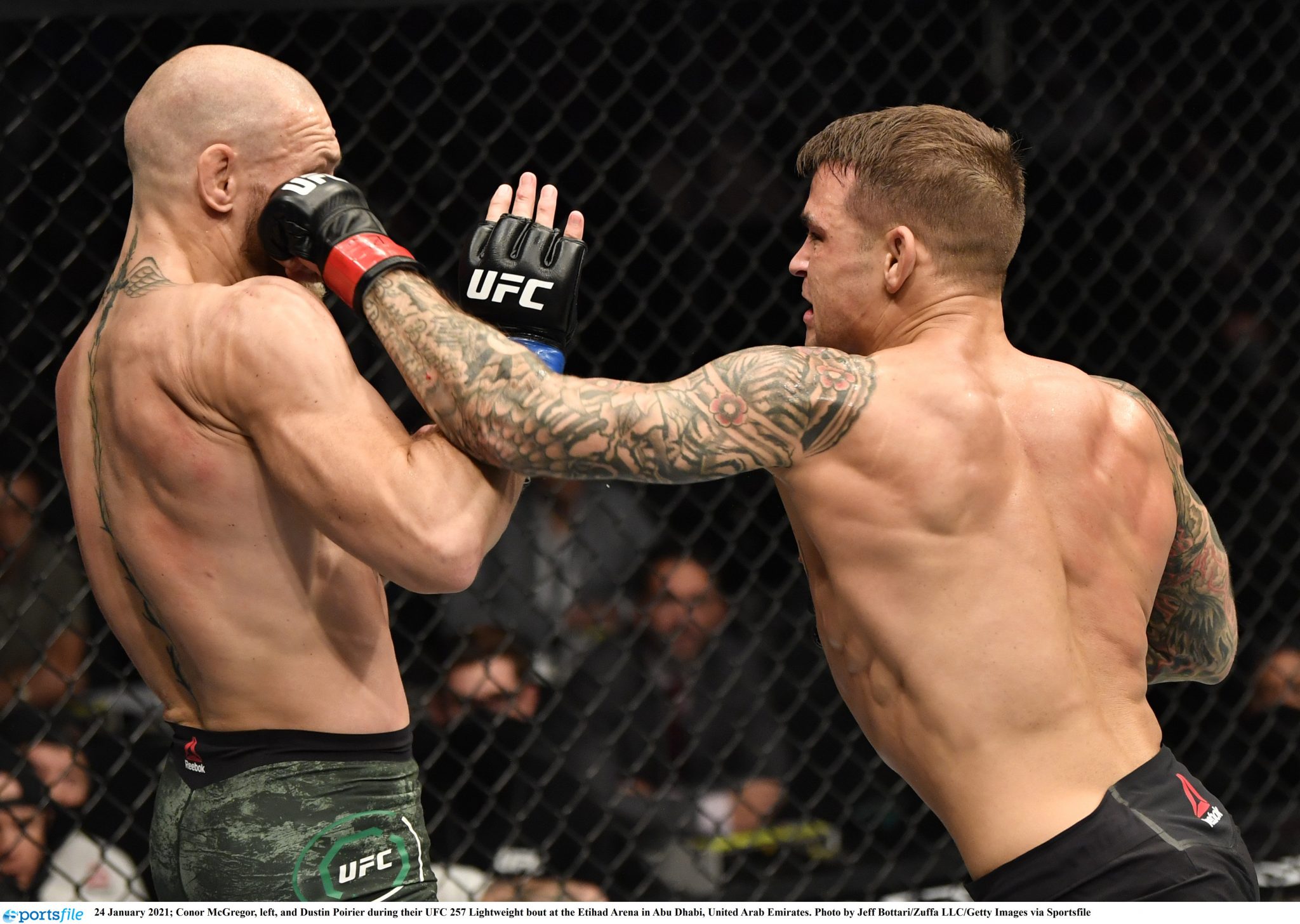 The quick wit and reflexes that the Dubliner usually relies on weren't as fast as Poirier's, who immediately interrupted the question.

END_OF_DOCUMENT_TOKEN_TO_BE_REPLACED

Ouch. Even the predominantly McGregor-based crowd couldn't help but cheer and enjoy the sheer savagery of the put down, and he wasn't done yet.

In reference to the Crumlin native's popular training programme known as 'McGregor FAST', the American fighter chirped in again.

Now the fans really lifted the noise, and much like the previous fight, there was a shift in momentum that led to Dustin Poirier coming out on top.

Poirier still highlighted how much that he respects his opponent and keeps reiterating that it's "just business."

"I don't hate anybody up here, I'm at a different place mentally.

"Respect to him and everything he has done."


popular
“Players flourished when Roy Keane left” - Rio Ferdinand on why Keane was a 'detriment' to Man United
The FootballJOE Pub Quiz: Week 50
Man United considering loan move for Christian Pulisic
Specsavers troll former Liverpool star for Darwin Nunez headbutt claim
"To be able to call myself the fastest man in Irish history is just amazing" - Olatunde overjoyed after record-breaking run
The moment Israel Olatunde realised he qualified for the Euro 100m final is what it's all about
"I went up to the Italians and gave them a big auld shoulder" - Paul O'Donovan does it again
You may also like
1 month ago
Jorge Masvidal speaks about defending BMF title against Conor McGregor
2 months ago
Dana White reveals who Conor McGregor could fight on UFC return
2 months ago
Your guide to a great weekend of sport and how to stream it all
2 months ago
Conor McGregor says he knows his next UFC opponent and fight date
3 months ago
Commentating cage-side, Daniel Cormier missed the UFC knock-out of the year
3 months ago
Conor McGregor responds to Michael Chandler's callout after UFC 274
Next Page