Let's have a look at every Darren Till weigh-in under the UFC's banner.

Since the Khabib Nurmagoemdov article proved to be so popular, we've decided to look back at the UFC weigh-ins of another fighter who's had his issues making weight in the past - Darren Till.

'The Gorilla' calls himself a 'light heavyweight in the welterweight division.' He's said how much weight he cuts should be illegal. He's also signified his desire to move up to middleweight eventually.

Before that, he'll fight for the welterweight title at UFC 228. To fill some time before that card, take a look at all of the Liverpudlian's past UFC weigh-ins below.

END_OF_DOCUMENT_TOKEN_TO_BE_REPLACED

Till wasn't supposed to feature on this card. However, when TJ Waldburger pulled out of his bout against Wendell de Oliveira, the British fighter stepped in on short notice.

Although he was preparing for a fight at Immortal FC 1 the following month, Till couldn't turn down the UFC's call. On nine days' notice, he made the 171 lb limit. He won via second-round knockout. He was 22 years old.

END_OF_DOCUMENT_TOKEN_TO_BE_REPLACED

Irish fans will remember Till's sophomore bout against Nicolas Dalby in the 3Arena.

This was the first real glimpse we got of his difficulties making the welterweight limit. He came in at 171 lbs but needed the towel to do so. The pair fought to a draw in a fight of the night performance. Admittedly, Till was dominating in the stand-up until he dislocated his shoulder. The Dane scored a 10-8 third round to earn a draw. Till was 22. 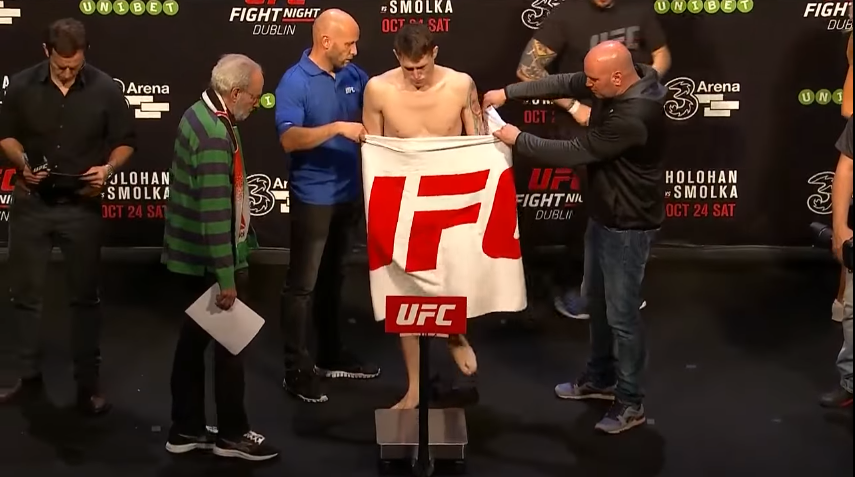 Boy was he happy to make weight.

That shoulder proved to be problematic. Till wouldn't return to the Octagon until he was 24 years of age.

When he came back, he was heavy. He weighed in 176 lbs and was forced to forfeit 20% of his purse to Jessin Ayari. Till won the catchweight contest via dominant unanimous decision. 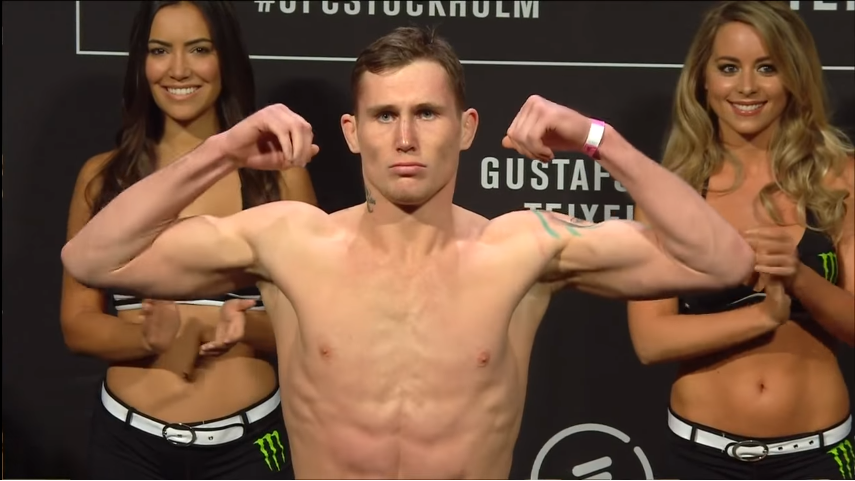 Still 24, Till wanted to prove a point in his next fight. Perhaps signing a five-fight deal with the promotion in August lit a fire in his belly.

Sure enough, he tipped the scales at 170 on the button. He completely dominated Bojan Velickovic over three rounds. He called out Santiago Ponzinibbio in his victory interview with Dan Hardy. However, a much bigger name was next up. 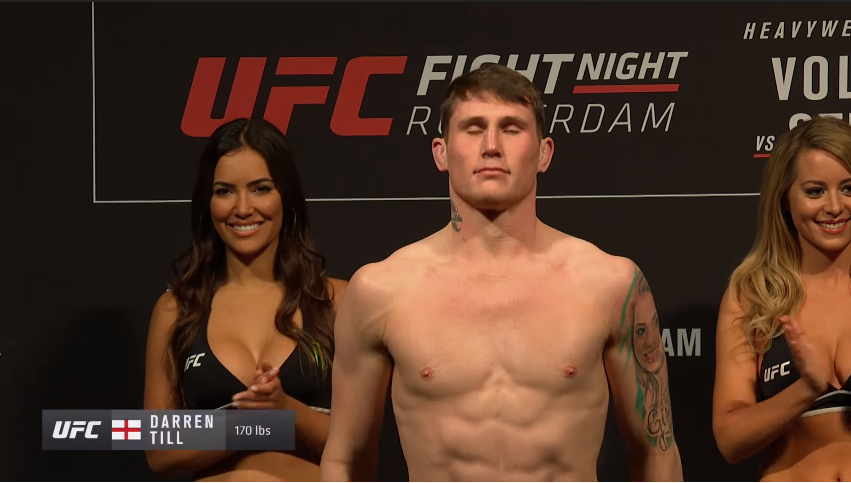 This was the star-making performance. Conor McGregor's antics brought some extra eyes to the somewhat lacklustre event. Till made sure those eyes were rewarded with viewing pleasure.

He made championship weight again before knocking out Cowboy in the first round. He was still 24. 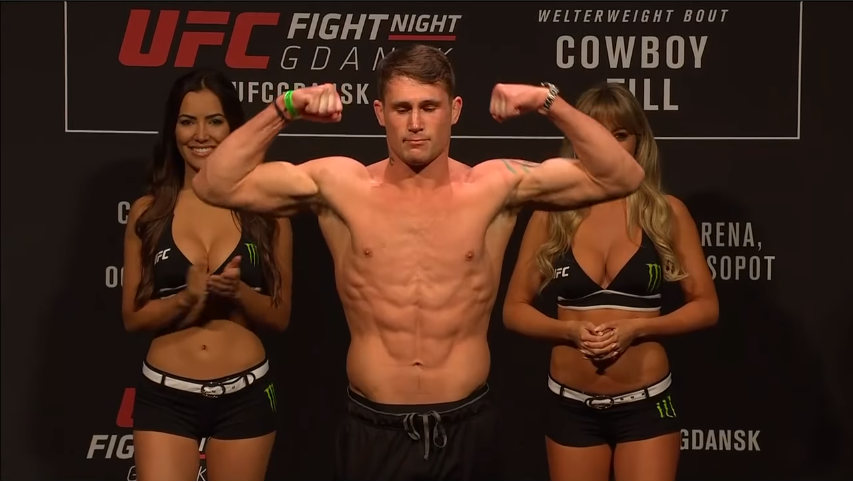 A 25-year-old Till was handed the toughest challenge of his career in the promotion's debut in his hometown of Liverpool. He took on then-number one contender Stephen Thompson, who just had 10 closely-fought rounds with champion Tyron Woodley.

Till missed weight badly, coming in at 174.5 lbs. He was forced to forfeit 30% of his purse to 'Wonderboy' and couldn't weigh more than 188 lbs on the day of the fight. Till won via contentious decision.

At 25, Till has been handed first title shot. He will take on Woodley for the welterweight strap in UFC 228's main event.

Timing played a big factor in this one. Interim welterweight champion Colby Covington, who will be stripped once this fight begins, was expected to fight 'the Chosen One'. However, 'Chaos' wasn't ready in time and the promotion needed a main event to fill.

As Till entered into this one off the back of missing weight, streaking Kamaru Usman was waiting in the wings ready to stand in if needed.

'The Nigerian Nightmare' wasn't needed as Till tipped the scales at 169 lbs. He gave the media members the double middle-finger salute on the scales.

We'll have to wait to see the result of this one!