"I'm not interested in fighting for anything but titles, and I don't imagine there will be any title fights in the future."

Daniel Cormier says he is laying his gloves down after he lost his trilogy fight against UFC heavyweight champion Stipé Miocic by unanimous decision.

Cormier was seeking to go out as heavyweight champion for a second time when he squared off against Miocic in the UFC 252 headliner and he had his moments in the early rounds. He got inside the champ's jabs on a couple of occasions and uncorked some powerful rights.

END_OF_DOCUMENT_TOKEN_TO_BE_REPLACED

Miocic was starched in the first round of the pair's first title fight, back in July 2018, but he was able to eat the shots on this occasion. He was on the receiving end of an accidental eye poke from Cormier, in round two, that caused a brief stoppage.

The Ohio native then had Cormier in a world of trouble, at the end of that second round, when he unloaded a flurry of punches. Cormier took refuge on the mat and was able to hold on until the bell when Miocic followed him down there.

Miocic had the upper-hand in that third round and was landing some nice shots on Cormier. Another eye poke - with Cormier on the receiving end this time - forced a stoppage but referee Marc Goddard deemed it accidental so Miocic was not marked down. 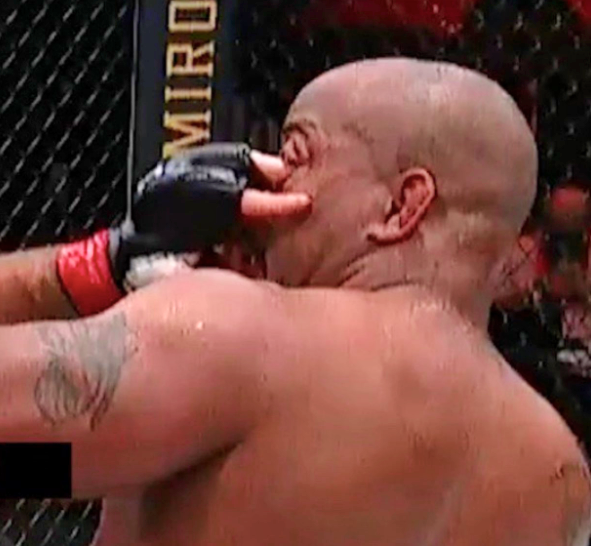 Cormier's eye was already looking pieced up and puffy, earlier in that round, but the poke only made matters worse.

This clip is from the 3:38 mark in the 3rd round. Cormier's eye is already swollen shut.

Thus, the damage to Cormier's left eye had nothing to with an eye poke.#UFC252 #Stipe pic.twitter.com/BMaMWsyQrO

The former Olympic gold medallist later told Joe Rogan he had no vision in his left eye from that moment on. He commented:

"I told Marc [Goddard] during the fight that he poked me and he said he thought it was a punch. After the fight he said, 'Yeah, I saw it on the replay'."

END_OF_DOCUMENT_TOKEN_TO_BE_REPLACED

The vision had not returned by the time it came to post-fight interviews and Cormier was ferried straight to hospital after they wrapped. Between the third and fourth rounds, he told his corner, "I can't f***ing see!"

The final two rounds saw Miocic effectively seal his heavyweight title and the 20th win of his professional career. He was the one pressing and landing combinations while Cormier was trying for the knock-out with that dangerous overhand right of his.

When the final bell sounded, both men raised their arms but Miocic was the only man with his arms aloft when Goddard's lift announced him as a 49-46, 49-46, 48-47 winner. 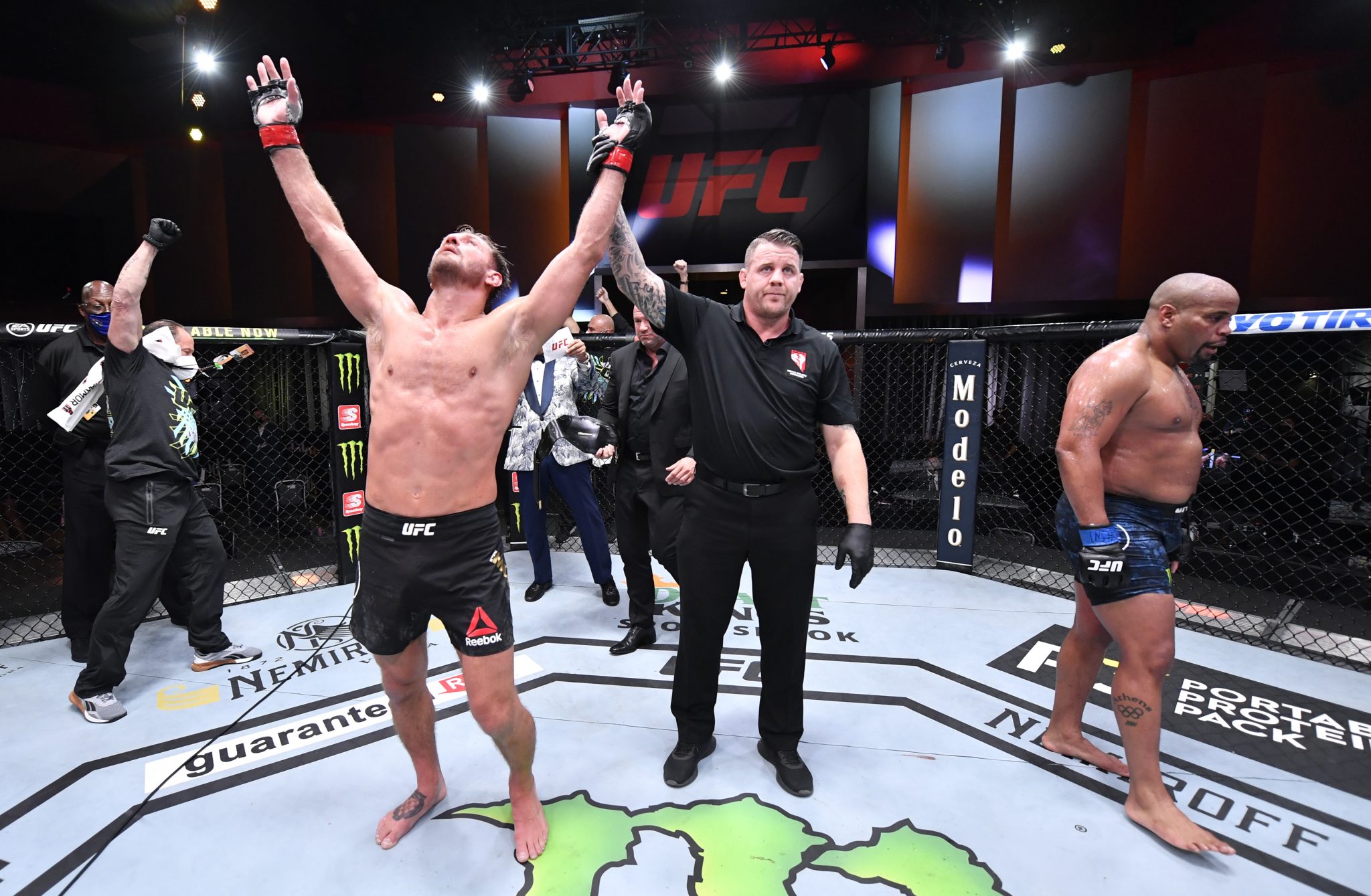 Cormier followed in the footsteps of Conor McGregor, in 2018, when he beat Miocic to become 'champ champ' at Light Heavyweight and Heavyweight and hold belts in two different divisions at the same time. Miocic avenged that loss in August 2019 and has now sent Cormier into retirement on the wrong end of a 2-1 trilogy scoreline.

"That’ll be it for me," said Cormier. "I’ve had a long run. It’s been great. I just fought my last fight for a heavyweight championship. It was a pretty good fight."

UFC. president Dana White says Francis Ngannou is next up for Miocic, despite Jon Jones going on Twitter to express an interest in stepping up a weight division to challenge the 37-year-old.