In the end, we could get the best of both worlds.

"If, tomorrow night, Khabib tells me, 'I'll come back but the only fight I'll do is Georges St-Pierre', it looks like I'll have to get to work."

So said UFC president Dana White, to Canadian reporter Stephen Brunt, on Friday before he met with Khabib Nurmagomedov in Abu Dhabi. 'The Eagle' retired, last October, after defeating Justin Gaethje to go 29-0 but White was hopeful that he could eek one more fight/pay-day out of the Dagestani.

When he was informed of that Dan White line, former UFC welterweight and middleweight champion Georges St-Pierre got into a gleeful tizzy.

"Khabib is bigger than me. He’s a better weight cutter than I am, probably, and I’m older than he is, and that plays too. We need to know the terrain. It’s one of the principles of the art of war. I need to know if I fight in a place where he knows the terrain and I don’t, it’s an advantage for him. Right now it’s an advantage for him. I don’t have the infrastructure to train, and he does. So there needs to compromise on both sides to make the fight even."

END_OF_DOCUMENT_TOKEN_TO_BE_REPLACED

Nurmagomedov is convinced that he has done enough to cement his legacy as an all-time great lightweight champion. After he defeated Conor McGregor in 2018, he stated that he was only interested in taking fights that would prove he was the greatest to ever enter The Octagon, and he had 'Rush' atop his wish-list. 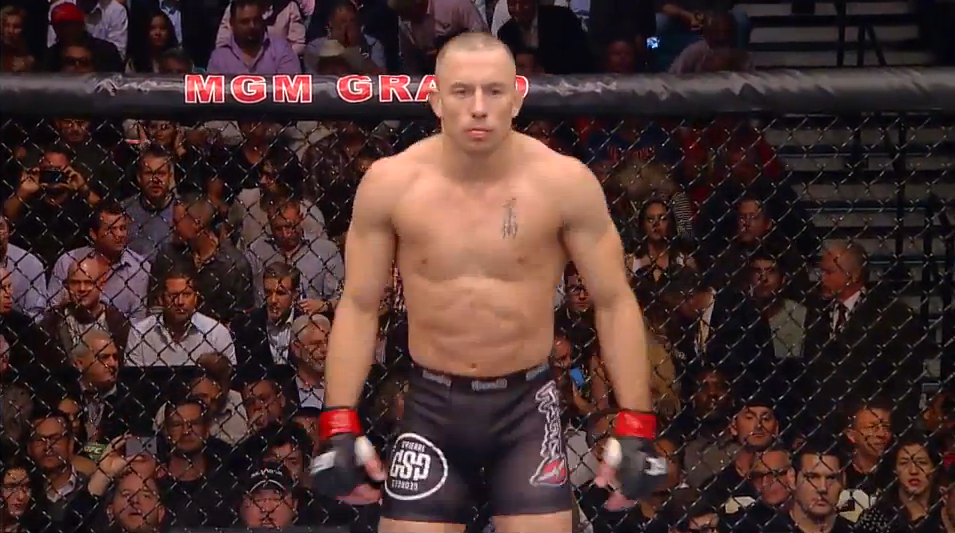 END_OF_DOCUMENT_TOKEN_TO_BE_REPLACED

Since then, Nurmagomedov easily dealt with title defences against Dustin Poirier and Gaethje before vowing he wanted to walk away from the sport. White dangling a St-Pierre fight in front of him, to reach 30-0 if successful, could yet turn his head. The Canadian has stated, though, that the UFC needs to pay him properly if he were to return.

And, since White made those GSP comments, his meeting with Nurmagomedov has taken place. On what arose in the get-together, we will have to wait a while to get the full story. White took to his social media accounts to tease a big announcement on 'The Eagle' and the lightweight division.

"I met with Khabib Nurmagomedov last night," he stated, "and today at 3pm Eastern Time (8pm GMT), on ABC, I'm going to talk about his decision, and how it is going to impact the Poirier-McGregor fight, next weekend, and the co-main event in the lightweight division."

END_OF_DOCUMENT_TOKEN_TO_BE_REPLACED

By mentioning the co-main event of UFC 257 - between Dan Hooker and Michael Chandler - White appears to have tipped his hat on how next weekend will play out.

Were Nurmagomedov returning to defend his belt, White would have had no need to mention the Hooker-Chandler fight as McGregor and Poirier are higher ranked fighters and would be next in line for the champion.

It looks as though Nurmagomedov will either be relinquishing his belt to either retire, full-stop, or to take on St-Pierre in a catchweight bout. That would mean the winners of Poirier-McGregor and Hooker-Chandler would face off, later this year, for the belt vacated by Nurmagomedov.

All will soon be revealed, but 2021 looks to be a year of high-stakes lightweight action.