No wonder Dana White's been so cranky this week.

If Conor McGregor's latest interview is anything to go by, the UFC president is down a hell of a lot of money because of how UFC 189's main event played out.

"I predicted I would knock him out inside two rounds," McGregor said. "I placed a bet with my business partners; a multi-seven-figure bet that Chad would not escape the second round. Low and behold, when McGregor predicts something, the prediction comes true. That’s what happens.” 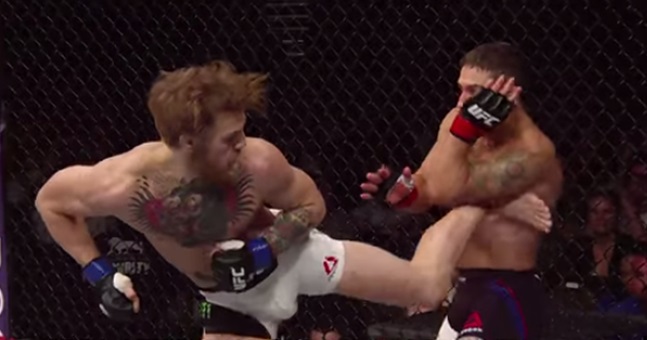 END_OF_DOCUMENT_TOKEN_TO_BE_REPLACED

Prior to the July 11 event, White revealed that McGregor had attempted to strike up a bet with himself and co-owner Lorenzo Fertitta.

White told the story on The Jim Rome Show, saying: "You want to know how confident this kid is? I can't even believe I'm going to say this, but, he told Lorenzo and I the other day ‘I'll bet you $3 million I knock him out in the second round.'

"I like to bet, I don't know if I'm that willing to take that bet," White added. "When I tell you how extremely confident this guy is in himself, it's fascinating. He is a very unique, fascinating person to listen to. Fun to listen to, and fun to watch." 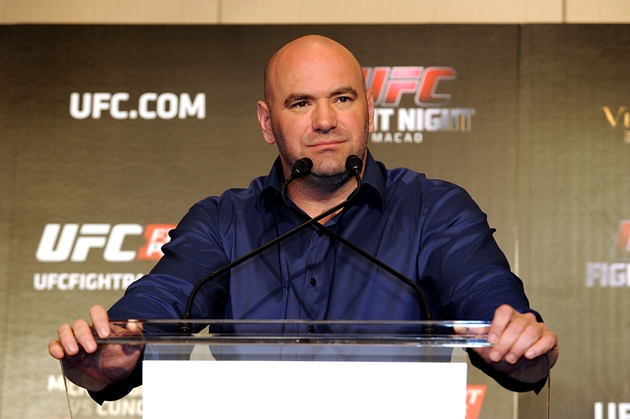 END_OF_DOCUMENT_TOKEN_TO_BE_REPLACED

While there's no definite answer from either McGregor or the top brass at the UFC on whether the bet went ahead, it would seem like that's the case and we wouldn't blame Dana and Lorenzo for being pretty pissed off with Chad Mendes for failing to hang on for an extra three seconds.


popular
Eamon McGee just couldn't help himself with Armagh-melee tweet
Robert Finnerty's strut up to the penalty spot was the stuff of legend
Strongest Ireland team to face New Zealand in Test opener, after squad set-back
How Man United would line-up if they land their big summer transfer targets
Conor Gleeson's gesture to heartbroken Ethan Rafferty a tonic after sideline brawl
Andros Townsend claims 'moaning' Jurgen Klopp has 'got his way again'
Ireland include plenty of new faces in team to face Maori All Blacks
You may also like
1 month ago
Conor McGregor says he knows his next UFC opponent and fight date
1 month ago
Commentating cage-side, Daniel Cormier missed the UFC knock-out of the year
1 month ago
Conor McGregor responds to Michael Chandler's callout after UFC 274
1 month ago
'All those guys are overpaid' - Dana White slams boxing salaries
2 months ago
Francis Ngannou wants a Tyson Fury clause in his new UFC contract
2 months ago
Daniel Cormier makes fair point about Dean Barry's UFC debut disqualification
Next Page