In fairness to 'The Notorious', the fact that he's up and moving about so soon after his leg break is an achievement in itself.

Conor McGregor is continuing his rehab after a horrendous leg break that he suffered in a doctor's stoppage loss to Dustin Poirier, back in June. Still, this McGregor pitch at Wrigley Field needs some serious looking at.

The former UFC feather- and lightweight champion has been taking some time away from the comeback slog, in the past week, with an appearance at an MTV awards bash and, last night, Wrigley Field.

McGregor had the honour of throwing out the ceremonial 'first pitch' before Chicago Cubs hosted Minnesota Twins in a Major League Baseball encounter. 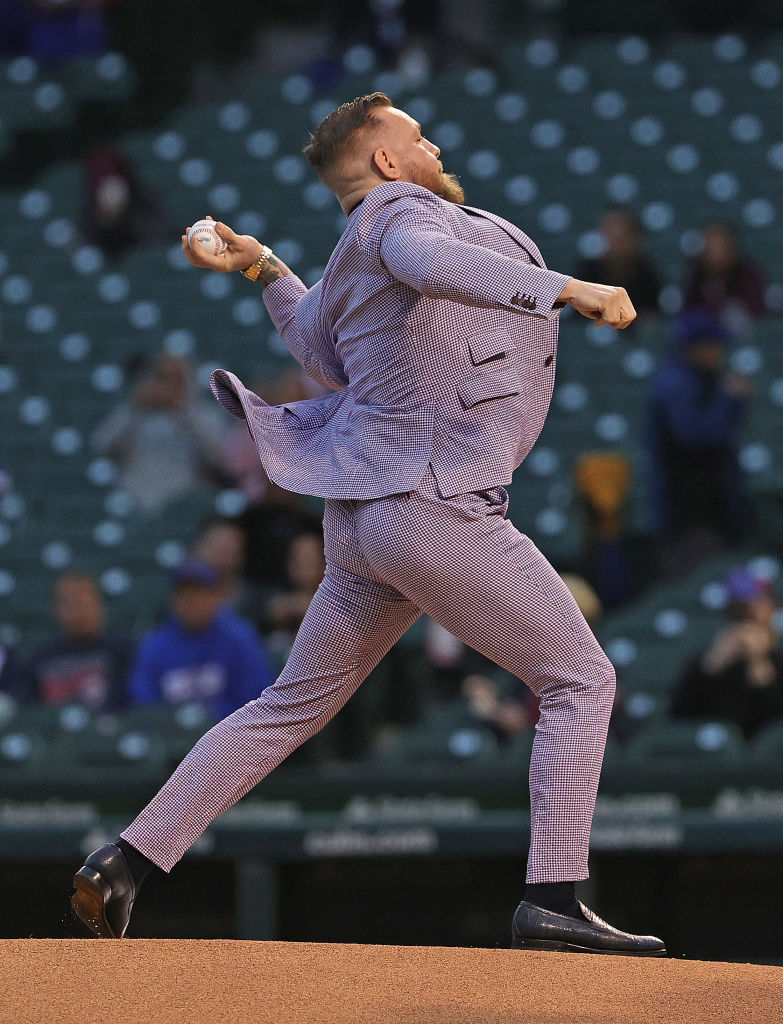 Conor McGregor throws out a ceremonial first pitch before the Chicago Cubs take on the Minnesota Twins at Wrigley Field. (Photo by Jonathan Daniel/Getty Images)
Advertisement

The first pitch duties have taken in rock stars, actors, presidents, scientists, local heroes and past players. The throw itself is quite daunting.

END_OF_DOCUMENT_TOKEN_TO_BE_REPLACED

Standing on the pitchers' mound, one has to sling the ball over 60-feet to reach the catcher's mitt, just past home plate. If you can get it anywhere close to the catcher, you are doing well.

McGregor, who we must remember is just three months off a leg break and was donning a tight suit, would have been hoping for just that. Football was his first love, growing up, before he was drawn to Mixed Martial Arts.

Most with a non baseball upbringing would aim, perhaps, to dial down the speed and go for accuracy. Not McGregor. He appeared intent on going for a strike-out pitch, with extra mustard.

The Dubliner wound one up, cocked the hammer and unleashed a heater that was full of gusto, but woefully short on accuracy.

Just look at the faces of the catcher and those recording the pitch for prosperity. They knew this pitch was a wild one: 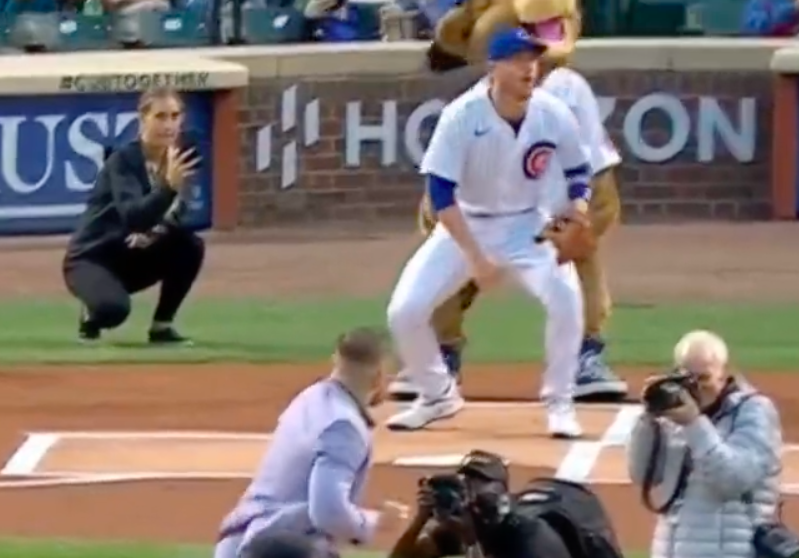 As you can see, it almost ended up clocking a female Cubs fan that was standing in the front row: 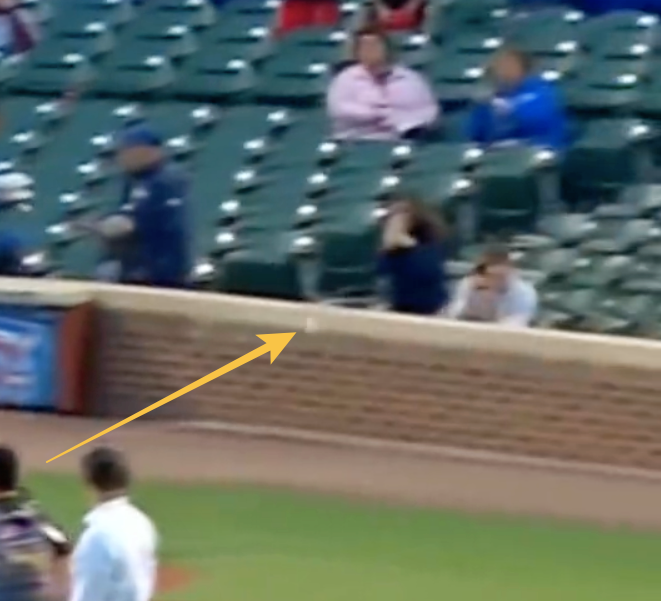 Not how McGregor would have pictured it going, but not an easy task for anyone that has not grown up playing the game.

Asked about the pitch, not long after, McGregor was taking it all in good humour.

"The most devastating first pitch ever seen, at the iconic Wrigley Field!"

Conor McGregor (@TheNotoriousMMA) on his first pitch: "The most devastating first pitch ever seen! The venom is there, the power is there." pic.twitter.com/GTZQDqUbeU

"I'm happy with that," he added. "I'll take that on-board... I don't think there was much a power difference between that pitch and those [players] out there. It was just the accuracy that was off.

"It was either lob it friendly, or aim to take him off his feet. If that was on target, we would have had a problem, I'd say."

As for the game itself, the mediocre Cubs lost 9-5 to an equally struggling Twins side. Thank goodness for the off-field entertainment.