That McGregor ankle looked in a bad, bad way.

END_OF_DOCUMENT_TOKEN_TO_BE_REPLACED

The result means Poirier has now won the trilogy between the pair 2-1, but the biggest concern right now is for McGregor's badly damaged leg.

With former US President Donald Trump sitting cage-side for the fight, the pair had to be separated by security staff when Poirier entered the Octagon. The T-Mobile Arena was packed to the rafters and it was McGregor that most of the fans were getting behind. 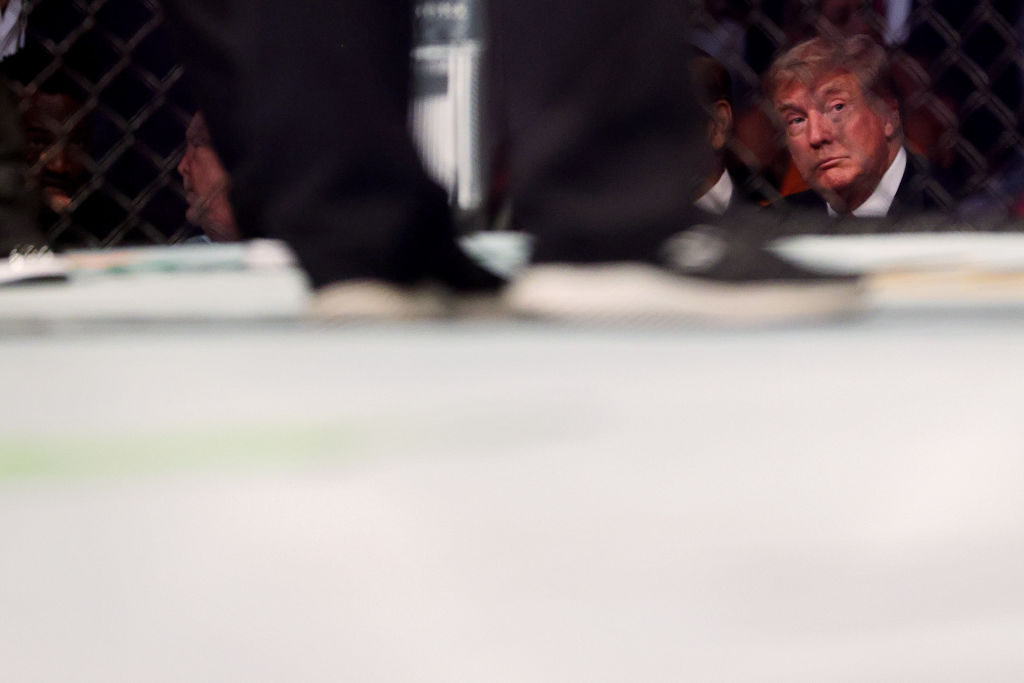 END_OF_DOCUMENT_TOKEN_TO_BE_REPLACED

The first round saw McGregor come out flying with leg kicks and spinning kicks. He stung Poirier with a left hand but 'The Diamond' rattled him right back before taking the fight to the floor.

McGregor landed a few wincing up-kicks but Poirier unloaded on his opponent with heavy bombs from a dominant position.

With 20 seconds remaining in the first round, the fighters got back to their feet and both me uncorked punches. As McGregor was stepping back, though, he landed awkwardly on his ankle and snapped it.

It immediately signalled the end of the fight as McGregor roared in pain.

UFC commentator Joe Rogan believes McGregor had badly lost the opening round and says he made a mistake in trying to guillotine Poirier after he was taken down. 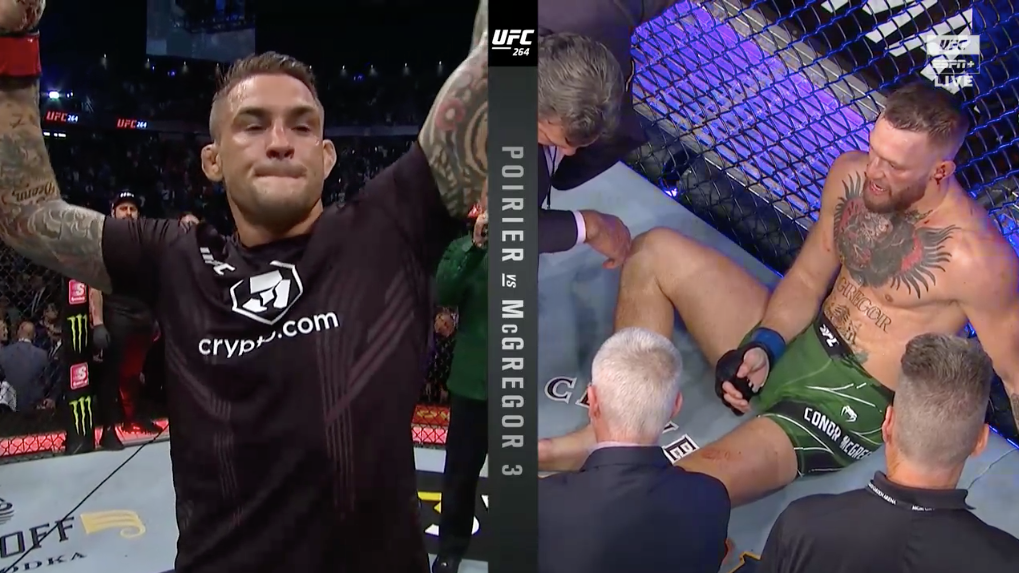 As Poirier celebrated the win, McGregor was swarmed by medics and his team. The barbs continued even after the result was read out, with McGregor declaring, "This isn't over!"

The pair were again kept apart as Poirier left the Octagon to soak in his latest victory. McGregor, meanwhile, was placed in a splint for his broken leg.


popular
Roy Keane's issue with Argentina star could rival Graeme Souness and Paul PogbaA~WQA~~~~~~AAAA
Roy Keane cracked up Ian Wright and Gary Neville with England team spirit remark
Lionel Messi makes Gary Neville eat his words after "silk pyjamas" comment
Roy Keane takes moment on TV to pay tribute to his old team in Cork
The nine England World Cup footballers who could have played for Ireland
'I was so stressed the week before the All-Ireland and I ended up having a panic-attack' - O'Shea and O'Sullivan open up
Man United youngster causes scrap from the bench after throwing ball at Australia player
You may also like
2 months ago
Hasbulla signs five year deal with UFC 'worth more than many fighters'
2 months ago
UFC fighter Elias Theodorou has died, aged just 34
2 months ago
John Kavanagh and Johnny Walker kicked out of T-Mobile Arena during UFC 279 main card
2 months ago
Conor McGregor took exception to one part of Nate Diaz victory speech
2 months ago
Nate Diaz and Tony Ferguson tossed together for UFC 279 main event after wild 24 hours
3 months ago
Your guide to a huge weekend of sport and how to watch it all
Next Page