Cody Garbrandt was on the regional MMA circuit back in 2012 when he wrote himself a lofty career goal. He pinned it on a noticeboard at his gym and it drove him on for nigh on five years.

Garbrandt wanted to become the UFC bantamweight champion by 2017. At the start of 2016, he was way out of the title picture.

Garbrandt's biggest claim to fame, before he went on the charge in 2016, had been squaring up to Conor McGregor during The Ultimate Fighter. That was the height of it. 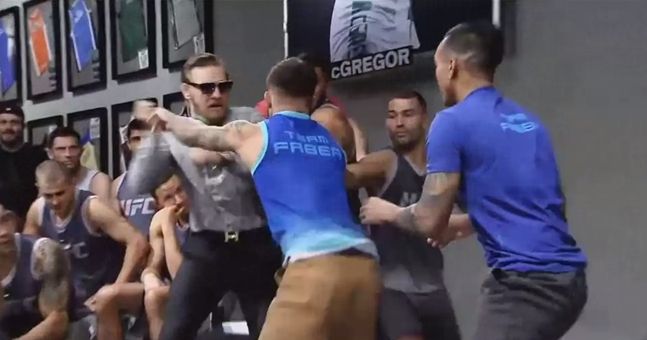 END_OF_DOCUMENT_TOKEN_TO_BE_REPLACED

Garbrandt is 12-0 now in his professional MMA career but his impressive run kicked off last February with a KO win over Augusto Mendes. He accounted for Thomas Almeida [KO] and Takeya Mizugaki [TKO] next and got himself a title shot against Dominick Cruz.

At UFC 207, Garbrandt put on one of the all-time great shows and took a unanimous decision win over Cruz. It was December 30 so he achieved his world title dream a year [or two days] ahead of schedule.

The 25-year-old appeared to be seriously rattled in the lead-up to the fight by Cruz' mind games but he kept it together after his arm was raised and his opponent was bested.

That facade dropped when 'No Love' got backstage and celebrated with his Team Alpha Male stablemates and Maddux Maple, a young cancer survivor. During UFC 207: The Thrill and The Agony, an emotional Garbrandt declares:

"Without him coming into my life, and what he battled at a young age and showing how tough he is... I couldn't do it without him."

Garbrandt and Maple have a long history and the UFC star promised the teenager that he would accompany him to the Octagon whenever he got his world title shot.

At UFC 207, that promise went a step further when Maple got to raise that bantamweight belt in Las Vegas.