Newer fans may not be aware that Serra is the last man to beat welterweight legend Georges St-Pierre and he did so by upsetting the odds back at UFC 69 in what many consider the greatest upset in the sport's history.

The odds were much more heavily stacked against Serra that night than they were against Nate Diaz at UFC 196 last weekend but the element of a hype train being derailed reminded us very much of Serra's knockout victory over GSP in 2007.

END_OF_DOCUMENT_TOKEN_TO_BE_REPLACED

The images of McGregor tapping into submission as Diaz squeezed his carotid arteries are still fresh in the minds of fight fans and Serra, who holds a third degree black belt under Renzo Gracie, has called out 'The Notorious' for tapping out, rather than drop into unconsciousness like Holly Holm, who was bested in the co-main event on March 5.

Speaking on Bloody Elbow's Three Amigos podcast, Serra revealed his delight at Diaz's victory but was shocked that the Irishman wasn't willing to go to sleep from the rear naked choke in the second round.

"Not being a cock, but look at Conor," he said. "All the shit you talked, take a nap, man. It's not like your arm was about to break.

"I understand you want your career and if it was a kneebar, you'll be out for six months, but dude, if worst comes to worst, you'll think you're in your bedroom. That's it. You'll wake up like, ‘WTF,' but everything will be alright." 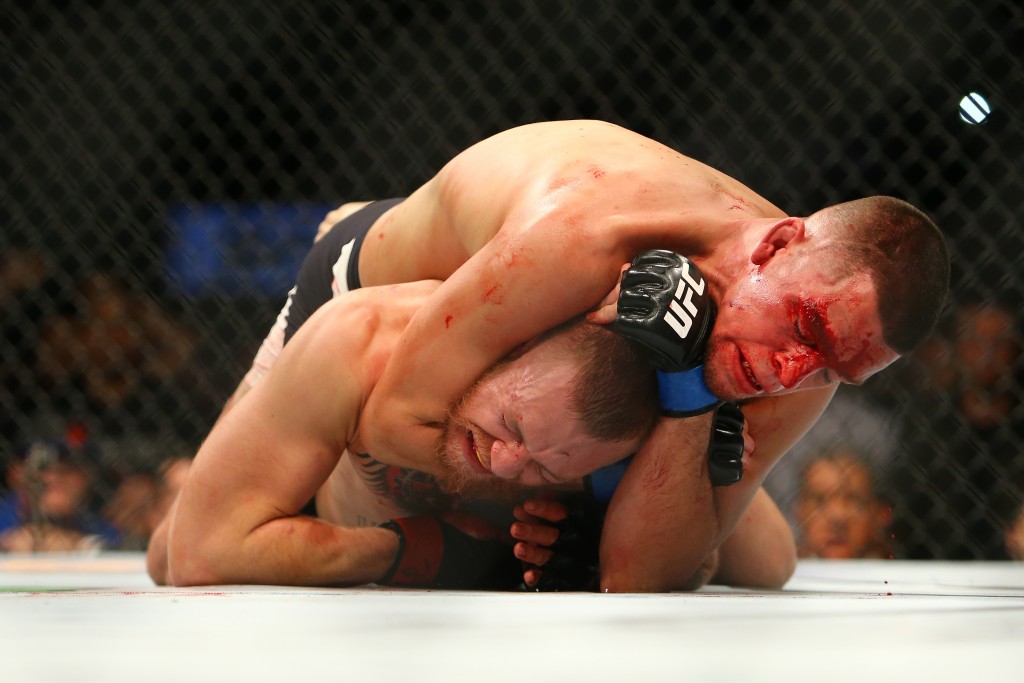 END_OF_DOCUMENT_TOKEN_TO_BE_REPLACED

The retired American expressed his respect for his friends, the Diaz brothers, and criticised McGregor for some of his pre-fight trash-talking.

"They're such respectful guys. People don't know that about them, but they really are. You know what's not around anymore? There's no code anymore. There's no loyalty. They're good guys, they've got a fucking code, and they're warriors, man," sais Serra.

"I was so fucking happy seeing Nate win. Don't get me wrong, I enjoy Conor McGregor, but the shit where he went in on Nate about teaching the kids jiu-jitsu, now look, it's one thing to be witty and this and that, but now you're writing some shit, trying to be clever...you know what? You start crossing lines and your karma is not good, either.

"You start making fun of the guys teaching jiu-jitsu classes...he could be out in the hood doing dirty shit, but he's in there teaching kids martial arts, you dumb fucker. How dare you. That's fucking stupid. You want to make your money, make your money, but that's stupid."

END_OF_DOCUMENT_TOKEN_TO_BE_REPLACED

Serra said there was nobody more excited than him when once Diaz started to find his range in the fateful second round of the UFC 196 main event.