Artem Lobov on the message McGregor sent him after Khabib confrontation

Artem Lobov, Conor McGregor and Khabib Nurmagomedov all used to get on quite well. Not any more.

Six months after his confrontation with Nurmagomedov in a hotel lobby, ahead of UFC 223, Artem Lobov has spoken out about what sparked the incident and led to the all-out feud between the Dagestani and McGregor's camps.

Ahead of his UFC Moncton fight with Michael Johnson, Lobov gave his first media interview in over half a year. He joined Ariel Helwani on his ESPN MMA show and spoke for 40 minutes about a range of topics, including a text message he immediately got from McGregor when footage surfaced online of him being braced by Nurmagomedov and his entourage.

Lobov explained that he used to get on well with 'The Eagle' - a fellow Russian - and that he also had a good relationship with McGregor. That all changed, in his opinion, when Nurmagomedov started to frequently call McGregor a chicken. He commented:

"It might not sound very serious to you guys but, just so you know, chicken is one of the most severe insults you can give a man in Russia. In fact, you call someone a chicken in Russia, that is a person who gets raped, in prison; in a male prison. 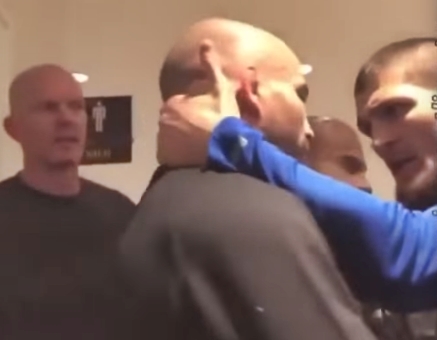 Lobov went on to say how McGregor still respected Nurmagomedov and did not engage with the "chicken" comments. 'The Russian Hammer' admitted he was very harsh in a Russian media interview, back in 2016, when he defended McGregor and pointed out Nurmagomedov had a history of pulling out of fights with injuries and issues.

Although the pair crossed paths on a few occasions after that, it was not until the week of UFC 223 that Nurmagomedov decided to press Lobov on the interview. Lobov says he only got physical - grabbing the back of his neck - when he was surrounded by several members of his entourage.

When footage of the testy encounter was shared online, McGregor was immediately in touch. Lobov says, amid a flurry of messages and interview requests, only one person had his back and displayed genuine concern about the scrape he found himself in - Conor McGregor.

"There was only one good message, from Conor. 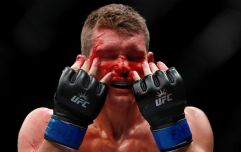 END_OF_DOCUMENT_TOKEN_TO_BE_REPLACED

McGregor was on a private, chartered flight within hours and arrived in Brooklyn the next day. The plan, Lobov says, was to confront Nurmagomedov during the UFC 223 media day at the Barclays Center but McGregor & Co. got there too late and headed down to the loading bay.

Matters got out of hand, once there, and windows of the bus carrying Nurmagomedov were smashed. Lobov insists no other fighters were in danger and that McGregor only wanted to go face-to-face with Nurmagomedov.

Lobov was pulled from the UFC 223 fight card in the aftermath of the bus attack and has kept his counsel ever since. However, now that McGregor and Nurmagomedov have fought - at UFC 229 - he wanted to get his side of the story out before concentrating again on his upcoming fight.

What you've all been waiting for.. @arielhelwani talks to @RusHammerMMA in an exclusive interview about his feud with Khabib, Brooklyn, road to 229 and much more.

Lobov touched on a lot more during the interview - targeting a fight with Zubaira Tukhugov [the man who hit McGregor from behind at UFC 229], boxing offers and taking on Johnson - and it is really worth a listen.


popular
Kilkenny youngster pulls off the no-look hand-pass once more
"Conor Murray was hung out to dry"
Jarlath Burns: The club man going to the top so he can bring it all back
Guinness Pro14 preview: Leinster v Glasgow
"Ireland don't ever do anything different and that's the worry" - Mike Tindall
ROG hits the nail on the head assessing Ireland's performance
Superb TG4 documentary offers insight to lives of up-and-coming rugby players
You may also like
1 week ago
Conor McGregor's next fight narrowed down to two options
1 week ago
Ben Askren on getting the opportunity of a life-time... after he retired
2 weeks ago
Dominick Reyes handles controversial Jon Jones defeat with remarkable grace
1 month ago
Conor McGregor demands apology from ESPN pundit over Cerrone comments
1 month ago
"I saw a guy that looked like he didn't want to be there for some reason"
1 month ago
"Conor's definitely going to be competing before the summer" - John Kavanagh
Next Page