There are a couple of candidates in the pantheon of power-punchers who can claim to be the hardest pound-for-pound hitter in MMA.

You could make a case for Roy Nelson, Mark Hunt and Dan Henderson but there's a strong argument that that honour belongs to Anthony 'Rumble' Johnson.

It took some time for Johnson to find the suitable weight class as he bounced between welterweight, where he repeatedly missed weight, and heavyweight, where he once famously broke the jaw of former UFC heavyweight champion Andrei Arlovski.

'Rumble' has found his home at light heavyweight and has the perfect combination of speed and explosive power for the weight class.

END_OF_DOCUMENT_TOKEN_TO_BE_REPLACED

Essentially, if Johnson hits you then you go down and his 15 knockouts are evidence that you do not want to be on the receiving end of so much as a glancing blow from the heavy-handed monster.

The 32-year-old is all but guaranteed a second shot at Daniel Cormier's 205 lbs crown if he gets past Glover Teixeira in the co-main event of UFC 202 this weekend.

And ahead of the unofficial title eliminator, Johnson was asked by Hot 97's Peter Rosenberg about his daily diet and how he fuels his powerful engine. 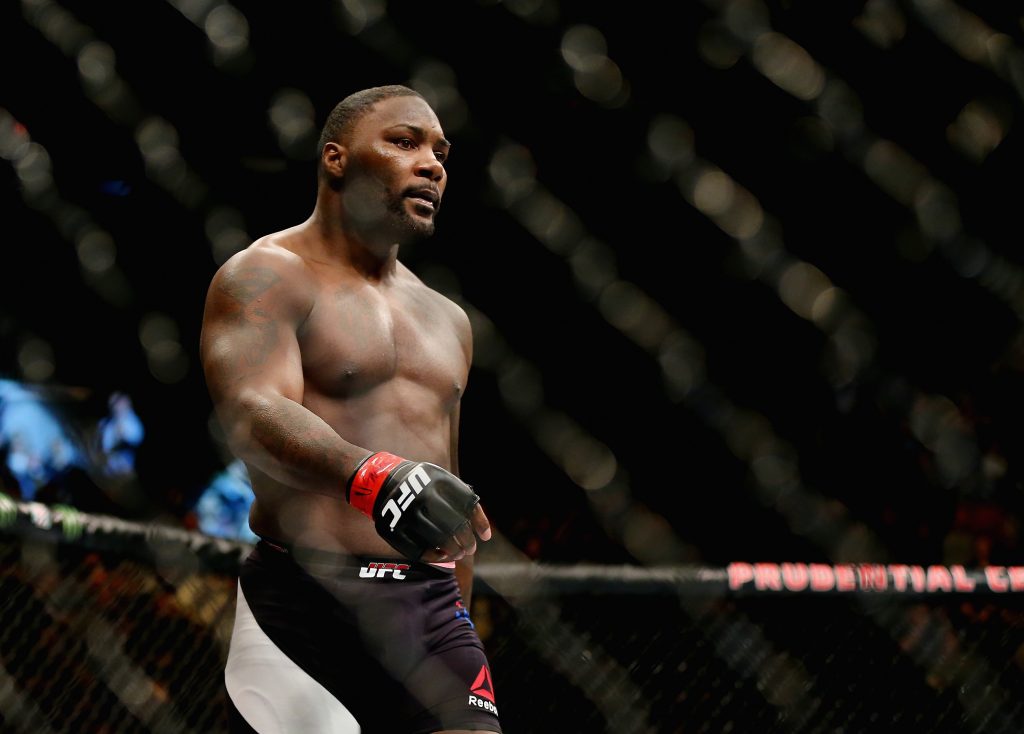 END_OF_DOCUMENT_TOKEN_TO_BE_REPLACED

"It can be some egg whites with some spinach and onions and that's about it," Johnson said.

"It could be a protein waffle, something like that, or it could be egg whites with sweet potatoes to get some carbs.

"Grilled chicken with some quinoa," he said.

"I try to eat every three hours so at about 3 o'clock I'll get some fruit.

"At 6 o'clock, I'll have another meal, about the same thing [chicken].

"Then at night, around 9, I'll have some edamame, I love edamame. It's just something easy to snack on and you can still feel pretty full off of it, especially when you're dieting."

So there you have it... All it takes is a bit of edamame and you too can be knocking out 205 lbs men at a ferocious rate.