Cynics still remain doubtful over the prospect of seeing Conor McGregor square off with Floyd Mayweather, arguably the greatest boxer of all time.

But what of the possibility of seeing 'The Notorious' touch gloves with the slightly-less-arguable greatest mixed martial artist of all time in Anderson Silva?

Weight would appear to be a significant stumbling block when it comes to seeing that fight come to fruition given the fact that Silva typically fights at 185lbs and has fought as high as 205lbs in his career while McGregor has never weighed in any heavier than 168lbs come weigh-in time.

But, as we've learned from both men's recent track record, weight means significantly less than money. 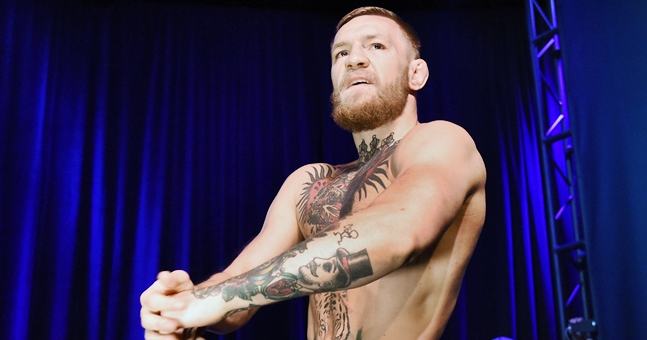 END_OF_DOCUMENT_TOKEN_TO_BE_REPLACED

'The Spider' was willing to take on Daniel Cormier at light heavyweight on mere days' notice after Jon Jones' surprise inability to fight at UFC 200 in July while McGregor insisted on rematching Nate Diaz at welterweight in August in spite of the fact that both are genuine lightweights.

Having said that, it would take a pretty ballsy catchweight agreement from McGregor to take on Silva as one couldn't imagine the middleweight great coming in any lower than 180lbs at this stage of his career.

END_OF_DOCUMENT_TOKEN_TO_BE_REPLACED

But the Brazilian wants to fight McGregor, that much is clear.

"Now that I’m old, I’m beginning to challenge everyone," Silva told GloboTV, as transcribed by BJPenn.com. "Oh, I want to beat this dwarf… what’s the boy’s name again? McGregor.

"It is not provocation. It’s just that I forget, I’m old. Old men know what it’s like. I have this urge to test myself against him. I think he’s a guy who has an unusual ability. I do not know if he would reach a weight of 81, 82 kg, which is the weight I can get to, but it’s a guy I’d like to test myself before I end my career. I think it would be a great fight for the world of fights and UFC history."

Silva currently has a fight lined up against Derek Brunson at UFC 208 while McGregor is in the early stages of his self-imposed competition hiatus, with no shortage of possible bouts on the horizon for his comeback. 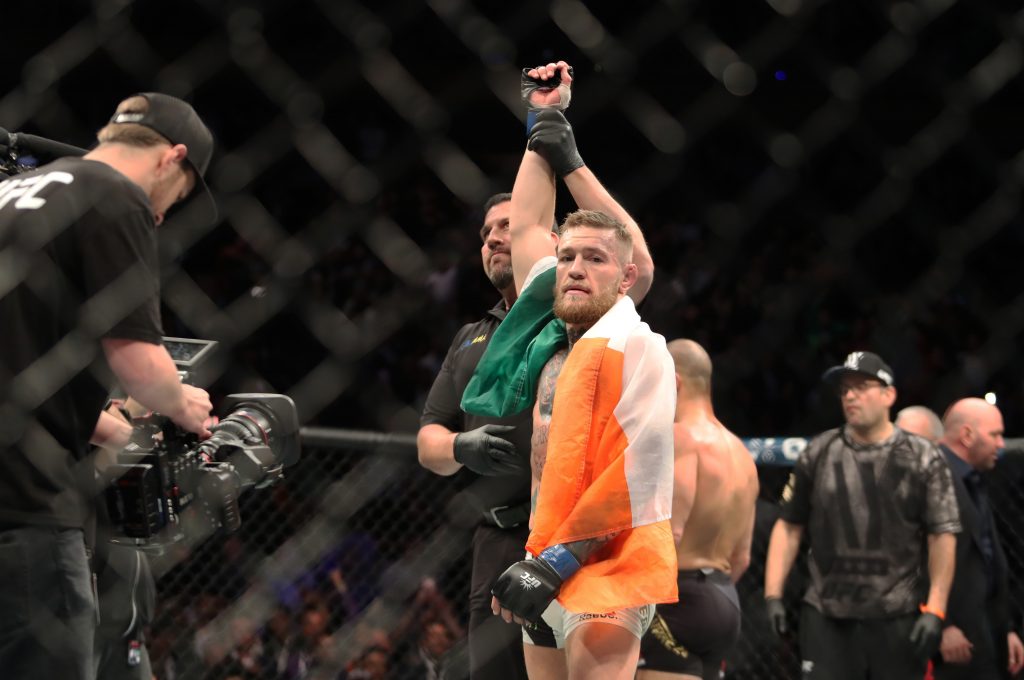 END_OF_DOCUMENT_TOKEN_TO_BE_REPLACED

The most easily imagined first port of call for the reigning UFC lightweight champion would be a unification bout against the man who holds the interim title, which will be decided in the co-main event of UFC 209 as Khabib Nurmagomedov does battle with Tony Ferguson.

And there is also the small, but gradually building, matter of Mayweather, who continues to bang the drum for a cross-sport clash with the Irishman.

Only last week, Silva had his say on the possible outcome of McGregor vs. Mayweather and he actually gave 'The Notorious' a chance against the 49-0 boxing great, something which bookmakers aren't as confident of.

"I think everybody has a chance," Silva said of McGregor's potential boxing debut. "When you step inside (the ring) to fight, you have a chance. Of course that if you’re fighting Mayweather, people would say ‘oh, McGregor won’t last a round,’ but we never know."

"The movement is different, how you have your feet on the ground is different, the timing is different in boxing,” he continued. "The only way to see is putting them to fight. He would have to stop at least a year to be able to do a close fight, and I believe he should do it."


popular
"Nowadays, even if I don't hit a ball, I don't care as long as we win" - Gleeson learning from the past
Cristiano Ronaldo 'agrees £173m-a-year deal' with Saudi club
Argentina reach World Cup last-16 with convincing win over Poland
Thibaut Courtois warns teammates after leaks emerge from Belgium camp
World Cup 2022 Day 11: All the major action and talking points
Damien Duff makes 'brutally honest' England World Cup prediction after Wales win
World Cup 2022 Day 10: All the major action and talking points
You may also like
2 months ago
Hasbulla signs five year deal with UFC 'worth more than many fighters'
2 months ago
UFC fighter Elias Theodorou has died, aged just 34
2 months ago
John Kavanagh and Johnny Walker kicked out of T-Mobile Arena during UFC 279 main card
2 months ago
Conor McGregor took exception to one part of Nate Diaz victory speech
2 months ago
Nate Diaz and Tony Ferguson tossed together for UFC 279 main event after wild 24 hours
3 months ago
Your guide to a huge weekend of sport and how to watch it all
Next Page