It's not about gender or the history-books anymore, it's all about Rachael Blackmore

The so-called 'Sport of Kings' has a new queen.

In what has been a sensational week for the Irish raiders at the Cheltenham festival, Rachael Blackmore, all modesty and humility, stands head and shoulders above the rest. And though she might not want the credit for it, the Tipperary jockey hasn't so much stole the show as turned it back the front and wrote her own ground-breaking script.

Before this week, no female jockey had ever landed one of the championship races at Pretsbury Park. By ten past three on Tuesday, Blackmore and her beloved Honeysuckle had cantered to glory re-write those books. If you'd thought then that her work here was done, history behind her and the headlines in front of her, you had another thing coming your way. Blackmore had different headlines in mind. END_OF_DOCUMENT_TOKEN_TO_BE_REPLACED

Five exhibitions of race-riding later and the 30-year-old from Killenuale has scorched clear in the jockeys' championship standings, remarkably boasting one more win than the entirety of Great Britain have managed with just a day's racing to go. In the process of her blitz on the status quo, she has gone on to make her most important change of all. 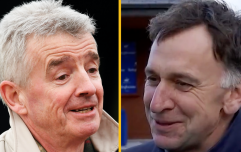 END_OF_DOCUMENT_TOKEN_TO_BE_REPLACED

For all the cheer about records and new ground being broken for females, Blackmore never wanted that to be the story. To be known as a jockey without the pre-fix has always been her goal and though that was going to be a tough ask given the drive to promote women's sport, there was one way she could do it. By making it the norm.

In steering Honeysuckle, then Bob Olinger, Sir Gerhard, Allaho and now Telmesomethingril to glory in one sensational week, Rachael Blackmore in the winners enclosure is now par for the course. Riding from the front aboard Sir Gerhard and Allaho, she stole a march on her colleagues and cleverly rode them to sleep. On Telmesomething girl, she came from off the pace with a piece of tactical wizardry. On Bob Olinger, Ruby Walsh was blown away as she showed her toughness to nudge Paul Townend out of the way before coasting clear.

The likes of McCoy, Walsh and Mick Fitzgerald are not calling her the best female jockey in the game anymore, they're now just calling her the best jockey. At the beginning of the week, the headlines were about women in sport and the history books, by the end of it, they'll just be about Rachael Blackmore. It's not an anomaly, it's the norm.


popular
Talksport presenter puts Martin O'Neill to the pin of his collar over Declan Rice and Jack Grealish
Ariel Helwani shares Paddy Pimblett WhatsApp messages as spat becomes public
Roy Keane scores winning goal past Micah Richards in ITV v BBC pundits match
Rory McIlroy explains 'falling out' with Shane Lowry that lasted a few years
The FootballJOE Qatar World Cup 2022 Geography Quiz
The six toughest running drills in pre-season GAA training
World Cup Power Rankings: The top eight pundits of the tournament so far
You may also like
1 year ago
The moment it dawned on Willie Mullins that Ruby was finished and things would never be the same
1 year ago
"She's so professional. She'll know everything about every horse and every jockey riding in that race"
1 year ago
The SportsJOE 12 o'clock quiz | Day 330
1 year ago
Great things have come to the man who waited
1 year ago
"She's an incredible person" - Ruby chokes back the tears after Blackmore's crowning glory
1 year ago
"I was just looking forward to having a spin in it" - 150/1 shot lands the Irish National
Next Page