"I've always been a trend-setter."

Bryson DeChambeau and FOX News mouthpiece Tucker Carlson sitting down for a soft-shoe gab at Trump National Golf Course at Bedminster, New Jersey. For some folks out there, television content could not get any better.

For the rest of us, it was an opportunity to see what DeChambeau really thinks about joining the Saudi-funded LIV Golf, when meddling reporters were not about to asked about the gulf kingdom's take on women, homosexuality and journalists getting murdered.

END_OF_DOCUMENT_TOKEN_TO_BE_REPLACED

DeChambeau has joined a host of prime and past-prime golfers in jumping ship from the PGA Tour to LIV Golf, in return for a stack of money. As well as getting multi-million up-front payments, the golfers on LIV can win $4 million if they win one of the eight events on the current roster [increasing to 14 from next year].

While many golfers tried to justify their decisions to hop aboard the LIV Golf cash-wagon by saying it was because of how innovative the new tour was [shotgun starts and played over 54 holes] and how it would 'grow the game', others - like Graeme McDowell - claimed the golfers could help Saudi Arabia on its journey to become a better golf kingdom.

It was only after trying and failing to convince with this approach that many just admitted that, yes, the heap of extra money in their bank account had something to do with it. As for the murder and dismemberment of journalist Jamal Khashoggi, LIV Golf chief executive Greg Norman has infamously said, 'We all make mistakes'.

But enough of the nasty stuff. Tucker Carlson was invited down to Bedminster to see what LIV Golf was really all about. In his piece with Bryson DeChambeau, which went live on Tuesday night in the United States, the FOX host could not have done any better, if he tried, to get DeChambeau to drop the facade and bleat on about how his taking over $150m to join LIV Golf was done to grow the game and appeal to young people. 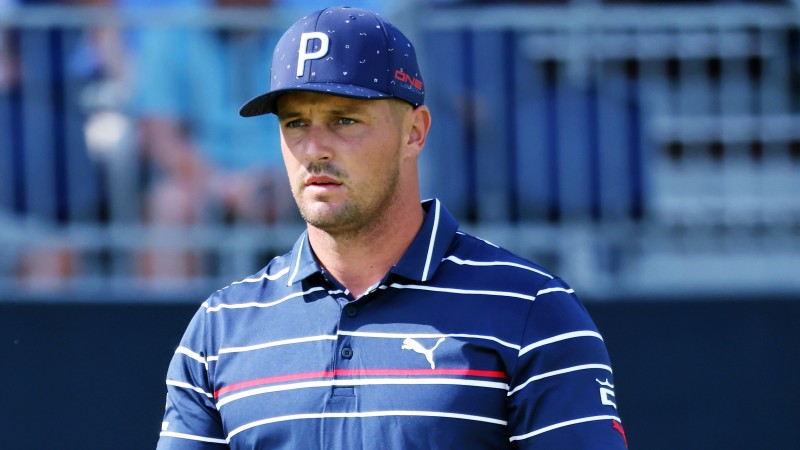 Bryson DeChambeau of the United States looks on during a practice round prior to the 2022 U.S. Open. (Photo by Warren Little/Getty Images)

The interview starts off with Tucker Carlson asking Bryson DeChambeau 'How did you end up here?' with LIV Golf because, 'This is a controversial choice, according to a lot of people'.

DeChambeau replied by saying his defection to LIV Golf was because 'there's a lot of opportunity to do something different in the game of golf'.

"I've always been a bit of a trend-setter. Growing up, I always thought I'd do something cool in the game of golf. I didn't know what it would be. Now that I see this [LIV Golf], I know this is going to be a big part of it.

"The reason I say that is, I've always thought that golf has to tailor itself to the younger generation, if we want to continue to grow the game. I'm all about growth in the game of golf." 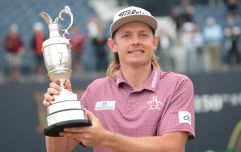 END_OF_DOCUMENT_TOKEN_TO_BE_REPLACED

Carlson next put it to DeChambeau, somewhat skeptical in his delivery, that LIV Golf was seen as "vulgar" and was going to desecrate the spirit of golf.

"Spirit of golf," repeats the 2020 US Open winner, before chuckling.

DeChambeau reasoned that golf has always been about innovations and embracing new technologies, but new aspects like the 54-hole format and players being part of a four-man team [with names like Fireballs and High Flyers] is 'enhancing the spirit of the game'.

The 28-year-old says the PGA Tour threatening life-time bans for anyone that has jumped ship to LIV 'doesn't make any sense' but he believes the situation 'will get figured out'.

"And I personally know that it will get figured out," he added, "whether that is legally, where they come to the table and work out terms, I definitely think it will all wash itself out in the future, pretty shortly."

Then came the LIV Golf/pizza shop analogy that needs to be seen to be be believed, and appreciated. In short, DeChambeau said LIV was like a new pizza shop that paid new customers to try out their food and is 'potentially a little bit better of a pizza'.

Bryson DeChambeau stunningly compares LIV Golf to a new pizza shop that pays customers to come over to them, and is 'potentially a little bit better of a pizza' 🍕 😅 pic.twitter.com/j9aCjg5QYv

"That does seem short-sighted," Carlson responded to the stunning pizza shop analogy.

The FOX host then says there is a 'stated ethic where it's not all about the money or you should play for free'. This preposterous notion - that professional golfers have ever been asked by the PGA Tour to play for free - tees up DeChambeau to go off on a 'woe is me' tangent.

"At that stage, then, it is just a hobby. I mean, this is our livelihoods. There is a great economic opportunity for golfers to make a lot of money. That's why we grew up, playing golf. Also for the history - to go win majors and win PGA Tour events, initially. Now I'm out here and I want to win LIV events."

"Anyone someone invests a billion dollars, let's say," DeChambeau added, "into the game of golf, how is that not going to grow the game?"

As Amnesty International has stated, in recent months, the Saudi Public Investment Fund [valued at over $620 billion] is throwing money at the likes of UFC, boxing, F1, soccer and golf in an attempt to "sportswash" the image of the gulf kingdom.

And as for the billion dollar-plus investment, a huge, huge chunk of that is going straight into the accounts of the already well-paid pro golfers.


popular
Antonio Conte 'banishes' four Tottenham players from first-team
"He can add something to our attacking line up" - Jamie Clarke signs for Northern Irish soccer club
Ranking the best county GAA songs of all-time (32-1)
"I’ve never heard someone say something as stupid” - Katie Taylor blasts Jake Paul's rematch comments
Barcelona allowed to register four new signings, but Jules Kounde misses out
Roy Keane makes three surprise picks in Man United's greatest Premier League team
"It was unfair on the Galway backs” - Tomás Ó Sé admits that Kerry benefitted from unfair rule
You may also like
3 weeks ago
Full Rory McIlroy interview lays it all bare about crushing Open disappointment
3 weeks ago
"You've got to go out and grab it by the you-know-whats" - Paul McGinley on Rory McIlroy's latest major miss
3 weeks ago
Rory McIlroy stuck playing it safe as Cameron Smith cuts loose to win The Open
3 weeks ago
"Pretty annoyed and pretty pissed off, to be honest" - Shane Lowry knows Open chance has gone
3 weeks ago
Viktor Hovland made a lovely gesture to Rory McIlroy after his sublime eagle
4 weeks ago
Tiger Woods on Rory McIlroy's gesture on 18 that caused the damn to break
Next Page