Never mind taking the ball off him because when Kyle Hayes puts the head down and takes off, you'd be doing well if you even fouled him. 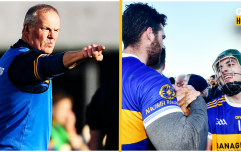 END_OF_DOCUMENT_TOKEN_TO_BE_REPLACED

There is probably no better passer of the ball in hurling than Cian Lynch and when he laid one off for the man-mountain to run onto, all inviting and go for a run there if you want to, it may not have been obvious that Tipperary were up against but if they were being honest with themselves, they already knew.

It says it all about the fear they have for him, after all, that their most athletic player in Michael Breen spent his entire first half marking the wing back rather than the other way around. This is how it is in Gaelic football, where wing forwards routinely track wing backs and it looks like his Hayes, with all his thunder and athleticism, has brought the same moves into hurling now.

On The GAA Hour, Colm Parkinson and Paddy Stapleton discussed an athletic specimen who is single-handedly changing what it means to be a wing back.

"He whacked it off the ground twice. I don't think he even needed to, but he did it anyway. Dan McCormack couldn't catch him, another little jink then and a goal. I've never seen a goal like that in hurling. To carry the ball that far, maybe DJ Carey might have done it from midfield, but this guy is just a phenomenon. He's playing wing back like a Gaelic football wing back and I told you before Paddy, there's a lot of similarities in Limerick's tactics and those of a Gaelic football team," began Parkinson.

"But he's playing the position like a Jack McCaffrey, like a Gavin White, just bombing on with blinding pace, either with or without the ball and when he's equally dangerous whether he has it or doesn't have it. He's nearly even more dangerous without the ball because if he runs onto a pass, it's curtains. He's a huge weapon for them and what'll happen in the next two or three years is you'll have wing backs playing wing forward, just so as to try and mark him. You're just going to have to turn and watch him. Both of his goals against Cork and Tipp, they both just finished the game, that's the impact he's having." 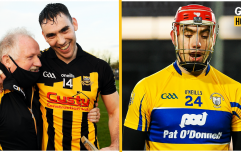 END_OF_DOCUMENT_TOKEN_TO_BE_REPLACED

Furthermore, Stapleton feels that with his versatility, his all-round power and dynamism, that there is no better hurler in the country than this Kildimo Pallaskenry man.

"He was a natural half back as an under-21. He was an unbelievable centre forward as well. To be honest, I think he's the best player in the country now. I always said TJ, but I think this lad is the best all-round player. He's completely changing the game with these runs. Tipp knew the danger in the first half, and you could see Mikey Breen was detailed to track him. Seamie got out after him another time but that goal, he just took off.

"Fair play to Dan staying with him as long as he did, but even the finish, his hurley was upside down, it was a 20 yard bat from the side. He just threw it up and batted it and how he got that much power is beyond me but this fella is just a sick animal of a freak. He's 23 years of age. What are you supposed to do?"

You could be a long time figuring that one out.


popular
'Go and get a job' - Ronnie O'Sullivan responds to Shaun Murphy's amateur player comments
BT Sport release statement as Chris Sutton is denied access to Ibrox again
'Joe Schmidt would do wonders with the All Blacks'
QUIZ: Name these 42 Premier League players from the 2000s
Sean O'Brien praises "unbelievable" Robbie Henshaw after his winning return
"Never mind Plan B, put minors back up to u18" - Conor McManus hits out at new age-group rules
Pundits criticised by scientists for linking player collapses to vaccines

You may also like
1 month ago
"There are clubs in every county that you just know - they like fighting." - Fighting passes on through the generations
1 month ago
Wooly and McAvoy clash on the subject of Championship reform
1 month ago
"That's just sport. It made yesterday all the sweeter." - After the darkness comes light for Mahony
2 months ago
GAA could learn a thing or two from AFL's parade and self-promotion
2 months ago
"I am a very nervous person" - Morgan's pre-game routine shows that nerves are part of the journey
2 months ago
"Jesus, the man deserves an All-Ireland medal, but it doesn't look like he's going to get one now"
Next Page