"You wanted to pass the jersey on in the same place that you got it. That was huge for all of us"

It was the hurling that kept lads like Damien Hayes in Portumna.

Work was elsewhere, commitments and distractions were all over the place but no member of this millennium's most successful club team lived more than an hour away from Marian Park, Portumna.

Tell you a good one.

Damien Hayes and Ollie Canning won All-Stars in 2005. Argentina was the destination for that year's All-Star trip but the touring hurlers would be down two good men.

The night out was a great one up at the Citywest, but the trip to Argentina was a no-go for Hayes and Canning who had tunnel vision. Portumna were in the All-Ireland club and that was the only thing that mattered. 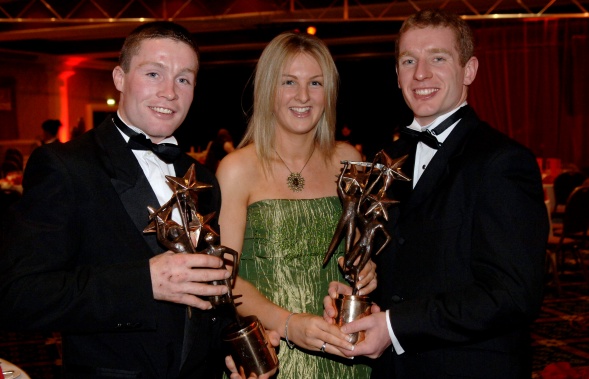 "What good would we be to the lads at home," asks Hayes, "if we were out sunning ourselves in Buenos Aires?

That single-minded dedication and commitment coursed through the group and it's what inspired Portumna to an unprecedented four All-Ireland clubs in the space of ten brilliant years.

On Saturday, 15 years on from their first All-Ireland, there was a sense of a dynasty ending. At least this great team bowed out in the same way that they'd started, on a winning note.

Things have changed, Portumna haven't won anything in five years but a 37-year-old Hayes was at wing back and a 43-year-old Canning was in the forwards when they beat Gort in a relegation final to preserve Senior A status for another year.

This would be the final year. Hayes and a number of others announced to the group that they'd be retiring shortly after the game. The main thing for him was that he'd left the jersey exactly where he'd found it. 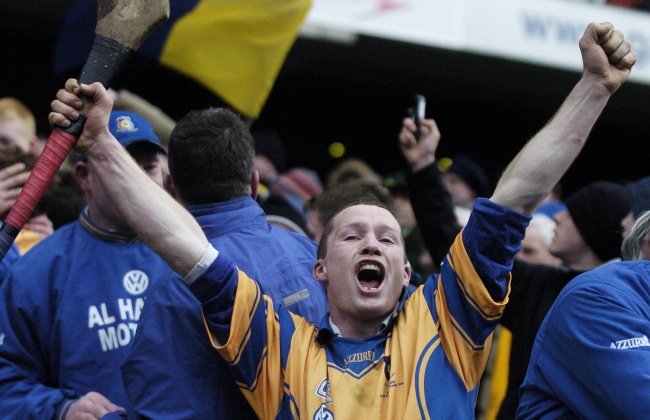 END_OF_DOCUMENT_TOKEN_TO_BE_REPLACED

"The last few years have been tough. We've been struggling but you have to take the good with the bad. Nobody jumped ship, we all said we'd give it a go and thankfully there's no regrets bowing out now. It's the time to go, I've had a sciatic nerve at me from my back to my hamstring and my shoulder was in trouble but you had to soldier on through it. There was too much water under the bridge to just walk away from it..."

"I've said it before and I'll say it again, to a man, those lads that I hurled with are a bunch of warriors. That's what they are and we had some great times together. I'm leaving because it's the right time to go, you wanted to pass the jersey on to the younger lads in the same place that you got it, in the top flight. That was huge for every one of us," he told SportsJOE.

The journey is over but the memories will live forever. Hayes can remember the very start of it.

"It all started with a county minor B win in 1998. Then the next year we won the minor A. That was a special, special win and I'll always remember it.

"It was the start of our journey really and I mean, we were watching it back in the pub there the other night, you could just see it was a brilliant group. Boys putting their bodies on the line, we were only young but it was some group of players. We didn't expect it would be as good as it was but the spirit and the bond that was in that group from back then, ah it was brilliant. The 2003 county final win over Loughrea was huge for us, that stands out because it all took off from there."

One of hurling's true 🐐s.

Ollie Canning made his senior debut for Portumna aged 16 in '93. Won 6 Galway titles, and 4 All-Ireland clubs since.

On Sat, at 43, he scored 0-2 from play to save the club from relegation to senior B in their win over Gort.#26YearsASenior#Legend pic.twitter.com/h4Nm6DDXOa

For a decade, the small east Galway parish were at the very top during an unparalleled era for club hurling. Along with powerhouses Ballyhale and Birr, Portumna will be remembered as one of the greatest ever club hurling teams.

"It was always our aim to make hay, to be as competitive as we could and every one of the lads were on board. There was no trouble out of any of them and that's what makes a great club team. We were talking about it the other night, we won 28 competitions in our time so we didn't have a bad run at it."

It wasn't bad run at all. Damien Hayes and that great Portumna team are breaking up. But their legacy lasts forever.

You may also like
1 month ago
"The bigger the challenge, the more Fitzy would want to keep them scoreless"
1 month ago
"He had no interest in the trappings of success, he just wanted to achieve it"
2 months ago
St Patrick's day memories: Rural Caltra with one of the great underdog triumphs
2 months ago
Corofin clean up in club team of the year awards
3 months ago
Shane Walsh is ready to rule for Galway
4 months ago
GAA JOE club football team of the year
Next Page