"Its a tough journey now. But we are glad to still have the opportunity"

While an opening round loss to Limerick wasn't part of the initial plan, Seamus Callanan is thankful that Tipperary have a chance to redeem themselves.

Callanan looks at Monaghan’s and Tyrone's situations for example, the Ulster counties having their seasons finished after just one game. He’s glad that the hurling championship wasn’t as cut-throat, and that Tipperary have been given a chance to bounce back.

"When you take the likes of the football teams that don’t have a second chance we are very lucky to be still in this championship and hopefully we will get things together" Callanan said at the launch of Now TV's hurl vs hurley campaign.

The Drom & Inch clubman was honest about the first round performance and suggested that Limerick could be a serious force this year. The weather was atrocious in Pairc Ui Caoimh last Sunday week but he’s not looking to use that as an excuse. 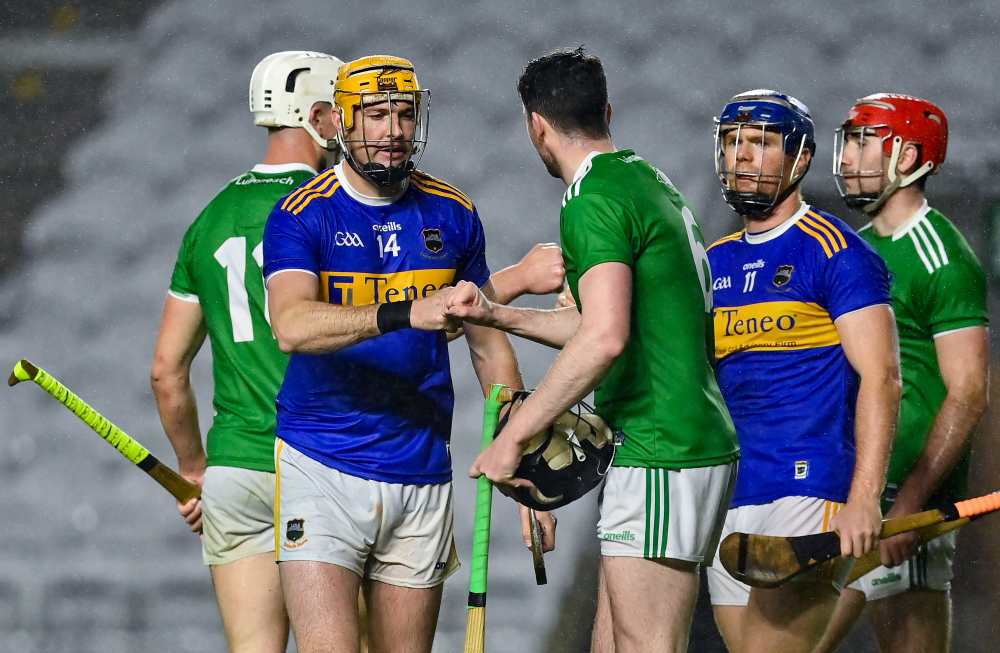 If anything summed up Tipperary’s poor showing, it was the below par performance of perennial stalwart Padraic Maher, who Callanan is convinced will be back to his best in weeks to come.

“He was in a bit of bother the last few weeks but nobody reached the levels. Paudie Maher is probably the greatest hurler in the country over the past decade so he’ll be back, as we all will, from our learnings from last Sunday evenings. Preparation obviously wasn’t ideal but no better man to come out and lead us the next day like he has throughout his career. We all have responsibility and accountability after last Sunday, Paudie is a superb leader and person and player for Tipperary since he put on the jersey first. He will lead this team again.

"We need to get back to the drawing board.” 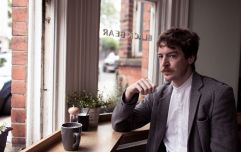 END_OF_DOCUMENT_TOKEN_TO_BE_REPLACED

Watching the game back marked the start of this process for Callanan, but he feels it’s important to analyse what went wrong in order for the team to improve

"I watched the game back and they were still showing Jake's goal when Gillane had the ball in his hand at the other end.

"Yeah, I suppose, a bad performance is hard viewing. But you have to learn and have to analyse where things might have went wrong or what you might have done in different situations of the game to stop the flow. You have to learn from these things.

As the Premier County head for the backdoor route, The Tipp man is honing in on putting things right and getting back on track. Looking back on where they went wrong against Limerick will be a crucial part of their preparation for the this Saturday's do-or-die clash with Cork.

If we perform to our potential we believe we can have a good say in this but there are a lot of learnings to take from that game as well. We are well grounded after that anyway."

Seamie Callanan doesn't want anything to do with a pointpic.twitter.com/qTRJZtUUpd 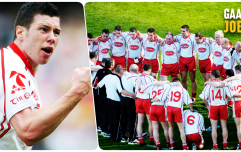 END_OF_DOCUMENT_TOKEN_TO_BE_REPLACED

Tipp came back from a similar position last year having been comprehensively beaten by Limerick in the Munster final, and they did the same when winning the All-Ireland in 2010, so Callanan’s hoping they can emulate their successes this time around.

“Look we have to re-evaluate, it’s a new journey I suppose a lot of us have been on this journey but that’s not to say whether it will stand to you or not. “

"Every time you lose, you have to learn and I suppose, the qualifier route - it's all about getting a bit of momentum. Everything is going to be thrown at the next game, it's knockout hurling now. You just have to think game by game.

With their safety net out the window, it’s do or die hurling for Tipp and Callanan is very determined

"Our All-Ireland final is in two week's time and that's the reality of it.” 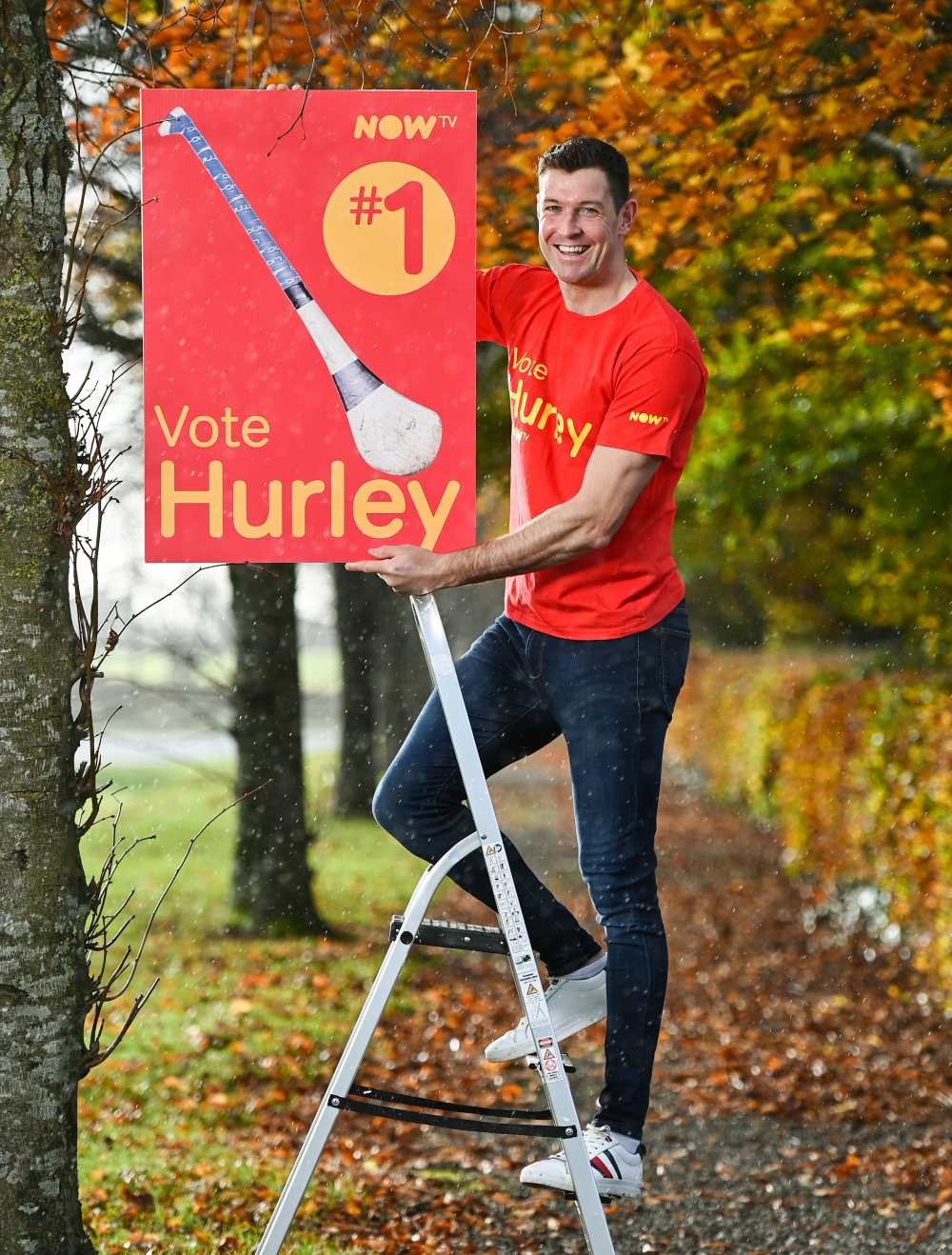 Tipperary hurler Séamus Callanan and Wexford hurler Lee Chin hit the campaign trail as they kicked off NOW TV’s Hurl v Hurley campaign which will see the nation vote on what is the definitive term for a hurler’s most prized possession! The two All-Stars will spend the next week canvassing the Irish public to decide what it is we should call a camán with Lee backing Hurl and Séamus putting his support behind Hurley. The result of the poll will be revealed to the public on November 12th. To have your say visit HurlvHurley.com where you can cast your vote right now! Pictured is Tipperary hurler Séamus Callanan at Drom and Inch GAA Club in Tipperary. Photo by Sam Barnes/Sportsfile


popular
We knew Sean O'Brien wouldn't let us down with his Lions XV
'Make him hurt, make him yours' - How the Springboks ruled the world
Bill Shankly’s grandson asks for statue to be removed from Anfield
'War-scene' in Tyrone dressing room before 2005 final sums up an iconic team
Springboks legend Tendai Mtawawira tells us what he really thinks of Ellis Genge
Sam Warburton backs Beirne and "phenomenal" van der Flier for Lions squad
Shaquille O'Neal is now a part-time police officer in Florida
You may also like
2 weeks ago
Dessie Farrell suspended for 12 weeks after lock-down training session
2 weeks ago
Spare Dublin the virtue-signalling outrage, but wider GAA community will suffer for this one
3 weeks ago
The SportsJOE 12 o'clock quiz | Day 322
3 weeks ago
Four more head-scratching weeks without golf and underage training as leaks arrive on time
3 weeks ago
McGrath still as energetic as ever even after all these years
3 weeks ago
The SportsJOE 12 o'clock quiz | Day 321
Next Page