Informed, information-based analysis. That's what RTÉ are going for.

You might think that will require a drastic overhaul but they're the the demands that new Head of Sport Declan McBennett has put on pundits to get a chair in any RTÉ Sport show - online, on radio or on television.

END_OF_DOCUMENT_TOKEN_TO_BE_REPLACED

And the Monaghan man has had an influence on The Sunday Game coverage already, overseeing the like of Michael Murphy and Lee Keegan joining the panels, bringing the best sort of fresh and first-hand experience he could bring of the modern game.

On the latest GAA Hour episode, McBennett sat down with Colm Parkinson and tried to answer a lot of Wooly's questions about the pundits in RTÉ, the decisions made for the highlights show and the quality of the offering from the national broadcaster. 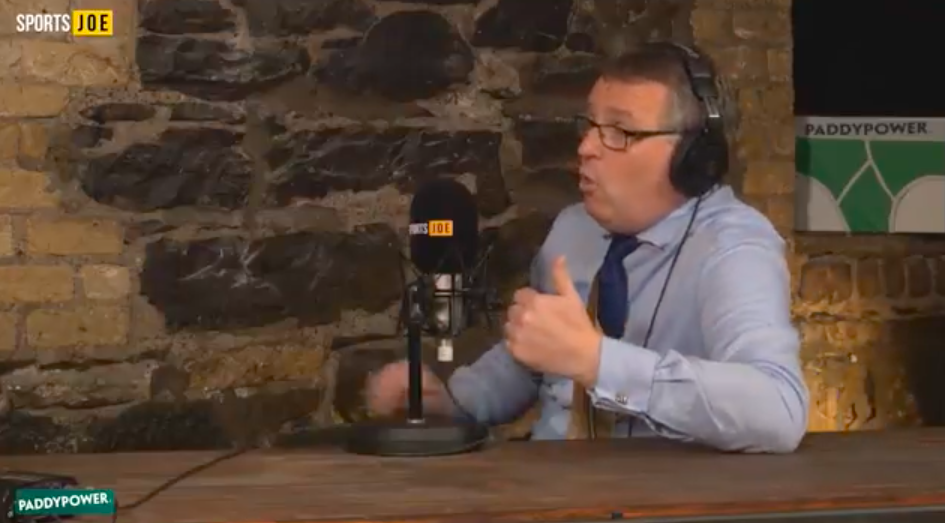 McBennett's arrival saw quotes spread like wildfire that the new head would no longer be tolerating personal attacks on any of the channels and, to define that, he has a very simple standard.

"[A personal attack is] something that's not either information-based or informed opinion," he explained.

"If a pundit or an analyst or a co-commentator comes on RTÉ and says 'I don't think that manager is good enough to win because they've conceded 11 goals in the course of the league, they are defensively suspect and, if you look at the other three teams left in the semi-finals, they've conceded one goal, three goals and four goals', then I think that's a perfectly legitimate criticism. It's informed and there's a degree of fact behind it.

"If somebody wants to go off and say the same manager is a clown or he doesn't know what he's doing, it's not informed and there's no fact behind that."

So, to set the bar for analysts on The Sunday Game and, indeed, any RTÉ Sport show, McBennett says "there are three criteria in my head to get a seat on an RTÉ panel."

It means you have to have three of the following:

END_OF_DOCUMENT_TOKEN_TO_BE_REPLACED

"You have to have some form of record behind you that says this individual, male or female, is absolutely credible."

"You have to have an informed opinion that elevates you above what I'm going to hear in the pub or the terrace or something like that. That you're bringing something that either informs or educates the audience that is watching.

END_OF_DOCUMENT_TOKEN_TO_BE_REPLACED

"Many people who don't work in a broadcast environment won't understand that, in some cases, you may get 20 seconds or 30 seconds to form the point you want to make. You have to have the ability to do that. There are a lot of people around the country who are very, very knowledgable but you put them in a broadcast environment and ask them to articulate their point in 30 seconds with lights on them, with cameras on them and someone screaming in their ear that we're going to an ad break and that becomes very difficult for them."

These are the standards to "get a chair".

"You have to have an informed opinion as opposed to opinion for opinion's sake that you think is just going to grab headlines. Or you have to have information-based analysis."


popular
Galway fans' frosty reception for Davy Fitz doesn't make any sense
The most Stone Age tackle you've ever seen gets South African lock straight red card
'Brian was a genius... he would've killed you to even win a game of touch'
Ryan Manning hacked to the ground by Henri Lansbury in ruthless assault
"Johnno went, 'We’re not moving! You're trying to mess us about!'" - Ben Kay recalls red carpet controversy
"Some of the generals wanted me executed" - Irish rugby legend on flag caper that went wrong
Wallabies star bounces off Duane Vermeulen like a brick wall, gets yellow-carded
You may also like
5 days ago
"Why is he going for the top right hand corner?" - The GAA Hour break down Ryan O’Donoghue’s penalty miss
1 week ago
"I do think Dublin were complacent, you could even see it in their play" - Briege Corkery
1 week ago
"To us, I think that was a huge insult. How we got there was definitely not through luck"
2 weeks ago
'From a Tyrone perspective, I was glad to see Tommy Walsh take that shot'
3 weeks ago
"Hegarty looks like he's hitting with a pitching wedge. Diarmaid looks like he's going with the driver"
3 weeks ago
"He might have got injured, but he'll be a delighted man now." - Casey's hips don't lie
Next Page