"They're so far ahead of where I was at 18, it's just off the charts in terms of gym and fitness tests"

Cathal O'Neill and Colin Coughlan have the world at their feet, according to Gearoid Hegarty, who says that Limerick's two Leaving cert students help to keep the rest of the panel grounded.

Talk of back to back All-Irelands or indeed, of leaving a legacy wouldn't wash with the two 18-year-olds who are chomping at the bit to make their own pieces of history. As well as snapping at each and every panel member's heals, the Hurler of the Year says that the boys' attitudes ensure everyone in the team has their mind focused on nothing else other than the here and now.

END_OF_DOCUMENT_TOKEN_TO_BE_REPLACED

"Do you think that they're talking about legacy? They're not. There's nobody talking about legacy in our camp. I honestly just believe if you have a mindset that you're going to be the best you can be and get the most out of yourself well then see where that takes you. You can talk about legacy in ten or fifteen years time when you're sitting at the bar drinking a pint of guinness, talking to other auld lads in the pub..."

O'Neill and Coughlan couldn't be accused of breaking rank. It was in the game against Cork a fortnight ago when Coughlan made his debut for the Limerick seniors and the young Ballybrown player too made quite an impression too, scoring 0-2 from play from wing back. There has been plenty of talk about O'Neill, who plays as a forward, and he's shown glimpses of his potential during this League campaign.

Excellent catch and score from Cathal O'Neill for @LimerickCLG pic.twitter.com/ZOTI5HXCZ3

For their age, Hegarty says that the boys have reached 'outrageous' levels in training.

"Their strength and conditioning is just outrageous for two young fellas that are sitting their Leaving Cert, they're so far ahead of where I was at 18 it's just off the charts in terms of the numbers they'd be hitting in the gym and fitness tests and things like that. They're exceptional young men and they're in a great position. I know they're doing their Leaving Cert at the moment but when they do join us, whenever that is, we're looking forward to having them back."

As for the League in general, Hegarty feels that their rocky start will benefit the team in the long run as he looks to Steven Gerrard, who says that out of tough times can come periods of great achievement. This was that same mindset that inspired him between 2019, after their semi-final loss to Kilkenny, and 2020 when he won Hurler of the Year. 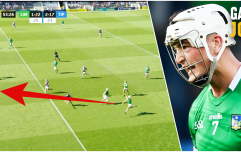 END_OF_DOCUMENT_TOKEN_TO_BE_REPLACED

"It's not the worst thing in the world to have a loss so early in the year, one that's not going to have a huge impact on the championship going forward. It's kind of nice to have a couple of key areas to identify and work on following a loss.

"I've talked about failure in the past, how failure shouldn't always be a negative thing.

"I was actually listening to a really good podcast about Steven Gerrard and his career and he mentioned something that has stuck with me since. He mentioned how a massive failure can actually be the catalyst for a period of success or for another massive achievement.

"You can sink or swim. You can go back to the drawing board and say 'aw look it, we're not good enough. I couldn't be bothered putting in the work. Or you can grit your teeth and get on with it and come back with vengeance. I think we did that in 2020."

Earlier on in the League, the narrative was that referees have clamped down on Limerick's aggressive tackling but with their free-county having fallen in more recent weeks, the 26-year-old puts it down to the team's vigilance in the tackle as well as some 'common-sense' refereeing. 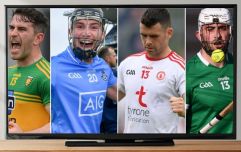 The GAA on TV this weekend is so good, we might just combust with excitment

END_OF_DOCUMENT_TOKEN_TO_BE_REPLACED

"I do believe that they're that they're applying a small bit more common sense, towards the latter rounds of the League. But there's there's a saying that that you wouldn't get that in a championship game, you know, for years in the GAA, and as well as with fans coming back into games now hopefully over the next few weeks as well you  you will see the free count maybe come down again a small bit more." 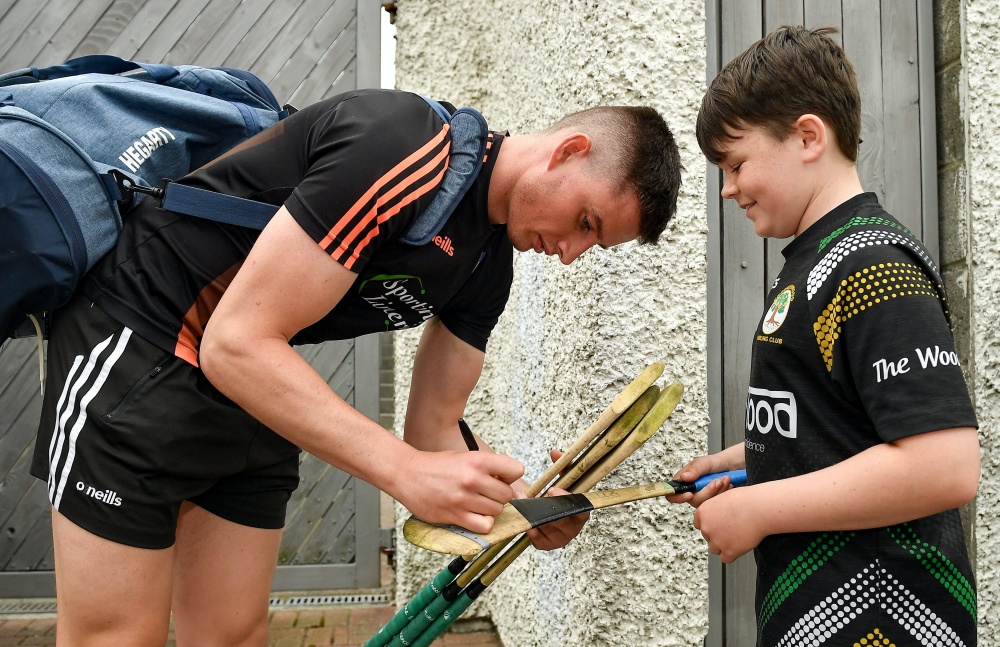 "There's been loads of people coming out, giving out about the amount of free been given in games and I do believe that the majority of people don't want hurling games to turn into free-taking contests, I don't think anybody wants that."

We definitely looked at it (tackling) after the first game or two that we were giving away too many frees, without a doubt. Look you can blame everybody bar yourself but at the end of the day we just had to look at ourselves. Realistically the majority of them were frees against us in the first two games and I know there were frustrations in the first couple of games in the League."

"So the onus was on us to improve our tackling efficiency and I think we have done that very well over the last couple of games."

And one last thing, this man just wants to see the crowds back.

"I know they are a small bit further down the line than we are. But I would hope that at minimum they go ahead with what is planned and maybe able to ramp it up a small bit.

“I don’t pay too much attention to it. There is so much negativity associated with it, you’re absolutely lynched if you have an opinion on these kind of things. But I would hope that the minimum is what they have proposed." 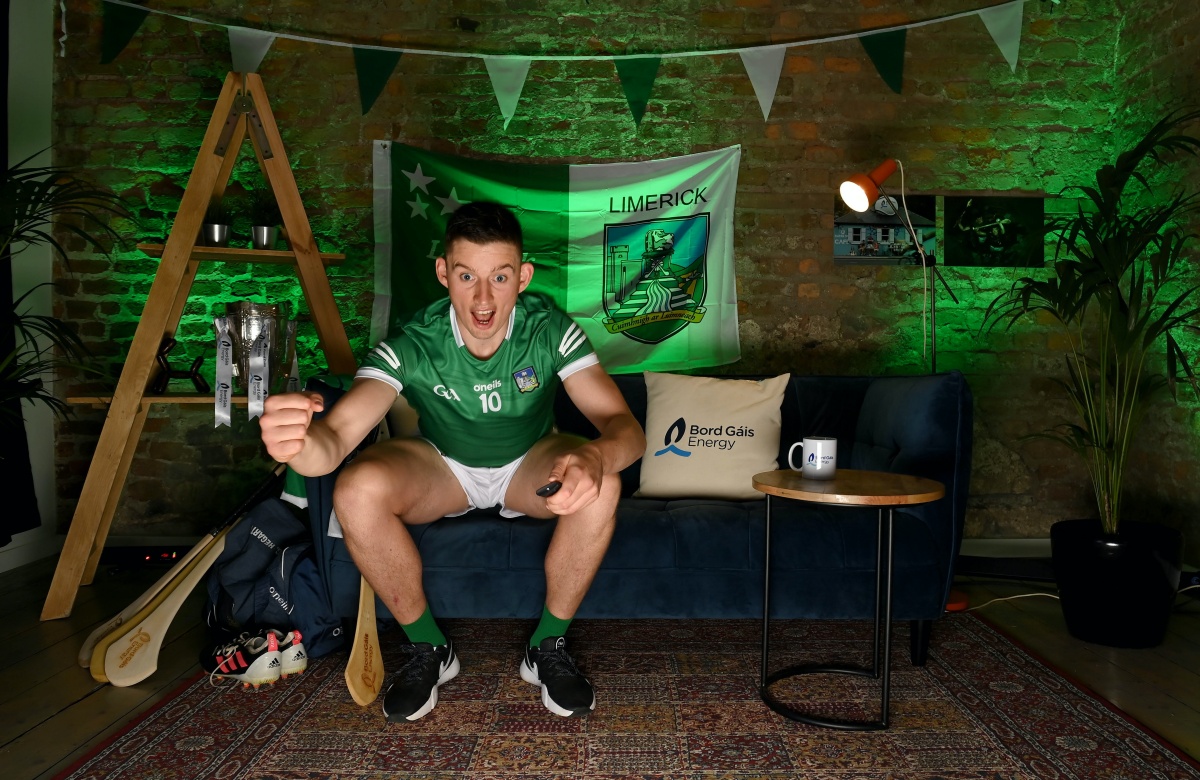 14 June 2021; #HurlingToTheCore ambassador Gearóid Hegarty of Limerick at the launch of the second series of Bord Gáis Energy’s GAAGAABox, which features the most passionate hurling fans across the country filmed in their front-rooms as they experience the agony and ecstasy of following their counties’ fortunes from home. You can watch GAAGAABox on Bord Gáis Energy’s #HurlingToTheCore YouTube channel throughout the Senior Hurling Championship. Photo by Brendan Moran/Sportsfile


popular
Ireland make respectful gesture during Parade of Nations at Olympic opening ceremony
The JOE Friday Pub Quiz: Week 253
After seven years in charge, Armagh have a big decision to make on Kieran McGeeney
Marcus Rashford approves Man Utd bio change as Sancho arrives
“We find the remarks offensive" - Lions complain over Neil Francis' comment about Marcus Smith
Cormac Egan's interview after Offaly u20s beat Dublin is everything that is pure about the GAA
Absolutely no doubt who was the top pundit of Euro 2020
You may also like
1 month ago
"It's a skill to be learned, and probably something they're learning at the moment"
1 month ago
Hayes and Flanagan get the road as Curran dazzles with his brilliance
2 months ago
"To make players turn into robots on the field" - new anthem rule doesn't wash with traditionalists
2 months ago
Hegarty's "cool head and temperament" make him the master of every situation
2 months ago
"The important things that are staring us in the face are these cotton wool frees"
2 months ago
"It looks like a hurley, it feels like a hurley and essentially it performs like a hurley"
Next Page