"There is no strength without unity."

It's never been difficult to spot the sense of community and togetherness that has driven Slaughtneil to wonderful success.

Even from the outside looking in, it's clear to see the south Derry community is proud of its heritage, its commitment to embracing Irish culture and, perhaps most of all, its undying love for the GAA. 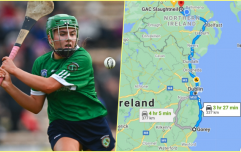 END_OF_DOCUMENT_TOKEN_TO_BE_REPLACED

It's often been said that they should bottle the spirit and bond they've got in that little village at the foothills of the Sperrin Mountains. It's what has made them one of the most successful clubs in Ulster. To them, GAA is more than a sport or a game. It's a way of life. And it's one that has served them remarkably well since Robert Emmet's Slaughtneil's establishment in 1953.

Their recent track record has really been something to marvel at.

The women, not to be outdone, have also found great success. 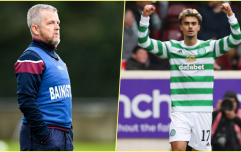 END_OF_DOCUMENT_TOKEN_TO_BE_REPLACED

At one point, winning trophies wasn't the first item on the agenda: it was keeping the club going. To do so, they decided to host a disco in 1980. Entry was £1. To boost attendance, club members hired buses and drove across the county of Derry, filled them with teenagers and drove them back again at the end of the night.

The money has helped but the people of Slaughtneil have always viewed any monetary gains as secondary to what happens on the pitch. At the end of the day, the mountainside community wants to see the Slaughtneil football, hurling and camogie teams winning. More often than not, they see just that.

There is an endless fascination with Slaughtneil and, as the men's footballers prepare to take on Cork's Nemo Rangers in the All-Ireland club SFC semi-final at O'Moore Park on Saturday, it seems appropriate that AIB have released another one of their excellent short films on the GAA. 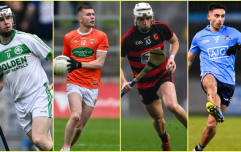 END_OF_DOCUMENT_TOKEN_TO_BE_REPLACED

In recent weeks, these productions have told great GAA stories like Stephen Coyne putting his life on hold in Australia to come back and help Tooreen's cause. Last year, the spotlight was shone on Slaughtneil. It may not be a new one but it remains one of the most poignant.

During the film, there are a couple of great anecdotes, but one that stands out revolves around Thomas Cassidy, the club legend and pillar of the Slaughtneil community who passed away in October 2016.

Seamus McGuigan, father to Sé, Barry and Dervlagh, tells it with a wry smile on his face.

"He's the sole responsibility for our hurling team at the minute. He even bought his own minibus to drive these boys about...sold his car!"

Slaughtneil will surely continue to thrive because of the depth of talent they have across all codes, but colossal figures like Cassidy are equally as important. They're the ones that really encapsulate what being part of the Slaughtneil community is all about, those who happily sell their cars if it serves the club.

AIB's video is slight in length but still manages to stand out as an intimate portrait of this special club, one we can't get sick of to be perfectly honest.


popular
Talksport presenter puts Martin O'Neill to the pin of his collar over Declan Rice and Jack Grealish
World Cup Power Rankings: The top eight pundits of the tournament so far
Rory McIlroy explains 'falling out' with Shane Lowry that lasted a few years
World Cup Power Rankings: The top 10 players at the tournament ahead of the quarter-finals
Ariel Helwani shares Paddy Pimblett WhatsApp messages as spat becomes public
Gary Neville sticks up for Ronaldo as contextless pictures and videos taken as gospel
Ballyhale's Colin Fennelly felt Ballygunner's victory speech was disrespectful
You may also like
11 months ago
"It’s actually kind of positive, the cartilage is torn, I don’t think I can do any more damage’”
1 year ago
"Lads, there's over a billion people in China who don't give a f*** about Gaelic."
1 year ago
Whether you're Diarmuid Connolly or Paddy McBrearty, Chrissy McKaigue has a plan to stop you
1 year ago
Shane McGuigan on Derry's fierce club rivalries affecting the county team
1 year ago
League trophy would be cherry on top for Derry's remarkable revival
4 years ago
Shambolic scenes in Derry championship are surely GAA's wake-up call
Next Page