Lee Keegan and Dublin? It's a match-made in heaven, or hell, depending on what way you look at it.

The minds turns to the 2020 All-Ireland final when, having been laid out by a Mick Fitzsimons shoulder, Keegan was winded and he was breathless on the Croke Park turf. The play moved on, the ball moved away but as soon as Fitzsimons got shut of it, he made his way back to the corner forward position where his opponent was panned out on the ground.

In a show of brilliant sportsmanship, the Cuala man beckoned the Mayo medics towards their stricken soldier but even more impressive, from one competitor to another, was the fist-bump Keegan got up to greet him with. Here were two of the hardiest boys in the land, tearing strips from each other one second, like old-fashioned rivals with axes to grind, and then acknowledging each other in mutual admiration the next.

It's not pretty, it might get rough occasionally but as long as Keegan's involved and as long as it's Mayo-Dublin, it's nothing personal, it's strictly the business of inter-county Gaelic football. 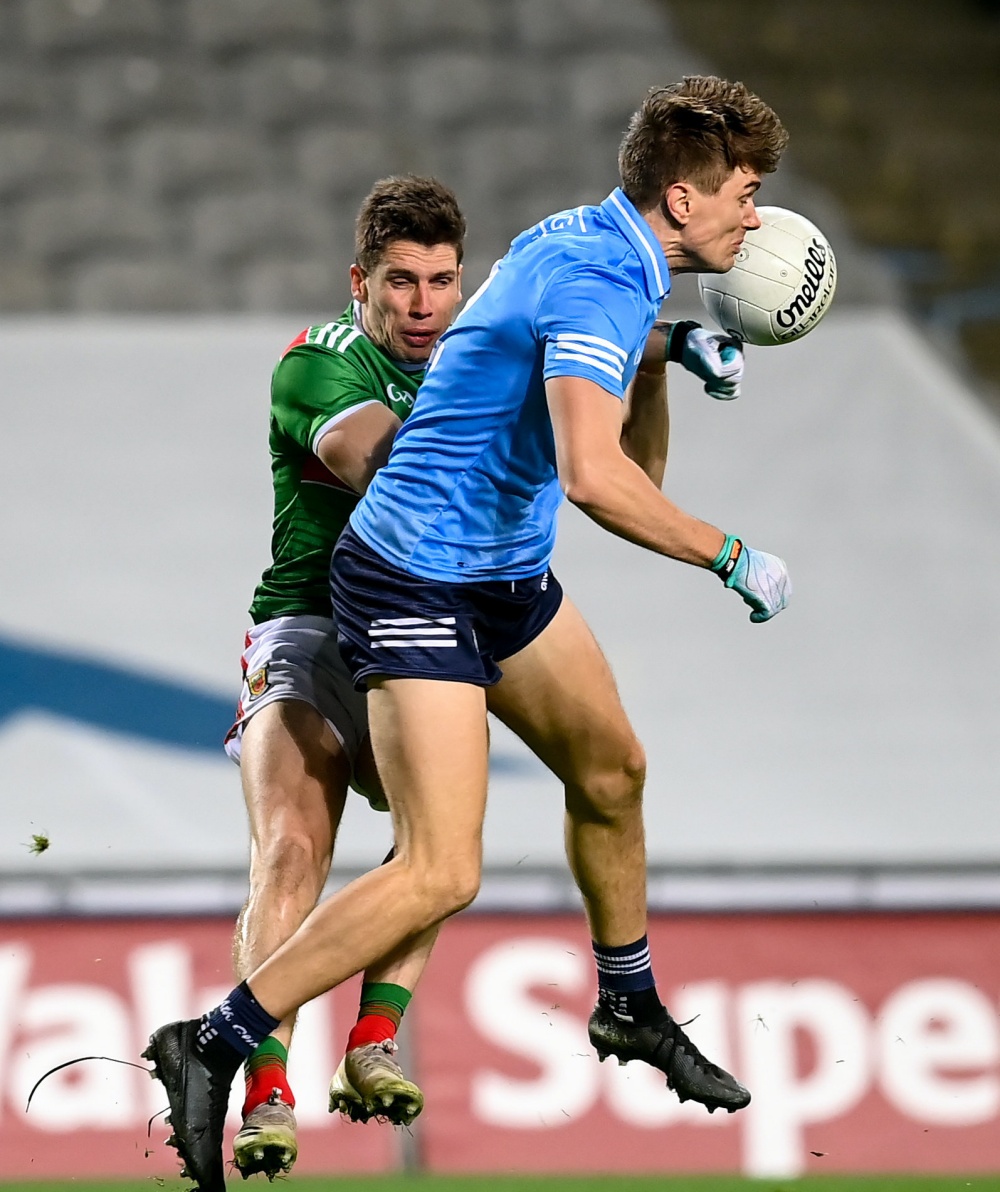 END_OF_DOCUMENT_TOKEN_TO_BE_REPLACED

If you'd seen his encounter with John Small a year on, three minutes into the extra-time period of yet another gladatorial battle between the two teams, you'd have probably said to yourself then that there's something about Lee Keegan. The Westport warrior was the last man standing this time around but as soon as Small got back to his feet, the mutual respect was clear as day.

END_OF_DOCUMENT_TOKEN_TO_BE_REPLACED

"Do you remember John Small kept going and Lee Keegan came across and burst him with a shoulder onto the ground?  Then Keegan landed on top of him, there was a little bit of wrestling but then the two of them just stood up, looked at each other and started laughing." 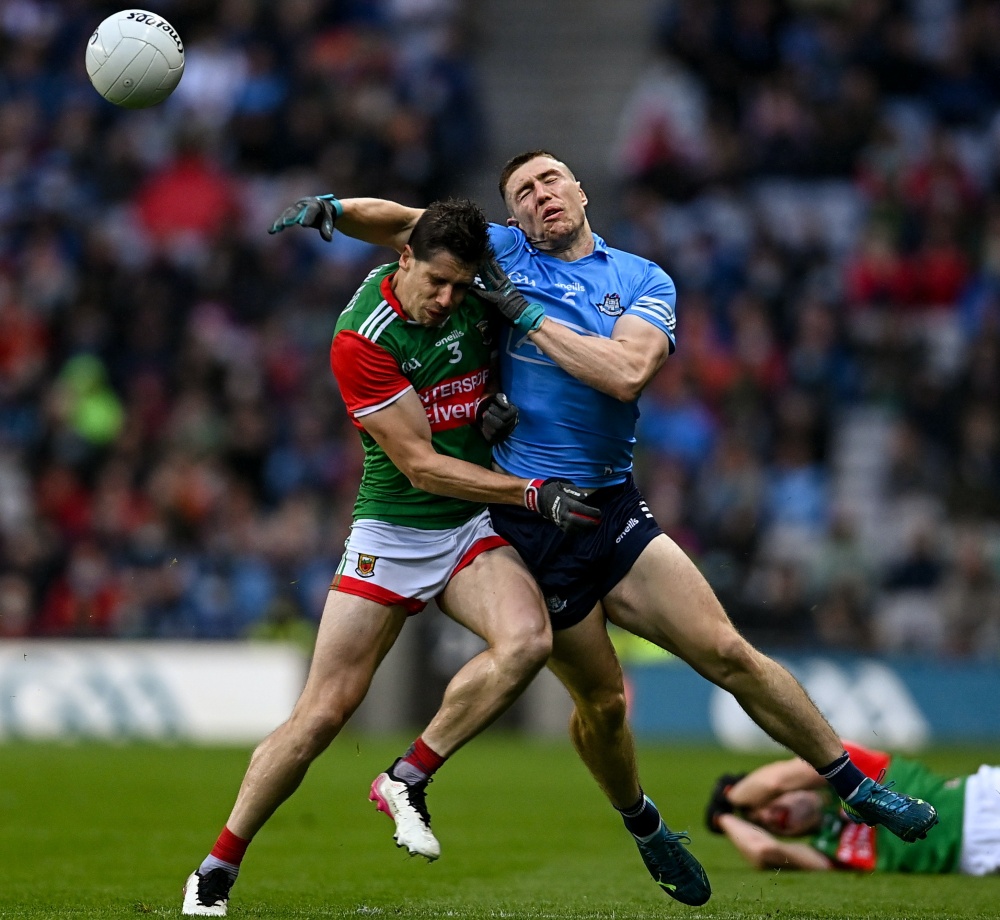 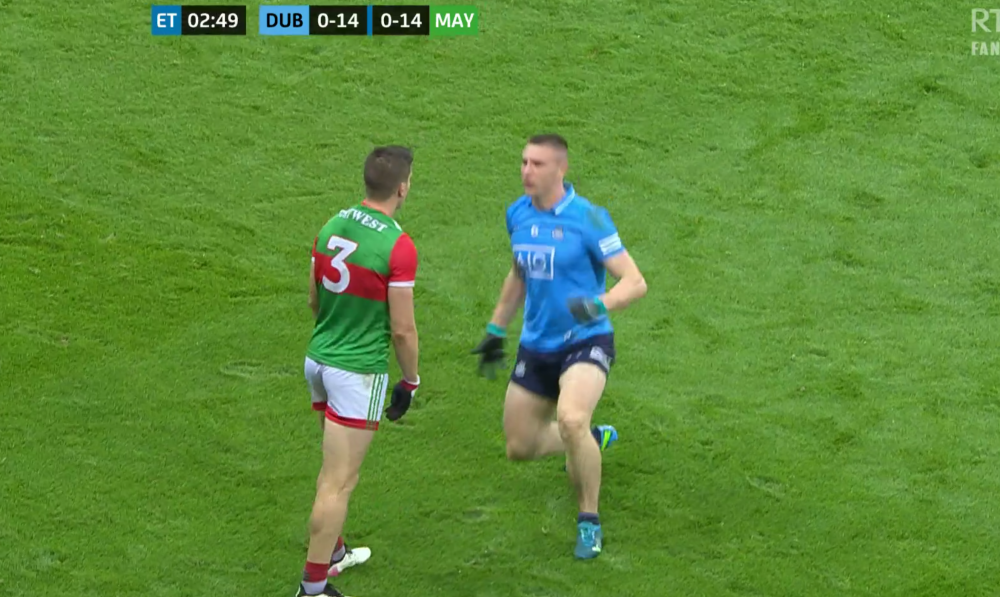 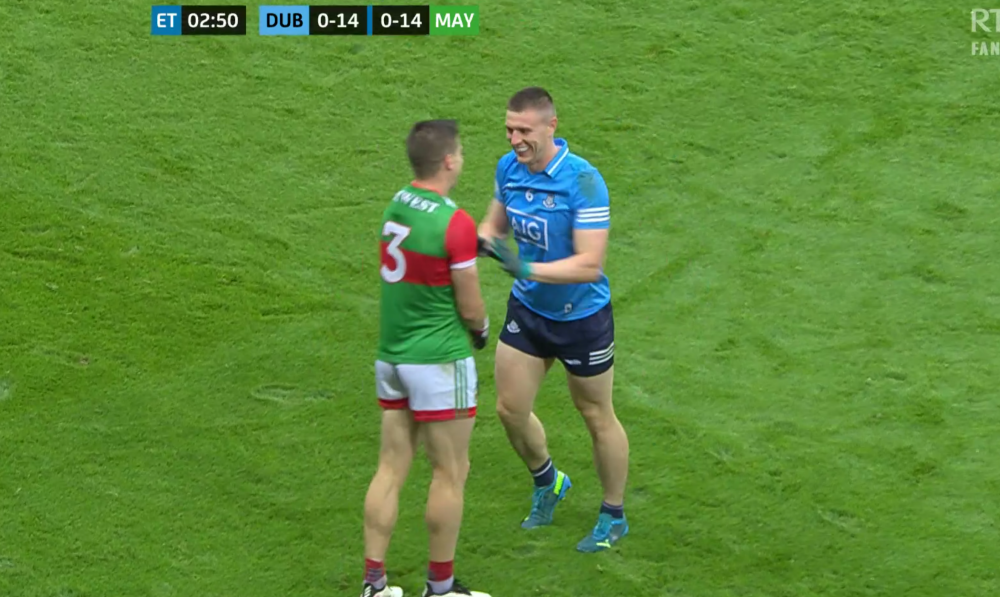 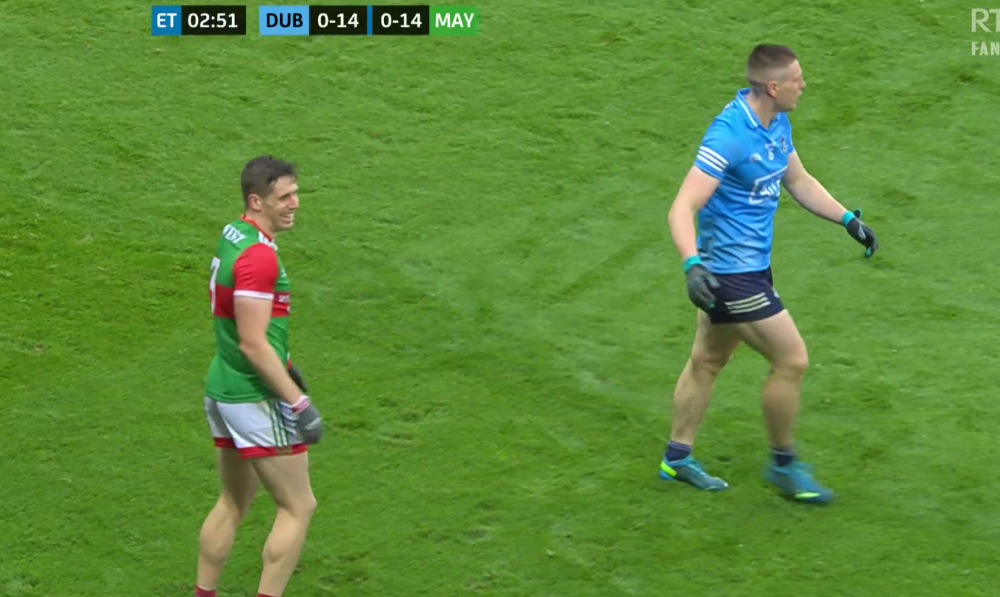 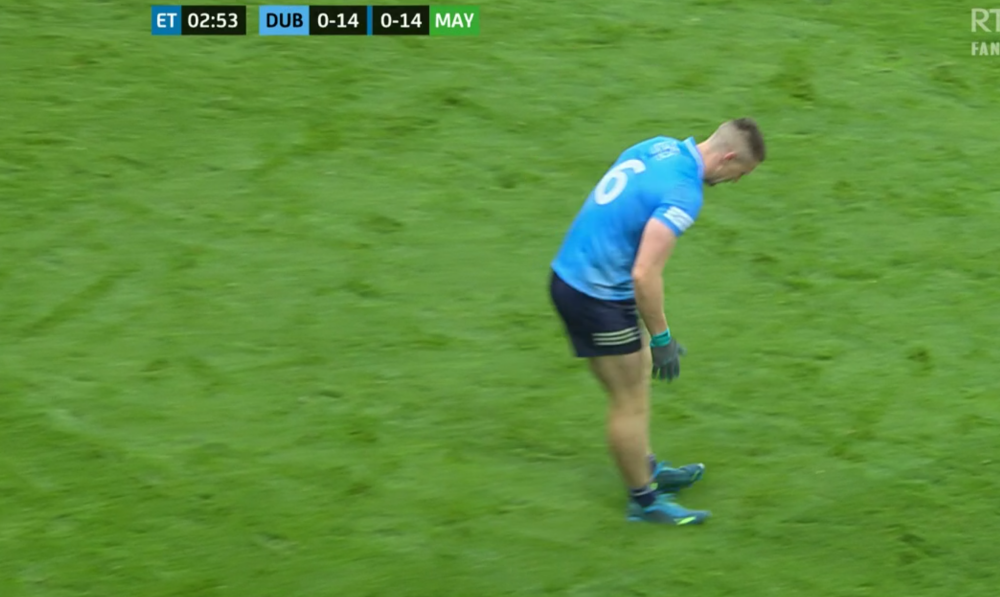 END_OF_DOCUMENT_TOKEN_TO_BE_REPLACED

"The two of them didn't let on they were hurt, just started smiling at each other. Two hardy bits of stuff now, and then the minute they walked away from each other, they both went down holding their legs! But they didn't want to let on in front of the other that they were hurt.

"I thought that was just a class moment between two really, really tough bits of stuff," added Parkinson.

"It's great to see that," said Ger Brennan.

"I've met Lee on a few occasions and he's just a wonderfully humble guy. Here are two lads who are known for being comfortable with the rough and tumble of the game over the years but it was great to see that healthy respect they had for one another."

Mayo won this battle but if there's one thing we've learned from years of watching these two great teams, it's that there will be many more to come.


popular
Footage emerges of Erik ten Hag reacting to Man United target Tyrell Malacia
'Does not look too good' - Andy Farrell offers worrying injury update on Cian Healy and James Hume
Frenkie de Jong 'determined to stay' at Barcelona, despite Man United agreement
Kylian Mbappe reportedly wants PSG to sell Neymar
Full Ireland player ratings after Maori All Blacks teach us an early lesson
"He's actually smiling putting the ball over the bar. He should nearly be fainting." - Ryall on Limerick's legacy
Gavin Coombes one of four Irish players to push themselves into Test picture
You may also like
3 weeks ago
The GAA community comes together in support of Sean Drummond
1 month ago
Just because they signed an autograph doesn't mean they're not hurting inside
1 month ago
Kilkenny, Dublin and Wexford could all still end up going out of the championship next Saturday
1 month ago
Familiar feeling for the Dubs as Kilkenny rack up a cricket score
1 month ago
"I realise on the far side that all of that stuff is not what it's cracked up to be." - 2011 reunion allows O'Sullivan to take it all in
1 month ago
"Jesus, no, if he finds out, he'll think I'm going soft now." - the social life of inter-county GAA players
Next Page