Just imagine how sickening it will be for the lads this weekend.

Kildare in O'Connor Park. It's the first round of the Leinster championship and Longford, on the back of some giant-killings in recent seasons and after Mullinalaghta's famous club run, will fancy their chances. 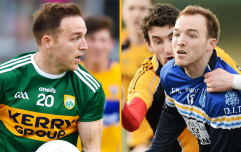 END_OF_DOCUMENT_TOKEN_TO_BE_REPLACED

That only makes it even tougher.

Darren Gallagher, Rian Brady and Peter Lynn would all be in the thick of it. Two of the three started in their win over Meath last year, Rian Brady could be seen as their marquee forward, Lynn was a key player in the Leauge.

But they're heading to America to play GAA later on this summer. The later on being critical. 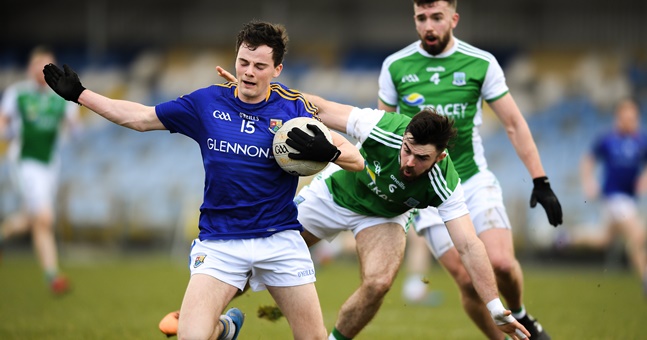 Rian Brady in action for Longford

END_OF_DOCUMENT_TOKEN_TO_BE_REPLACED

That's because will all be in Ireland this Sunday when their county take on the Lilywhites, they will be here until the end of June. Itching to get out there.

But because of an GAA ruling, they won't be allowed to. If they did or if they were even registered on a championship squad, they will be ineligible for a summer transfer and won't be able to play for a club in America.

And Longford could conceivably have three games played, and be out of the championship by the time the lads leave.

Longford manager Padraic Davis bemoaned the ruling this week on the Mirror, and Colm Parkinson backed him up on The GAA Hour podcast.

"I don't like this to be honest," said Wooly on Thursday's GAA Hour Show.

"What's against Darren Gallagher playing against Kildare and playing another couple of games. Generally, managers will never stand in a players' way because it's a part of growing up. It's an experience for the summer that a lot of Irish lads who have never played GAA do, the great little added bonus for GAA players is that they might get their flight paid out and they'll get a few quid at the end of it...

"Why not just let them do both? Some managers are giving out that players are just landing it on a squad but the likes of Darren Gallagher have been up front and honest and the manager has accepted it. It seems very cruel on him..."

"Why do they want to dissuade them? Could they not just cater for both?"

J1 students or anybody eligible for a J1 are exceptions to the rule. That's how the likes of Diarmuid O'Connor and Conor Loftus were able to head over to Chicago the day after they'd played in Mayo's loss to Kildare last year.

You can listen to the Longford discussion and much more from The GAA Hour football Show.


popular
Man United could be blocked from playing in the Champions League next season
Ireland team vs. France: Form players rewarded and a welcome return
Eight players to watch in tonight's Sigerson Cup semi-finals
French media's opinion of this Ireland team becomes clear as vital clash nears
Clive Woodward happy to 'eat humble pie' after bold comments about Ireland
"I should have been more mature" - O'Sullivan's injury trail a cautionary tale for Sigerson casualties
Lionel Messi makes decision on Barcelona return
You may also like
6 months ago
The former Irish international athlete and the bolter who shored up Kerry's defence
6 months ago
Damien Comer switch that Galway passed on, during All-Ireland defeat
6 months ago
Finian Hanley take on contentious Kerry free may settle some Galway arguments
6 months ago
Darran O'Sullivan on the post-match gesture that shows what Jack O'Connor means to Kerry
6 months ago
JJ Delaney on how Brian Cody kept him grounded after Hurler of the Year honour
6 months ago
"We were known as stab city, the butt of everything. Of all the things JP has done, he has made everyone so proud to be from Limerick"
Next Page