Players who left panel were made out to be "scapegoat for Tyrone's performances in the league".

Ronan O'Neill has starred for Tyrone over the past decade, from being a promising minor, to winning everything there is to win in the red and white jersey.

The Omagh native is Tyrone through and through, and many were disappointed to see him opt out of the panel for this year, especially because he's only 29 years of age. 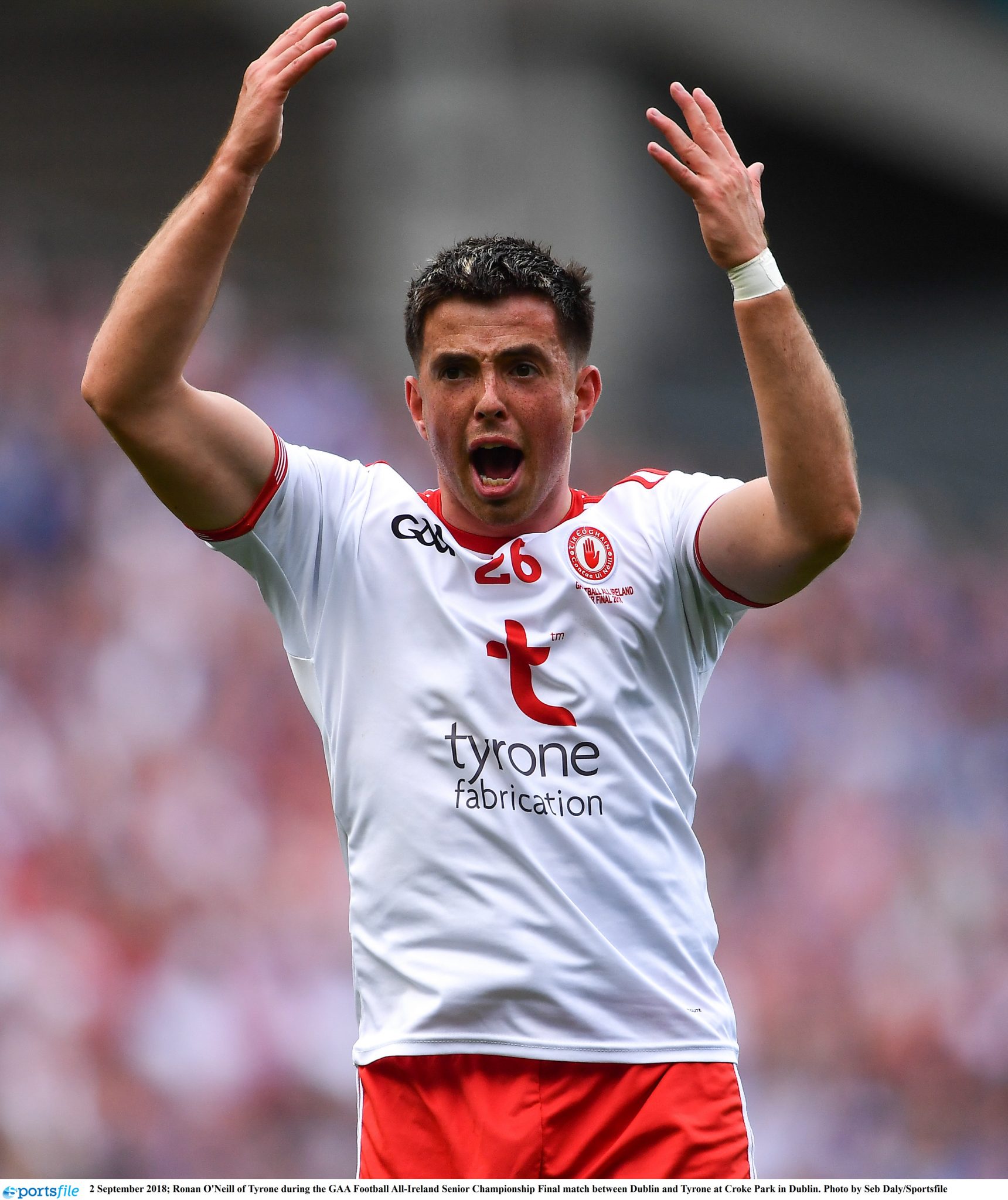 END_OF_DOCUMENT_TOKEN_TO_BE_REPLACED

However, you can't win an All-Ireland unless you have an unbelievable team, where there are world class players all the way through the match day squad, and the managers have a headache every time they go to pick the team.

O'Neill unfortunately fell victim to this level of depth, and for one reason or another didn't feature as much in last year's All-Ireland triumph as he would have hoped.

Since announcing his retirement, six other Tyrone players have left the camp, begging the question that there may be issues behind the scene with Feargal Logan and Brian Dooher's squad. 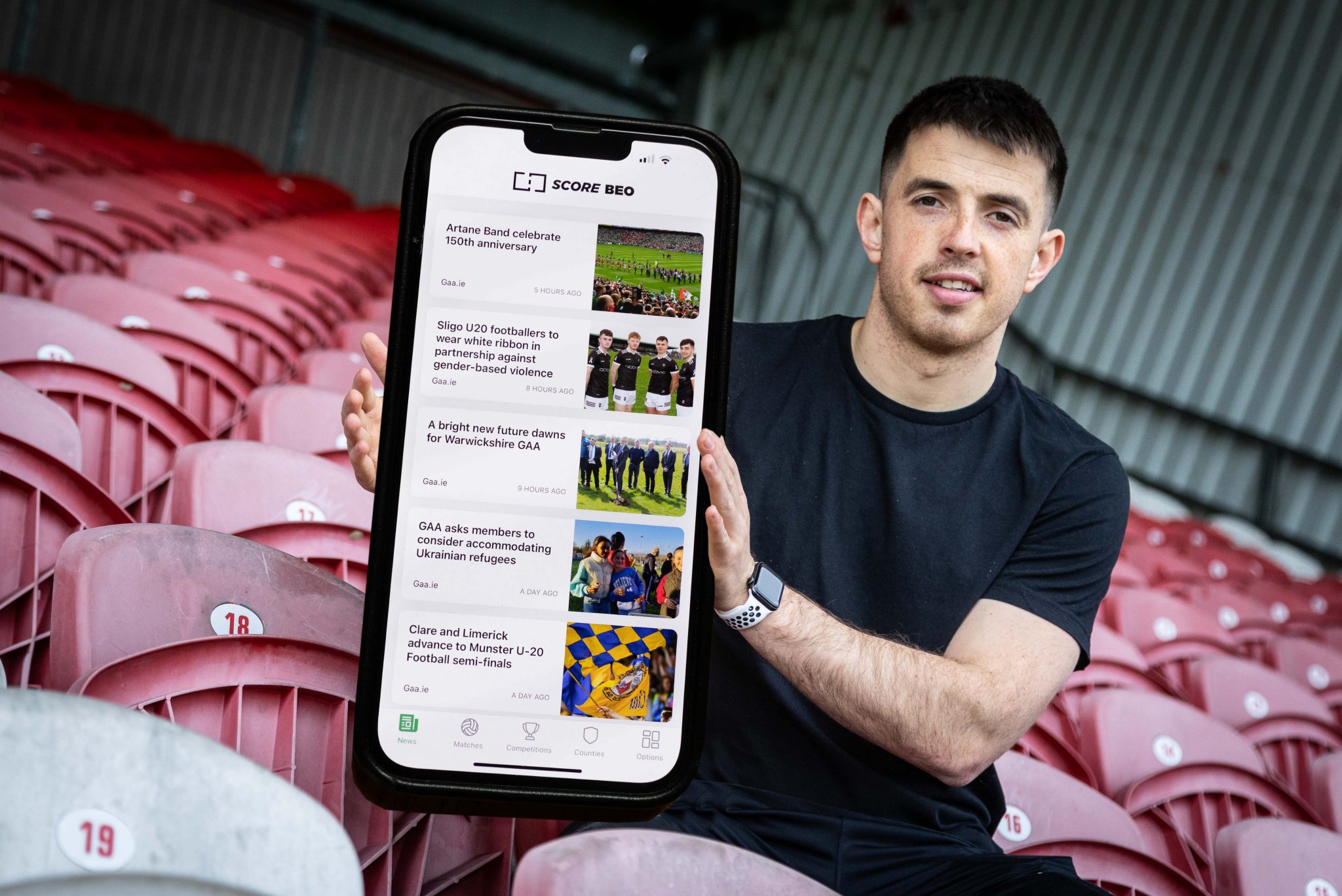 Ronan O’Neill was speaking to promote Score Beo’s coverage of the upcoming GAA All Ireland championships. Score Beo offers Live Scores, Lineups and Statistics for all GAA matches at your fingertips anytime, anywhere! Over the course of the summer Score Beo will offer Live Scores & Lineups on all men and women’s matches across all intercounty championships. Picture credit: John O'Neill.

"Everyone has different reasons for leaving. I suppose for me, I just came to the end of my career, I played for 10 years and I didn't leave, I retired.

"I just want to get that across, I didn't leave out of discontent or anything like that, I retired. I did it for 10 years and I thought that was long enough, and just where I was in my own life, and I wanted to give a good five or six years to Omagh.

"We're getting a house now in the next couple of months, and I'm getting married at the end of the year, so my life is moving on, and you have  to go with that. 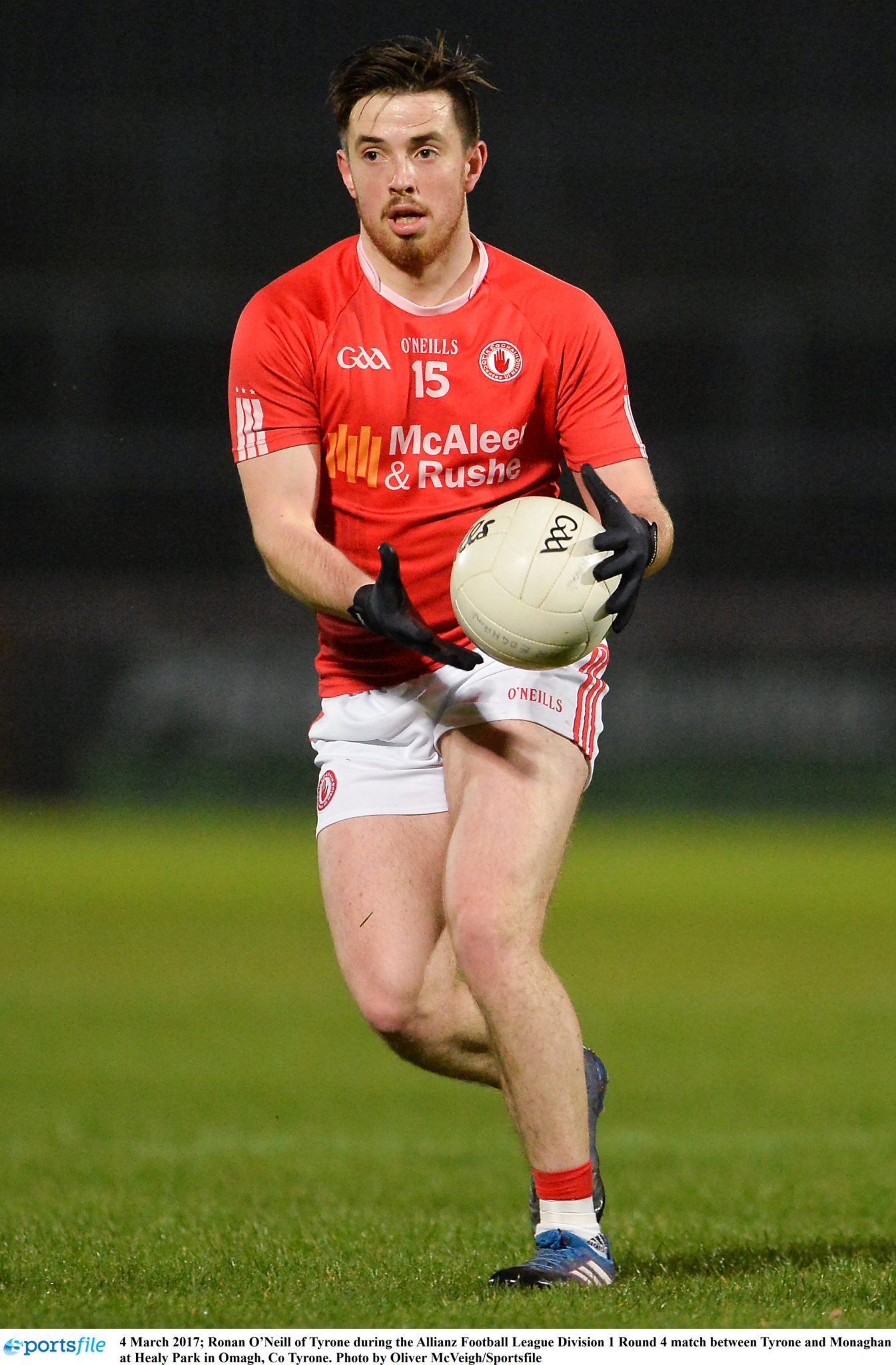 END_OF_DOCUMENT_TOKEN_TO_BE_REPLACED

"The different boys will have different reasons too, I would be quite friendly with all of them, and they would all have their own reasons.

"I think the fact that Tyrone haven't been going that well in the league - this was put on them that the reason behind it was because these boys were away.

"They still have a core of really good players there, and the majority of players that are there still started that All-Ireland final last year, so I think it's been made out to be a bit of a scapegoat for Tyrone's performances in the league. 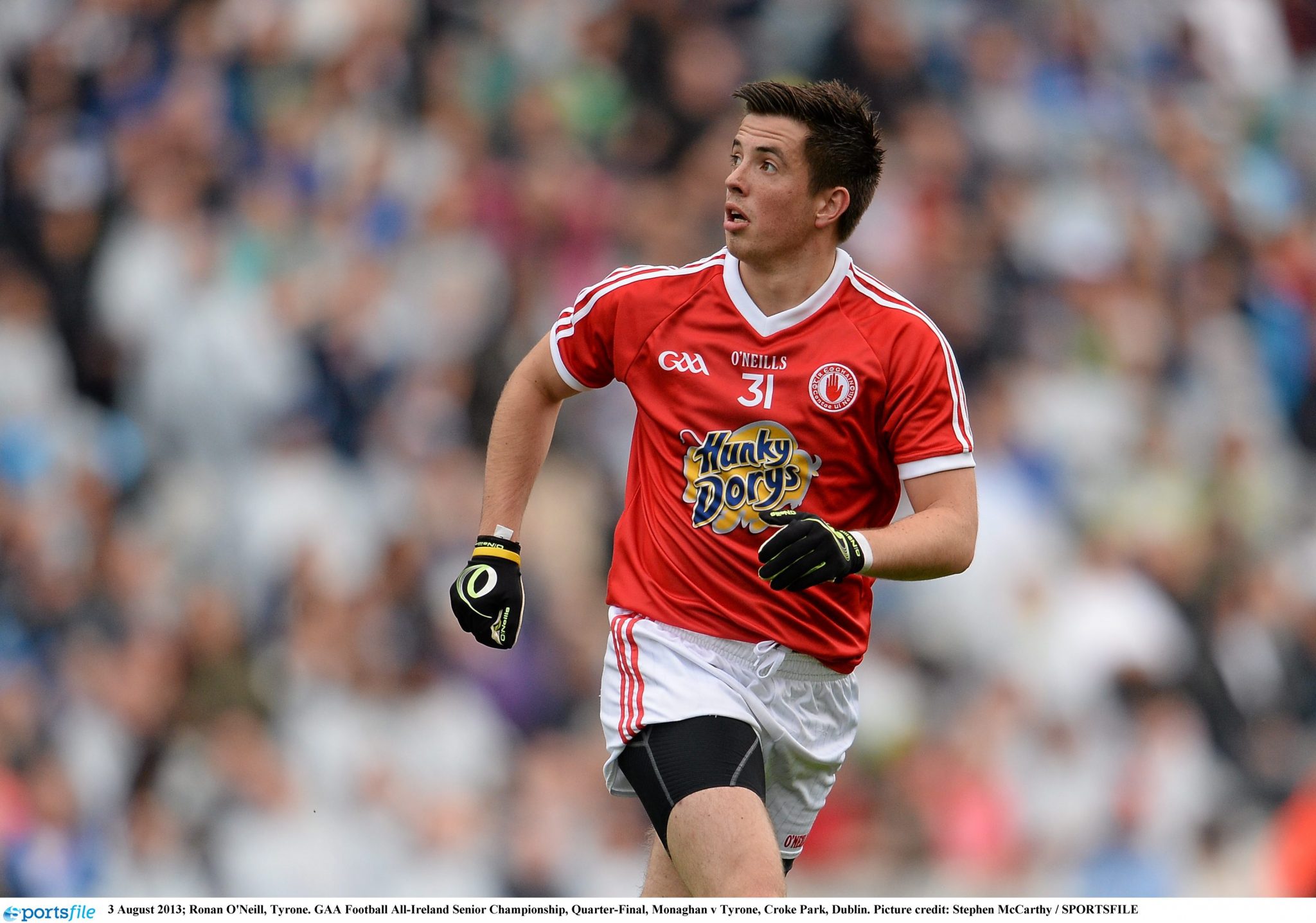 "That's the way I would look at it too, I don't think it's the reason that Tyrone haven't performed that well in the league, although they did come good towards the end.

"Each person has their own reason to leave, and you have to respect that decision."

Darren McCurry said that players who left the panel "took the easy way out". 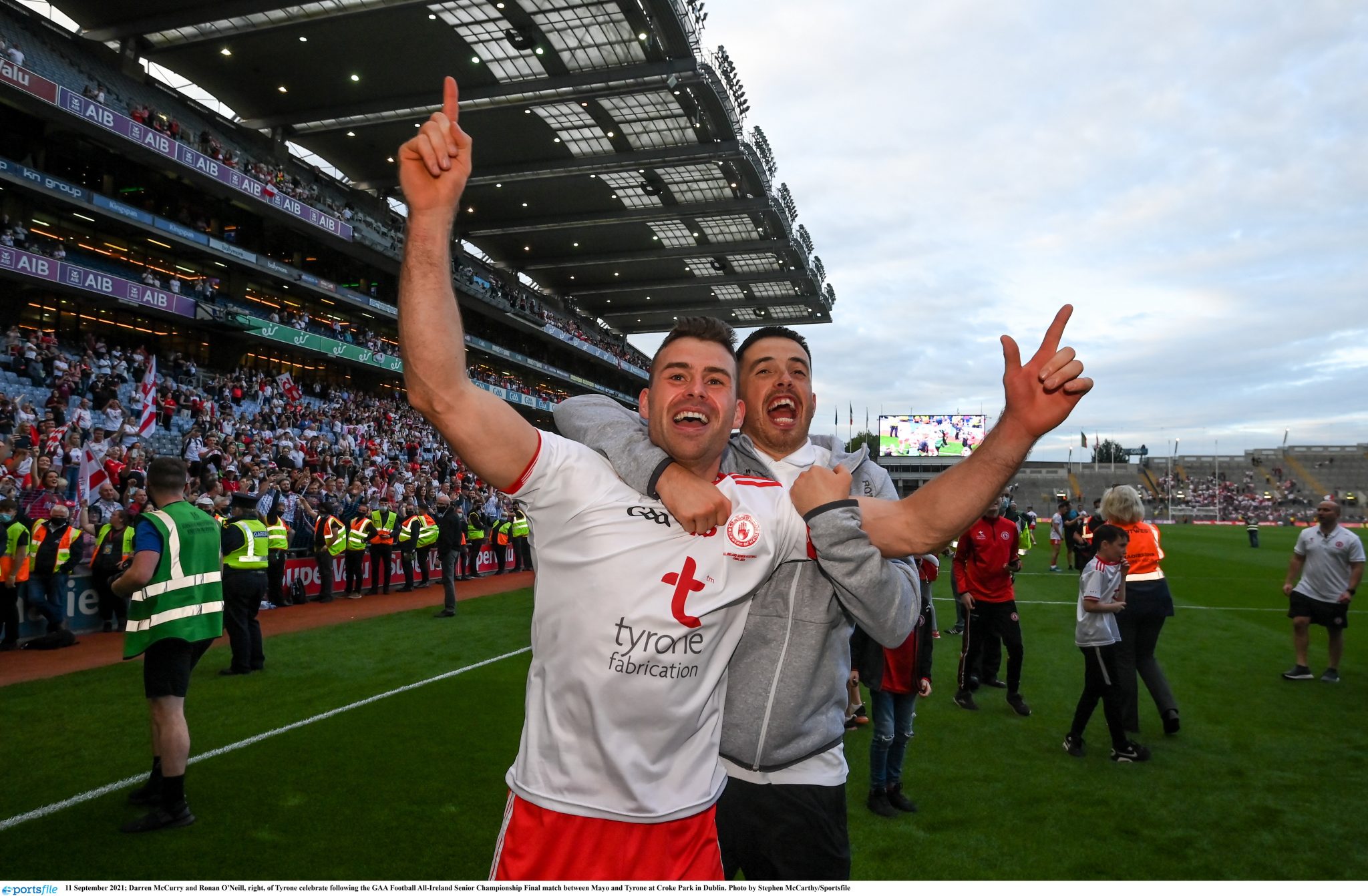 The Edendork man even went as far as saying that those who left "took the easy way out".

"I listened to the interview, I've known Darren since we were about 17, we're really good friends - I don't know if he got caught up in the moment with that interview and was being passionate about it, but I obviously talked about my decision with Darren as well.

"He wanted to know what I was doing and he respected my decision anyway, because he had an element of being in my position before, in terms of not playing and he had stepped away himself. 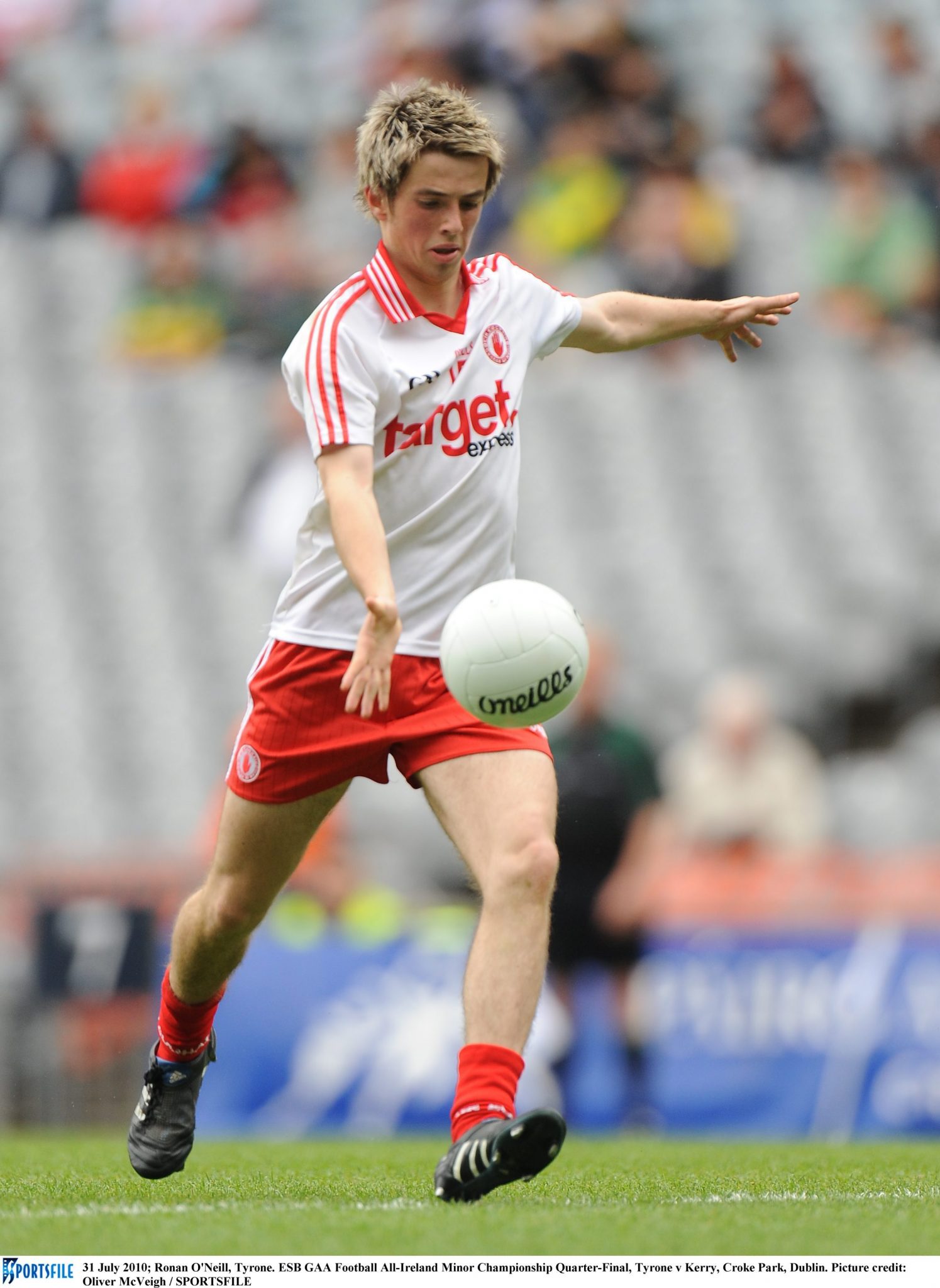 "He's maybe calling that out because Tyrone were under a bit of pressure because of their league performances.

"Last year people were coming on when things were tight and there's not probably the same impact this year, but it's water off a duck's back for me."

Across the forward's 10-year spell at county level, he has been the young exciting prospect, the main man up front, and the impact sub coming off the bench, but last year he finally achieved the ultimate goal of winning an All-Ireland title. 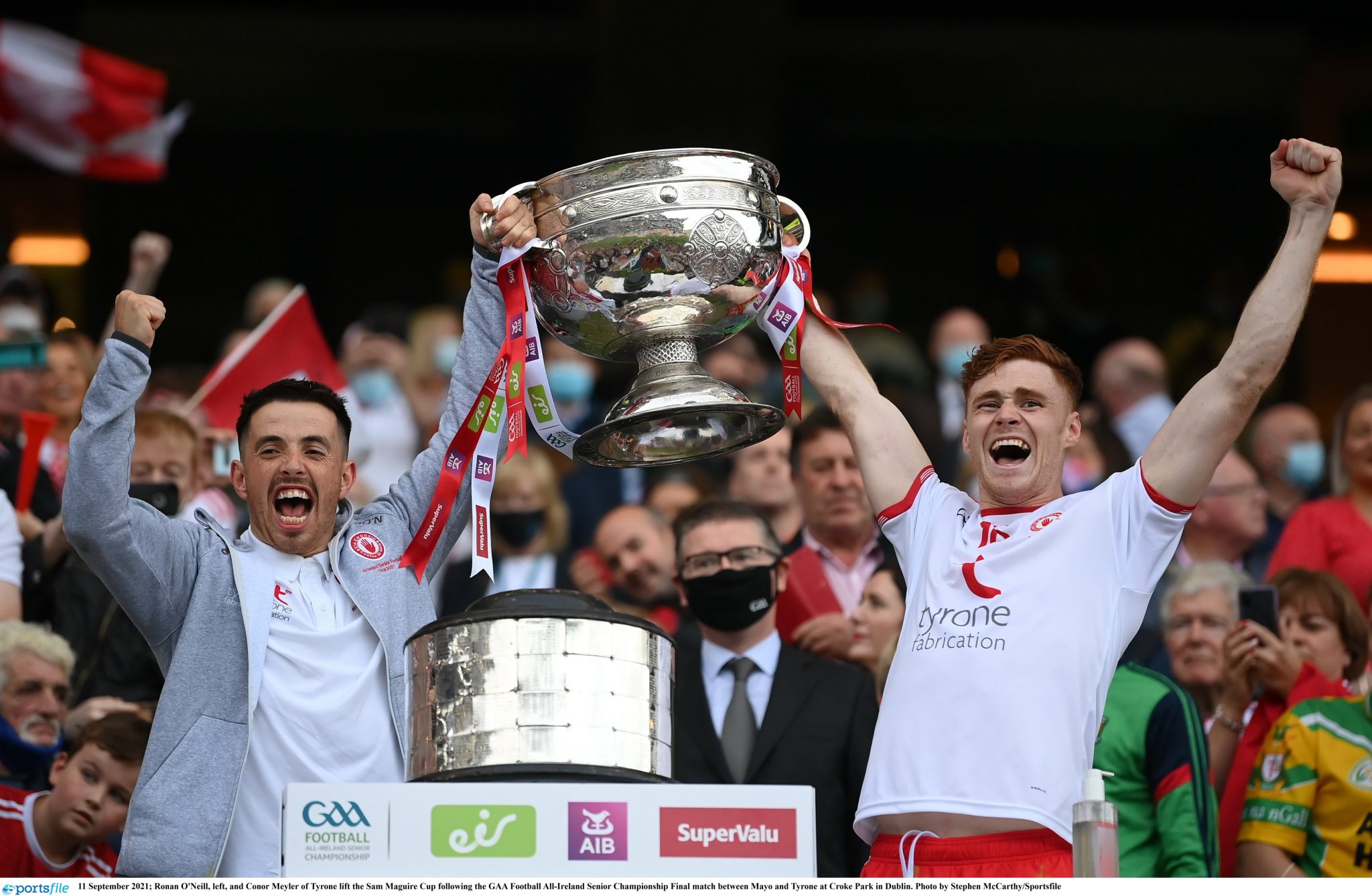 However, as his game time was limited - not even making the 26-man squad for the final - the school teacher struggles with this success.

"Would I say to you that I think I won an All-Ireland? Probably not, no, I don't think I would.

"Obviously over the 10 years, I would say it was a definite career highlight, but looking at last year and with people congratulating me, a part of me is thinking that I didn't win that. 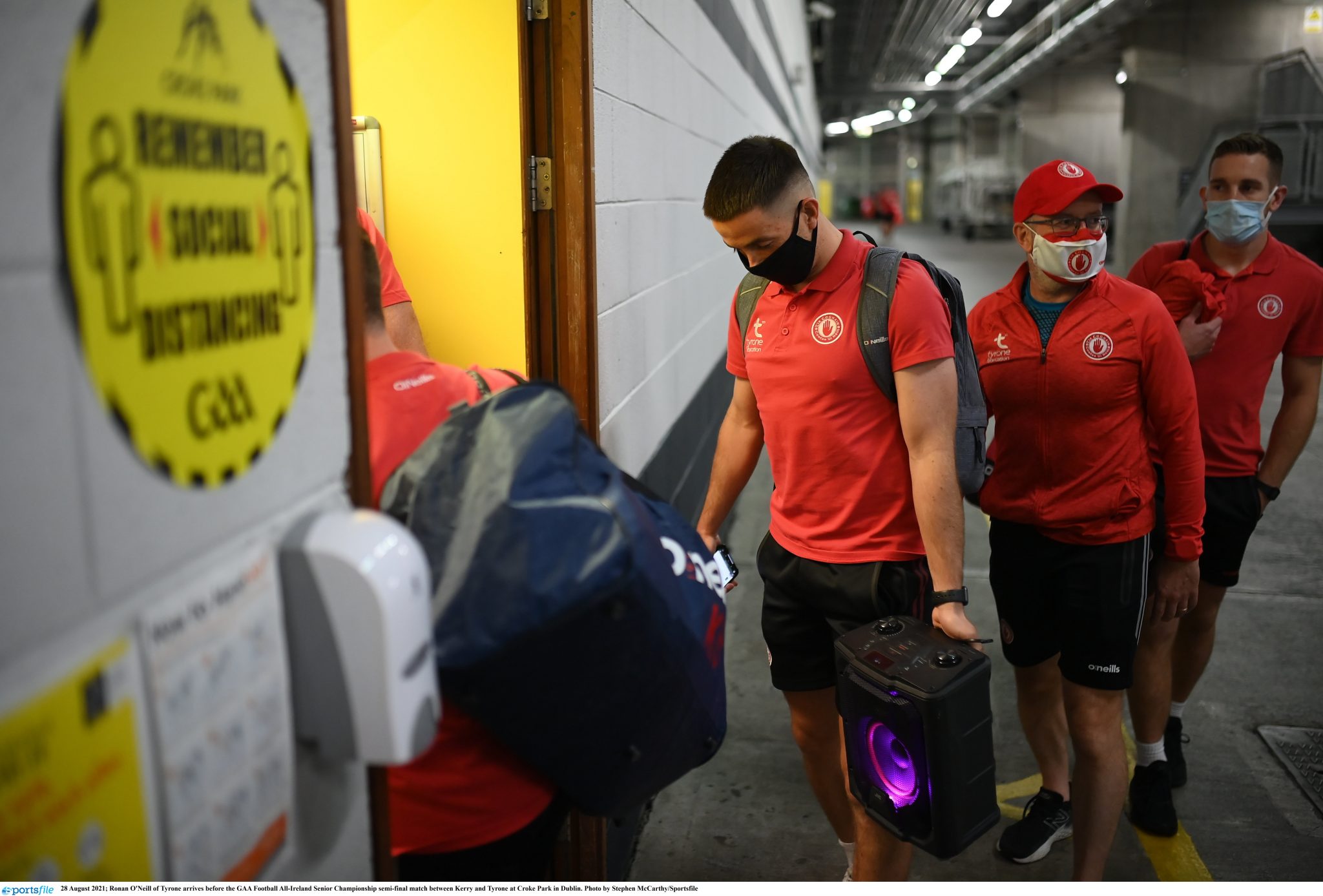 "That is my own personal feeling towards it, just because I didn't feel like I contributed enough on the pitch, and my teammates might say about my contribution behind the scenes or on the training pitch, but that's how I feel.

"So over the course of 10 years, it is a career highlight because it's what everyone strives for, but last season on its own - no."

Ronan O'Neill played under Mickey Harte for most of his career.

Mickey Harte managed Tyrone from 2003 to 2020, in an astonishing reign that saw the Errigal Ciarán man lift three All-Ireland titles. 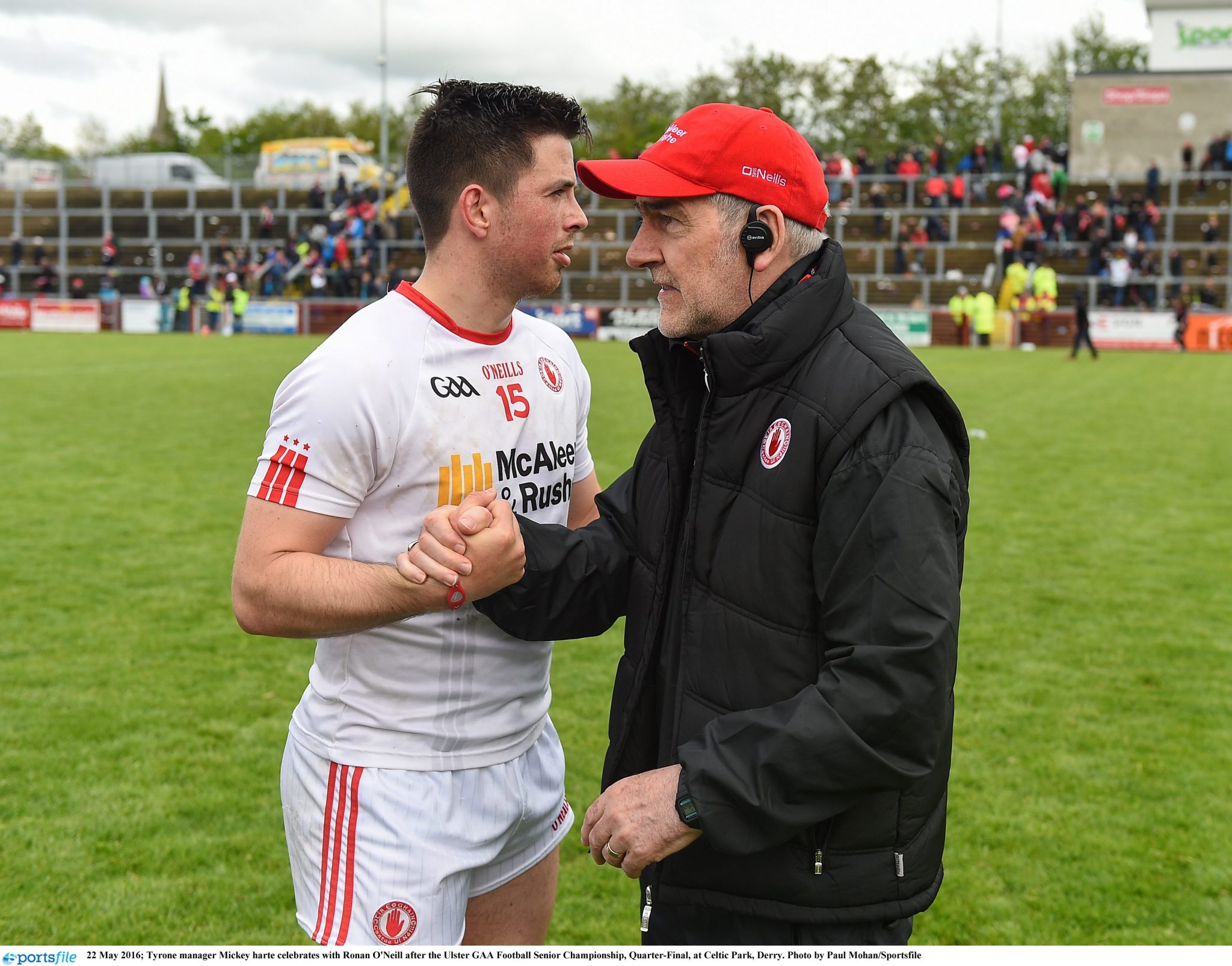 However, many in the county don't always appreciate what he has done since his last Sam Maguire success back in 2008.

Despite completely rebuilding and transitioning his old team into a new, young, dynamic squad that won Ulster titles, reached several All-Ireland semi-finals, and one more All-Ireland final, many in Tyrone were very critical of Harte.

They believed that he stayed too long, and given the instant success of his successors, Brian Dooher and Feargal Logan, this only adds fuel to the idea that Harte outstayed his welcome. 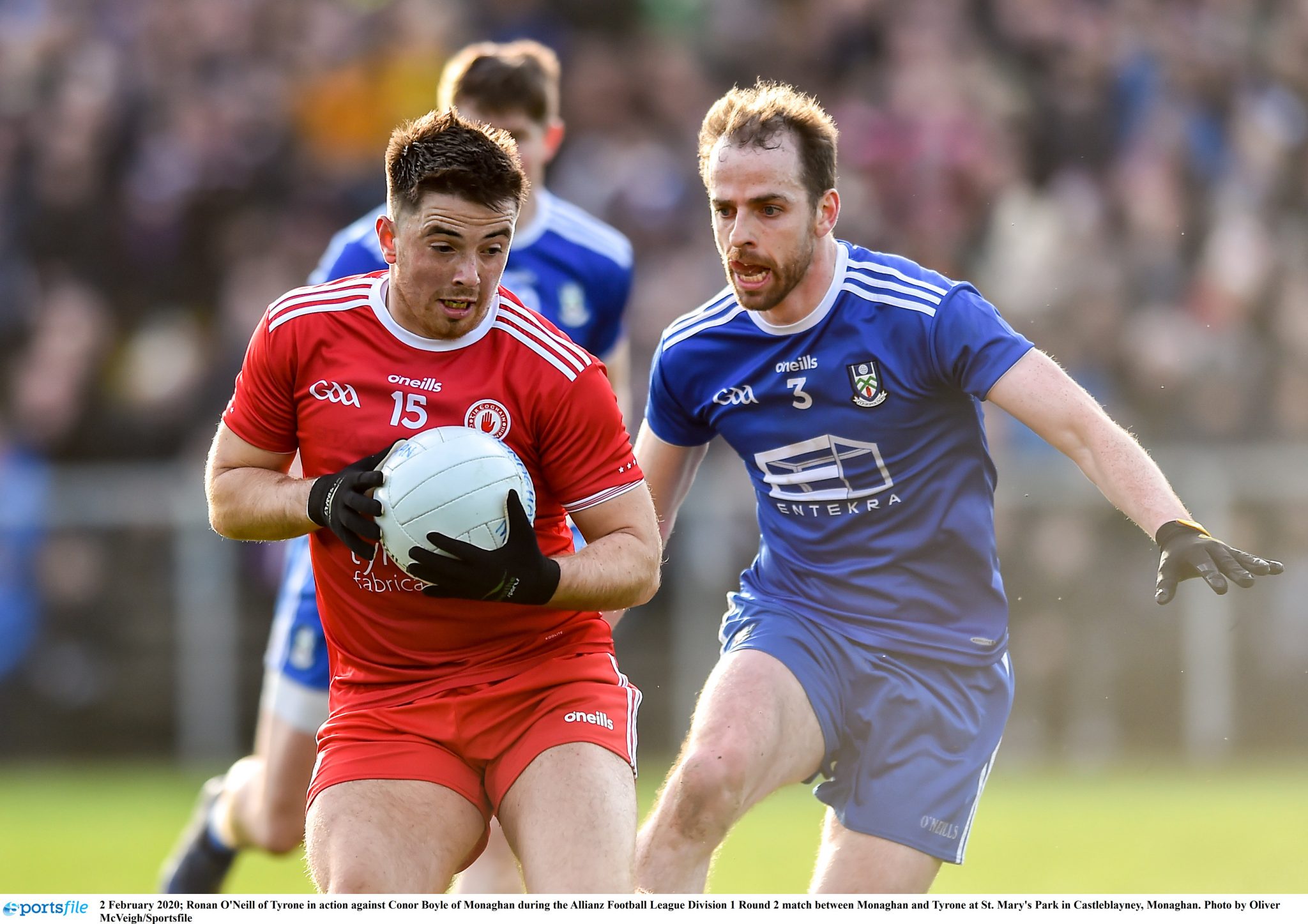 "I think [it's] because there was such a big of a call for there to be a change in Tyrone and the two lads came in and were a breath of fresh air obviously.

"They did win an All-Ireland out of it but that was as much Mickey Harte's win as it was Feargal and Brian's too.

"He soldiered on for so long, he reinvented a new team, he brought so many of the u21 boys through, and a lot of them boys wouldn't even be playing for Tyrone if it wasn't for Mickey Harte, and Gavin Devlin too. 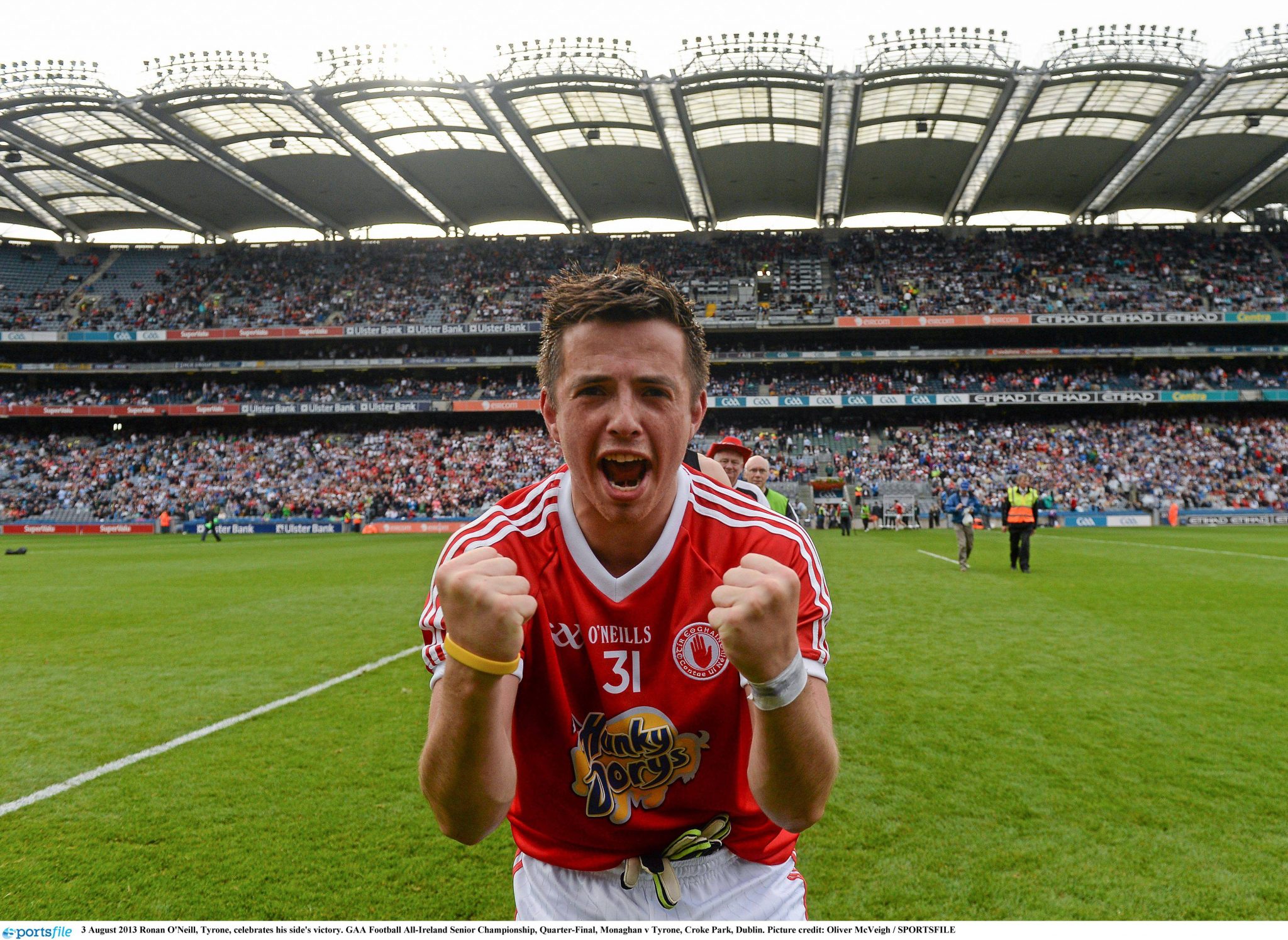 "I texted both of them after the All-Ireland final, to say that that victory was just as much for them as it was for Feargal and Brian too, but that's the nature of sport.

"Once these two new people come in, people jump on the bandwagon and say how these two people brought the Tyrone team over the line, but people forget about Mickey maybe and his impact on Tyrone over the last eight to 10 years.

"Bringing new people in, and rejuvenating people, and keeping people happy to fight for the cause win All-Irelands for Tyrone and represent Tyrone at the highest level, so that victory last year is 100% just as down to Mickey Harte as it Feargal and Brian."


popular
Ireland team to play Wales: Andy Farrell's XV, the big calls and bold cuts
Roy Keane reminds everyone of his feelings towards Newcastle United ahead of cup final against Man United
Ireland's self destructive mentality kills Croke Park fight for Katie Taylor
Even Roy Keane felt Michael Dawson went too far with his remark to Tom Heaton
Everton release brutal 59-word statement to confirm Anthony Gordon departure
True beauty of Fitzgibbon and Sigerson Cups lies in the hearts of weaker counties
"Every team did it!" - Paul O'Connell on Roy Keane comment to Ronan O'Gara that he couldn't deny
You may also like
1 week ago
Lidl launches One Good Club in support of youth mental health
2 weeks ago
Paudie Clifford had the only response needed after being cleaned out by vicious elbow
2 weeks ago
O'Byrne Cup reduced to farce as Offaly withdraw from competition
2 weeks ago
Rory Gallagher expects Glen players to be back for Derry the week after club All-Ireland final
3 weeks ago
"That fecker, again?!" - A Dubliner's perspective of going up against Lee Keegan
3 weeks ago
The top five GAA players who never won the All-Ireland
Next Page