"I realise on the far side that all of that stuff is not what it's cracked up to be." - 2011 reunion allows O'Sullivan to take it all in

It was on Saturday when The Dubs' class of 2011 met up for their ten year reunion and after all that, Cian O'Sullivan wonders where has the time gone.

He was a rookie back then, the boots are hung up now. In between, there was an unprecedented and unbelievable amount of success but it's rare enough, in top level sport and in a life as busy as his, that you get the chance to take stock, to look back and to appreciate what's gone before.

Along with his team-mates, he got that chance on Saturday night and he enjoyed every minute of it.

END_OF_DOCUMENT_TOKEN_TO_BE_REPLACED

"We had our 2011 reunion there at the weekend and that was probably a chance for me to look back on those days, which I haven't done ever. I think the whole significance registered with me with that reunion. What it meant for the wider county. It was a difficult time, coming through recession and austerity, and the lift that it gave to everyone, and how important it was, that was sort of lost on me," the Eirgrid ambassador says.

"You're just sucked into the team, and the here and now, that you don't really smell the roses when you're in the middle of it. Getting to reflect on that was pretty cool. We've a few more 10 year reunions coming up so as each of those creeps along I guess the penny will drop more and more."

Great night catching up with players, partners, family and friends, at the 2011 reunion #dublin #gaa pic.twitter.com/CpSG8B8yVg

END_OF_DOCUMENT_TOKEN_TO_BE_REPLACED

It's on nights like that when you get to think about the good things, the bad things, the good times and the bad times. And if now, O'Sullivan was given the chance to go back in time to give some advice to his 20-year-old self, then it would sound a bit like something Ferris Bueller famously said.

"I'd say to have more fun at certain points in my career," says the Kilmacud Crokes icon.

"The demands have gotten pretty high. It's a very serious environment, at times. It's easier to let those pressures of being part of a high performance environment suck the fun out of it a bit. It was something we were aware of within the squad. I remember we tried to introduce a bit of craic and fun and the social side of things more. Just to have a bit more fun with it. Looking back now it was really special, unique days - the best days of my life. I'm not saying I didn't enjoy them, or have fun, but maybe to have more fun on a consistent basis.

"When I was playing I always thought about missing out on a friend's wedding, or a stag," he continues, "but now on the far side I realise that all of that stuff is not what it's cracked up to be.

END_OF_DOCUMENT_TOKEN_TO_BE_REPLACED

"It's not at all. I wouldn't for one second have traded playing in that team, and in that kind of environment, for any of those social occasions. The reality is that when you are finished playing, you have the chance to go to all of those social occasions. The window that you play is max 13-14 years. In the grand scheme of things it's a pretty small window. When I was playing I would have thought the the grass might have been greener, but now that I'm on the other side of the fence I can say that it certainly wasn't." 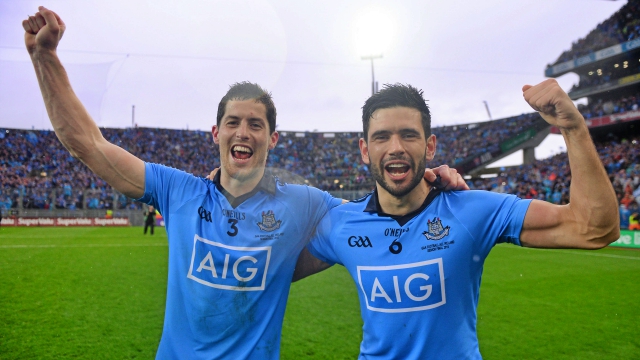 Because it's not everyone who gets to experience what he experienced.

"They're the moments I loved. Looking back on those times, crunch moments in games, the energy in the place is indescribable. Two stand out moments for me were the 2013 semi and the 2016 - both against Kerry. Those games were electric, had everything.

"Great hits, shoulders, blocks, scores - Kev Mac's goal, Mick Macauley's flick on. When you're playing you're in the zone, you forget about the crowd and everything else. But when that goal went in in 2013 the place just shook, the ground was physically shaking. I snapped out of it, and I was looking around thinking about how there was something unique going on here."

It's a testament to O'Sullivan that, while being dogged with injuries the whole way through, he still had such an incredible career. Those injuries were the reason he couldn't play a part in his club's run to the All-Ireland final last year but having started a new job, having moved into a new house and having had a kid, you couldn't say he's been idle.

"The body is okay for all intents and purposes. I haven’t done a whole pile now. Unfortunately, the body wasn’t in much of a state to go back playing club football when I did hang up the boots so, I’ve done a bit of pilates, a bit of cycling, played a bit of paddle with my friends, but I haven’t done much physical activity. I’ve tried to do a bit of jogging and long distance running but my calves keep failing me on that so am, yeah, I don’t think I’ll be playing.

"I certainly won’t be playing county football and I don’t know if I’ll be playing any serious level of club football in the future so I think my boots are well and truly hung up for now. I would really like to get back playing, some social level of football, but we just had a baby ten weeks ago so my hands are fairly full. Maybe in the next couple of months, we’ll look at doing a bit.

The seasons became quite staggered. There were probably only one or two seasons during my career when I got a proper run of it. Other than that, it was quite fractured, here and there, just going from game to game. That was frustrating, but I probably didn’t know any better either because it was just the reality of my playing career, even going back to 2009/2010. I had a chequered enough season with injuries in 2010 so it’s something that I’ve always had to deal with." 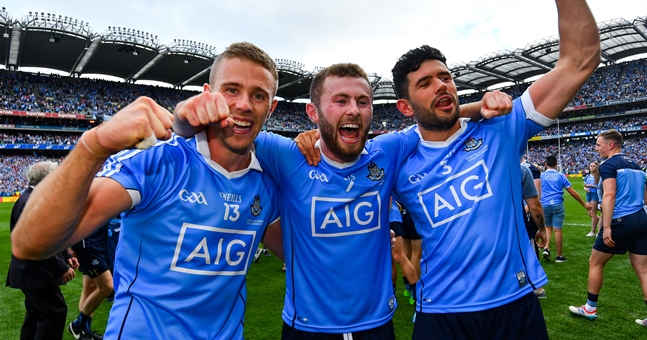 The body is a complex enough thing and my issues seem to stem from around my hips and my lower back. There was any number of things that might have been a little bit off contributing to an injury. Ultimately, itn was kind of my hamstrings but I also had issues with my hip and shoulders, my knee and stuff like that. So I was just predisposed. I’m just built that way I guess.

“Yeah, I definitely would have had to manage my load. That was something that certainly as I became a more established player, it was something that I was able to do and had the backing of management to do that. I just would have made sure that each month we were looking at the session ahead and earmarking that, ‘These are the ones I really need to be involved with and these ones I’ll sit out.’ I definitely tapered my training regime around the injuries.

“I might have thought that way if it wasn’t for the fact that in 2021 I was kind of on the fence whether I was going to give it another lash or not. I was even that way in 2020. But in 2021 I came up with a bit of a programme, I was working with two guys and said, ‘I’m going to try this for a few months and really try to get the body right. Hopefully I can if I do, amazing. Get back playing football with Dublin. If not, at least I’ve thrown the kitchen sink at it and I’ve no regrets.’ Unfortunately it was the latter, but it made the decision a lot easier to accept. I extend that to the club scene as well because I know no matter what, I just wouldn’t have been able to play. I made that decision back in June. As disappointing and as sad and as difficult as it was, it was quite easy to accept. So no regrets in that regard. 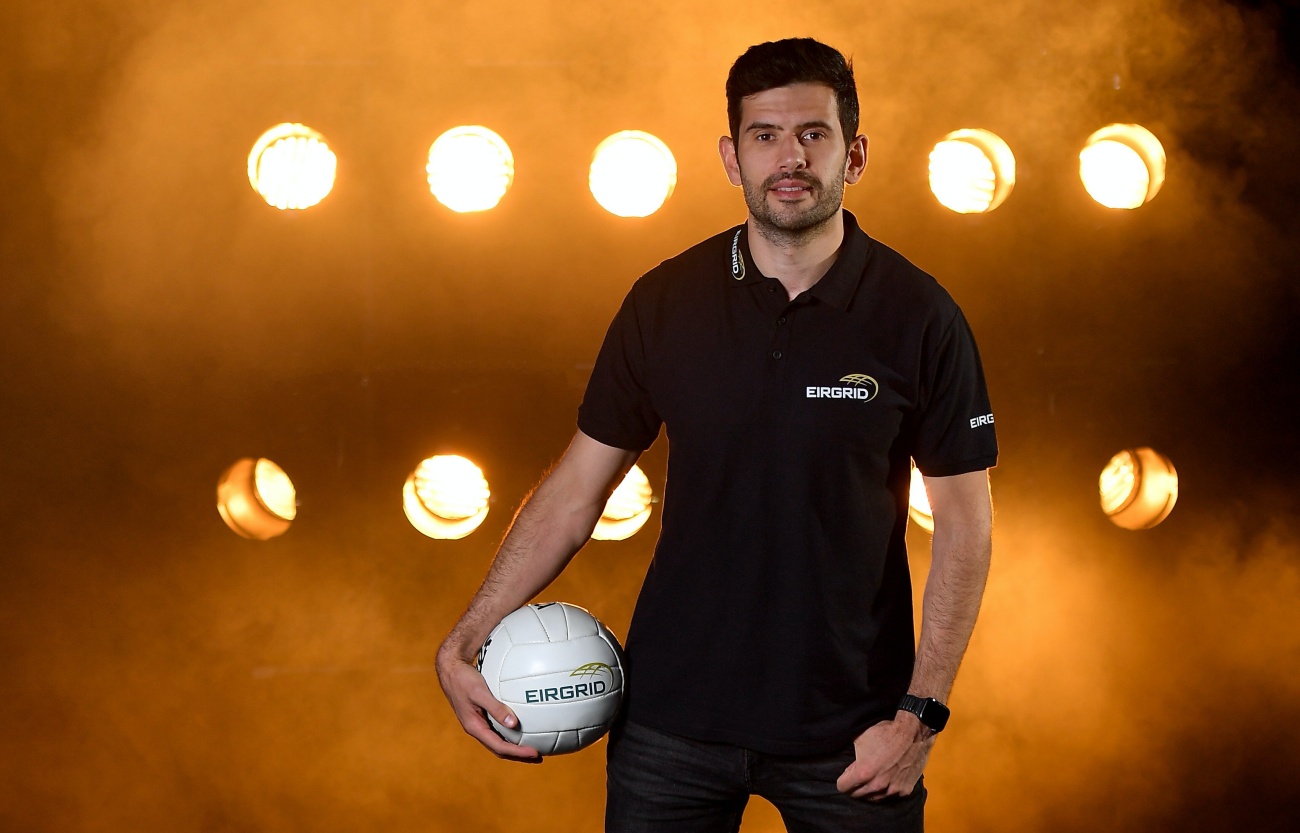 10 May 2022; Former Dublin footballer Cian O’Sullivan in attendance at the EirGrid Timing Sponsorship Launch. EirGrid, Ireland’s grid operator, is now in its seventh year as the Official Timing Partner of the GAA. Photo by Brendan Moran/Sportsfile


popular
Rangers legend says he and Roy Keane didn't speak during Man United spell
"Certainly not a position that I'd like to be in" - Rory McIlroy on Greg Norman controversy
Chris Sutton praises and throws subtle dig at Rangers after Europa League final loss
The coolest customer in hand-ball hoping to carry on the family tradition for Kilkenny
Rhodri Giggs accuses Gary Neville of hypocrisy over Salford sacking
Southampton target Gavin Bazunu and Irish-eligible striker Liam Delap from Man City
FootballJOE's Career Path Quiz: #6
You may also like
1 week ago
"Jesus, no, if he finds out, he'll think I'm going soft now." - the social life of inter-county GAA players
1 week ago
Buff Egan calls it as Laois skin the Cats in O'Moore Park
2 weeks ago
From a hurler to a super-sub to a starter who's determined to keep his place
2 weeks ago
"It's important to me to get our second team a bit closer to the first team" - Brogan does it for the club
1 month ago
"The players coming through aren’t of the same calibre.” - Christie on Dublin's eventual demise
2 months ago
Padraig Hampsey sent off for shouldering Cormac Costello onto the tarmac in Omagh
Next Page