A potent Kerry corner forward looks at it as the fifth league game - nothing more, nothing less.

You could be forgiven though for thinking of it as a must-win clash.

END_OF_DOCUMENT_TOKEN_TO_BE_REPLACED

Not since March 2015 have the Kingdom bested the capital. They 're supposed to be the two great forces of this country and they are but, lately, the rivalry has fallen lopsided towards the east coast.

Jim Gavin's men came to Killarney back in 2015 and they were given a hostile welcome, ambushed by the same county that had stolen their championship throne the year previous. You'd nearly have thought that the good, old days were back. 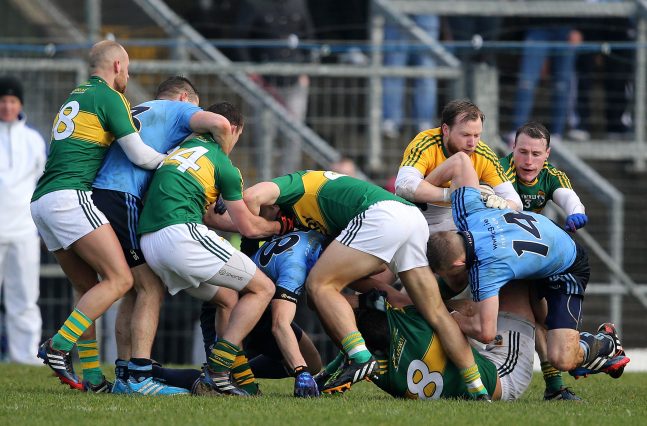 But Dublin haven't lost since.

Now, they're preparing for a tilt at five national leagues in a row and an audacious three successive Sam Maguire victories. For Kerry, it's a strange place having to play the role of the inferiors but Paul Geaney has only lost twice to Dublin in his life and he sure as hell doesn't fear them.

"It's a poor record we have at the moment. It's not nice to look at," the frightening forward told SportsJOE's GAA Hour with Colm Parkinson and Stevie McDonnell.

"I have two losses now against my name against Dublin and it's not nice to be on the other side of that roll."

Is there a psychological effect to that? Ha.

"Even from that panel two years ago, it's a fresher panel, it's a new panel. Me, I don't have psychological scars from being beaten twice by them. You'd have to be beaten five times badly to be having psychological scars, not when you're close and you feel you should've beaten them - especially in 2015, with things going this way and that.

"Last year we could've beaten them as well, we had them on the ropes but we didn't finish them off.

"I'd be looking at why didn't we finish them off, rather than we can't beat them. We can beat them, we just have to figure out what it is to stop them. When we do that, we will beat them." 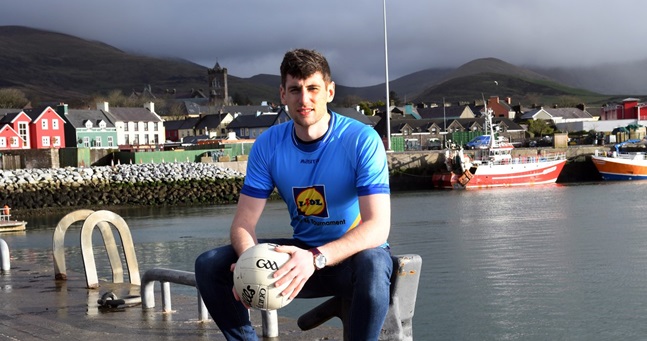 There's been a big change of emphasis down in the south west though. Kerry are going for the league this season and they're making no bones about it.

They have players back, they have a full bill of health and they have a consistent training base. Most importantly, that allows them to do one thing: Play football.

That's the only secret they have in Kerry.

"For once, we are training and we're training towards the league as a full squad where everyone is available," Geaney told SportsJOE.

"Before, we used to be here, there and everywhere for training. We'd be over in Rathmore then we'd be up in Tralee and we'd be on any pitch that was going because we didn't have anywhere to be. The hurlers, traditionally, would've been in Stacks Park or the under-21s would be training there because there's no floodlights in Killarney.

"We'd have been struggling for pitches and I'm not making excuses but football, skills is where it's important - especially in close games, you need to be nailing scores when fitness isn't where it should be.

"We have a better training schedule in Stacks Park - the ground is good there and we're playing better football there. It's bringing what we would've done later in the year going into the hard ground - it's bringing it forward a bit."


popular
"I trained with a guy that was born in 2004 the other day. We reckoned Earlsie could be his father!" - Peter O'Mahony
Nigel Owens on most annoying players to referee (three of them are Irish)
"I asked one question and lads slagged the arse off me!" - Johnny Sexton on Roy Keane chat
What is the story with Tyrone clubs' woeful record in the Ulster championship?
Six All Blacks but no Ireland players in world's top 20 list headed by Antoine Dupont
The story of the GAA's greatest ever minor
Longford GAA movie explores the tale so many young footballers can relate to
You may also like
2 weeks ago
Brian Fenton on Stephen Cluxton, Paul Mannion, and Dublin's transition phase as former stars retire
3 weeks ago
"You wouldn't have these lads on a massive pedestal" - Lahiff not standing back to admire
3 weeks ago
Dublin magician lights up county final with a sensational selection of points
4 weeks ago
Ian Garry on the message he received from Dublin GAA star before his UFC win
2 months ago
“It’s a hard one to even put words on now. I haven’t even fully digested it."
3 months ago
"I do think Dublin were complacent, you could even see it in their play" - Briege Corkery
Next Page