Hurling is taking over in North Dublin.

In 2015, DCU won their first ever Fitzgibbon Cup game. Fast forward three years and they're preparing for a final against UL, one of the competition's traditional powerhouses.

When Paudie Foley set off on his college journey in Glasnevin in 2014, hurling wasn't at the forefront of his thoughts. If it was to have been a decisive factor in where he'd pursue his third level education, he more than likely wouldn't have ended up in DCU.

That's because hurling was the poor relation in Dublin 9 where football ruled the roost.

"To be honest, the hurling didn't really come into my decision to go to DCU at the time," he told us prior to the Electric Ireland Fitzgibbon Cup final. 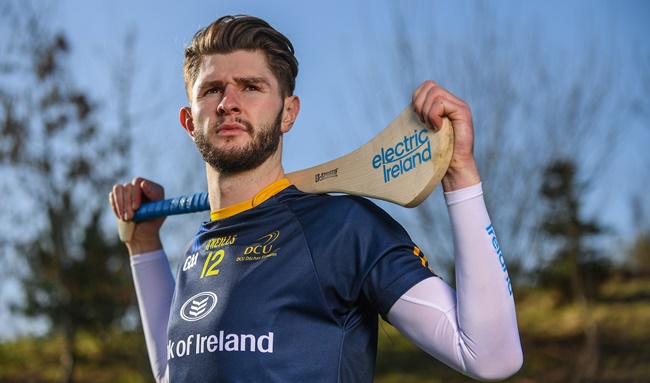 "It was more the course. Now I wanted to do PE and Biology, I always wanted to do that, and it was all focused on getting into that course, that was my dream course, dream job."

"But, then, once you get into DCU you feel that it's a tight-knit college, everything is close together on the campus, and there is a tight bond between the teams in there once you get in there."

The Wexford man arrived just at the right time.

"I felt that within the first month or so. You were able to bond with lads from all around. That's the beauty of college hurling and college sport in general," he said.

The progress wasn't instant. And just like the building of Rome, there were some delays, some struggles and some setbacks along the way, but the ultimate goal of building a competitive hurling team never faded from the minds of a group of stubborn, relentless men.

"Yeah, it only came about when we were freshers, that hurling started to get a bit better in DCU. It was all football up until then.

"Hurling has taken off, and a lot of it is down to Paul O'Brien, the hurling officer in DCU. He's got lads into DCU and the courses as well, I suppose, there's a good range of courses that got lads in. It's taken off since then, really."

"But it is changing, you see it now, there are a lot of lads coming from the likes of Kilkenny, Wexford, Waterford - some of the big hurling counties. There’s lads from Westmeath and other counties, too. It is changing and a lot of that is through the work of Paul O’Brien and the other lads there.

Men like Paul O'Brien. Men like Eoin Roche and Nick Weir. Men like Foley himself. Ambition was unwavering. No stone was left unturned along the way.

@DCUHURLINGCLUB have come a long way since carrying dead-weight like me on a panel. Unbelievable result, and a chance to make history in the final now. Well done lads! #DCUAbu #FitzgibbonCup

"He's created that out of nowhere. Just year on year, and the freshers teams have proven that. Well, our year we didn't do so well, but after that there was a League Final and a Championship Final the year after. They won the freshers championship last year.

"This year freshers have won the League. So it's improving year on year," he said.

Saturday's Mallow showpiece is a culmination of three, four or five years hard work for some. This squad is the best in the college's history. This squad is at one.

"The Freshers winning the All-Ireland last year, they were a very tight-knit group and I thought maybe they might stick with themselves and whatever lads who played Fitz last year with stay to themselves."

Refreshingly, team nights out have been central to this. In college, your teammates are from different counties, different places and at first there's no denying that lads will take a while to fully bond.

The best way to get the slags trading, the craic rolling and the team at one is through nights out. The DCU lads are a band of brothers now but these nights out were central to the alliance.

"But the first few months of this year, September, October, November, we had a good League run and different nights out and stuff like that and we bonded very well."

Now they spark off each other and as is the way with most Irish men, their way of showing friendship is by slagging the living daylights out of each other.

"It is, yeah. It creates such a good bond. Slagging each other. Things you wouldn't say to a lad when you're just talking to him in training, you'd say it on a night out. You get a bit looser, that kind of thing.

"And then, sure, the next day you're laughing about the things that happened the night before. In my opinion that's how you create a very tight-knit bond.

"Everyone is the best of friends. I think that's key to us being in the Fitz Final.

Foley, a Wexford senior loves playing for his college. 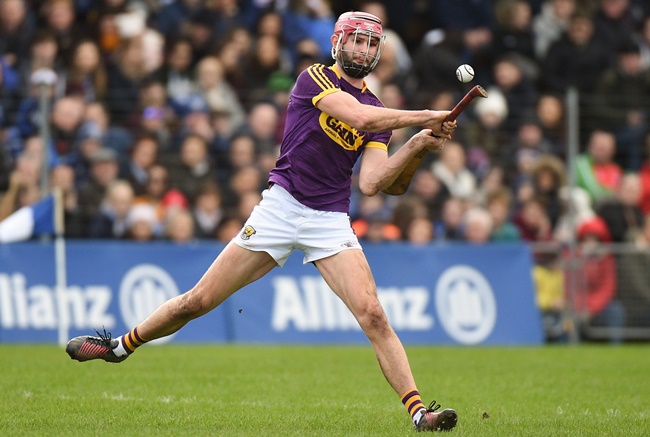 "Definitely, yeah. I think with Fitz, you feel a lot of enjoyment playing. It's hard to describe the feeling but it is different to your club or your county. It's something where, maybe, there's a little less pressure on you.

"You're just going out and you want to hurl really well; do it for the lads that are around you, the lads that you're studying in college with, the lads you're spending your weeknights with. After training, say, you're going to the cinema or just hanging around, like. You build great friendships. You just want to do it for each other really. It's a special competition really.

A star-studded UL side will go into Saturday's meeting as raging hot favourites. But DCU Dóchas Éireann won't be taking a backward step.

"Well, you've seen their results so far. They've been blowing teams away but we won't fear them either. We'll go in there, it's an opportunity for us, hopefully, to take them. On paper, they're a very strong team. They've shown it so far. We'll just go an see what happens really." 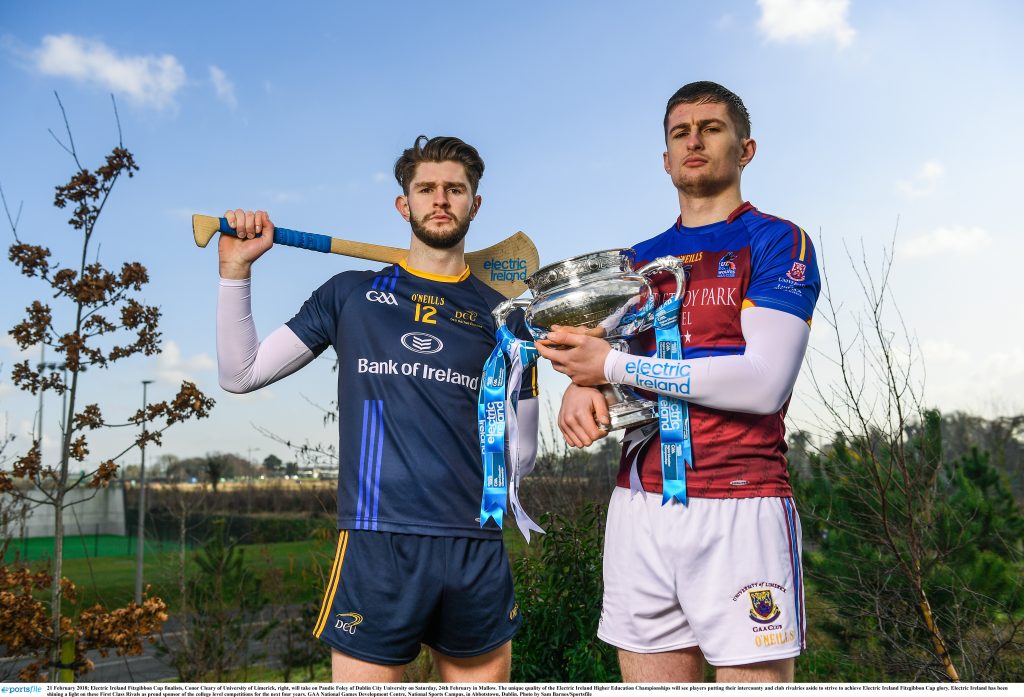 popular
SportsJOE 2000s Football Quiz | Round 12
The SportsJOE 12 o'clock quiz | Day 142
Only a Champions League fanatic would get full marks in this quiz
Collin Morikawa makes huge world rankings leap as Lowry drops back
Brooks Koepka puts PGA Championship leaders on notice with final round comments
Mickleson winds up Faldo as Dustin Johnson grabs PGA lead
Rory McIlroy defends Dustin Johnson after Brooks Koepka comments
You may also like
6 months ago
The three Kildare men putting their county on hurling map on Fitzgibbon weekend
6 months ago
Champagne IT Carlow, Donnelly's divine wrists as Fitzgibbon final four hots up
6 months ago
Jerry Kelly: Hurling with abandon
6 months ago
Molloy braced for another clash as Sigerson and club fixed for same day
1 year ago
Gillane turns on the style as Mary I power into another Fitzgibbon final
1 year ago
Galway's inseparable pair forgetting loyalties and fierce rivals joining up in last Fitzgibbon 4 standing
Next Page