"Obviously, he's got that from Cross" - Armagh potential brings Clarke back from bright lights

A 25 minute chat feels like it was only ten and from the very first word, you're hanging on the next one. He talks slowly, almost methodically and everything he says he means.

This isn't a man in a hurry, he seems to have all the time in the world here just like he does when he's on the top of the right in the Athletic Grounds of a Sunday afternoon.

And as is the case in Armagh's county grounds, he always has a point. 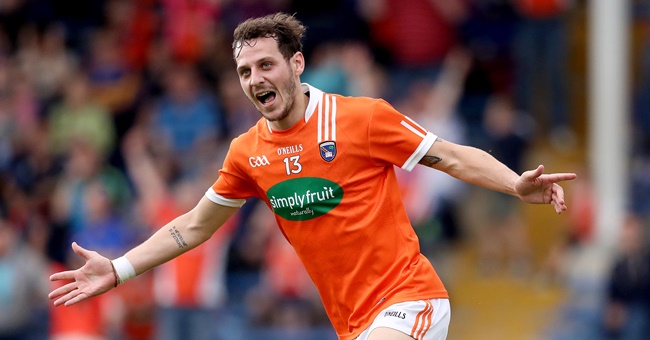 This is a man who's seen everywhere, from New York to Sydney to Crossmaglen, who's experienced plenty from winning an All-Ireland club to setting up his own fashion label and that's why it's nearly always a good point too.

So, where to start? New York is the obvious one and more to the point, what's brought him back to Armagh, for a second time?

"It's ultimately because of football and that love for Armagh. That's why I'm back. Over there, it was great. You get to play but when you're seeing the lads togging out, you know 'That's what I represented and all I grew up dreaming.' You want to be back playing for Armagh," he says at the launch of Bodibro sportswear.

"There is that [sense] that you don't want the regret and you want to keep going. I think I'll stay now and see out my career, however long that might be," he says.

Armagh brought him back, but the Big Apple did its best to hold onto him.

"I did an internship for a fashion agency. I was working in a bar as well, which is great, the extra couple of pound needed to pay the rent because it's expensive," he says.

"There's so much to do over there. Even from a networking points of view, the amount of people you meet over there is mad; from all industries and all ways of life. For me, doing that and even doing it again last year, I really don't regret it because it adds a lot of characteristics to your own personality, whether it's humility... you're just growing as a person. It maybe makes you realise what's important, finding those things out about yourself because you are on your own. It's not always about New York, the bright lights, it can be difficult too, but it's just what's needed sometimes too."

And the football was good too.

"It was a great experience. We trained for ten weeks. Playing with guys from all over Ireland was nice. It was just about keeping fit and keeping that routine up all the time." he said.

But for now, he's just buzzing to be back in with Armagh and when he beams about Crossmaglen for a while, you just know he missed this kind of thing. 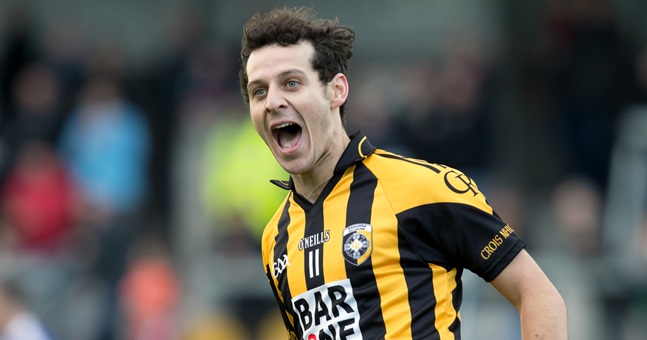 Clubmate Rian O'Neill is striding onto the Armagh scene as a precocious talent now, not unlike Clarke a couple of years ago, and Clarke is excited about the prospect of playing alongside him.

"Even Rian [O'Neill] coming through now, he has that swagger about him. Obviously, he's got that from Cross. It allows him to perform, once he gets on the big stage, and for it not to faze him.

"He's really starting to come into his own now. He has big career ahead of him. Even in the next couple of games. You'll start to see him progress because he's starting to get comfortable playing 70 minutes at inter-county level."

"Going back on the Cross thing, there's that telepathicness there where we know... We have our own language, where we can communicate, which is great. For me and Rian, I just try to get him to communicate on the field a lot more. That goes for us all, it's an important part of the game now is just talking, talking, talking."

That's enough to have Armagh fans buzzing, and Clarke has high hopes for the year ahead with the county.

“I’m just really enjoying the football at the minute, there’s a great group of lads there and it’s just great to be a part of the team. Particularly with Armagh there, we feel we can go places. We’re going in the right direction I suppose, despite the results, but I think the mistakes we’re making at training are the ones we’re making on the pitch so if we can rectify that, we feel we can get those couple of wins in the next couple of games.

“The work we’re putting in, the friendship in the group, the trust, the style of football we’re playing, the way we’re playing, the chances we’re creating - I think it’s just down to missed opportunities you know, we have our targets and we’re getting there, it’s just trying to convert them."

Given the chance, Clarke will put them away.

Away from the field, these are exciting times too with his own fashion label in the offing.

"Again it goes back to the football, it’s about believing you can do something that’s going to have an impact. That’s why I want to make clothes that are contemporary but still classic - that I can wear that you can wear, that’s really current and cool, so again with good quality. It’s something I’m passionate about, weather it’s colour or style...It’s something that reflects who I am - it’s an interesting, exciting time and hopefully it reflects who I am off the pitch as well." 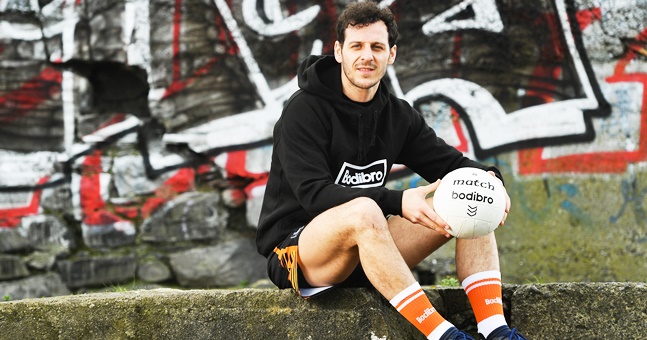 popular
McGregor admits shout from Dustin Poirier's corner got inside his head
Roy Keane story shows the power he had at Manchester United
McGregor's first words to Poirier after defeat show where the damage was done
Jolie Poirier certainly let her voice be heard after her husband's win over McGregor
Dustin Poirier annihilates Conor McGregor to earn stunning UFC 257 victory
Khabib Nurmagomedov reacts to Conor McGregor's shock UFC 257 loss
Bruno Fernandes training ground story proves he was perfect man for free-kick
You may also like
1 month ago
Free-scoring Mackin lights up the ladies championship for Armagh
2 months ago
Ladies championship starts with fireworks as Armagh blitz Tyrone in nine goal thriller
4 months ago
The Armagh club drawn from 200 homes that dethroned the mighty Crossmaglen
5 months ago
"Don't consider carpooling to training is the advice now" - Killeavy back in business
7 months ago
"As a community, we won't accept any other way now" - GAA and rugby team up to tackle Covid-19
1 year ago
Defenders do everything right yet Conor McManus kicks boomer off balance and off the left
Next Page