New York GAA is not a piss about, the commitment the players are putting in is serious

The All-Ireland football championship has begun.

Just like to gave Roscommon their fill of it and they were spirited against Sligo, New York got even closer this year to a first Connacht win after drawing with Leitrim and then leading them with one minute to go in extra time.

The American outfit are finally carving out a reputation for themselves, and punters, commentators and GAA fans alike are taking notice.

The improvement in the fortunes of the New Yorkers hasn't come about by coincidence, however. There's been some serious work going on and they're threatening more and more to reap the rewards.

Last summer, New York manager Justin O'Halloran joined Colm Parkinson on The GAA Hour Football Show and the Cavan man revealed the depth of the commitment being made by his squad of players.

"We’d be training collectively three times a week on the pitch, and then there’d be two nights a week when they’re doing gym work collectively," he said but that is not the scale of it - not by a long shot.

"In fairness to them, we’re getting home from training some nights at 11pm and some of them are up at 4.30 in the morning to go into work. It’s a very tough situation to be in but I’ve no complaints from any of them… they've just done their best at training and what more can you ask?”

The Cavan man has had absolutely no problems from his players regarding dedication levels but, of course, as he said in the interview, this biggest struggle is how the team changes every single year. 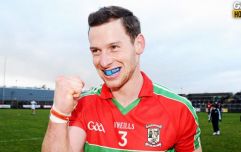 END_OF_DOCUMENT_TOKEN_TO_BE_REPLACED

Under his regime, his side are certainly training as much as any other inter-county team today. This may come as a surprise to certain GAA followers who may be of the opinion that players go out to New York for the piss up or other reasons. No, this is serious business.

Listen to O'Halloran's interview from last summer around the 42:00 mark.


popular
Dublin club Man O'War suspends all training and matches after positive Covid-19 test
Roy Keane on the experience of being managed by Jack Charlton at USA 94
"Never back against the Irish" - How the BBC covered our USA 94 win over Italy
Jack Charlton's role in getting Roy Keane to Manchester United has been revealed
The SportsJOE 12 o'clock quiz | Jack Charlton special (Day 112)
Packie Bonner on being Celtic's teenage goalkeeper and angering Jack Charlton at Euro 88
WATCH: Amazing scenes at Aviva Stadium as Jack Charlton is given standing ovation
You may also like
4 days ago
Na Piarsaigh's coaching set-up a juvenile's dream
1 week ago
"I have more work done than any player in Ireland" - The Trevor Giles tribute show
3 weeks ago
"I don't think forwards like when you play that half a yard in front"
3 weeks ago
"I couldn't look somebody in the face and shake their hand if I'd been dragging off them for the hour"
3 weeks ago
"He was a nightmare to play against...you were just a sitting duck"
1 month ago
Easy does it: The art of the trash-talk with Eamon McGee
Next Page